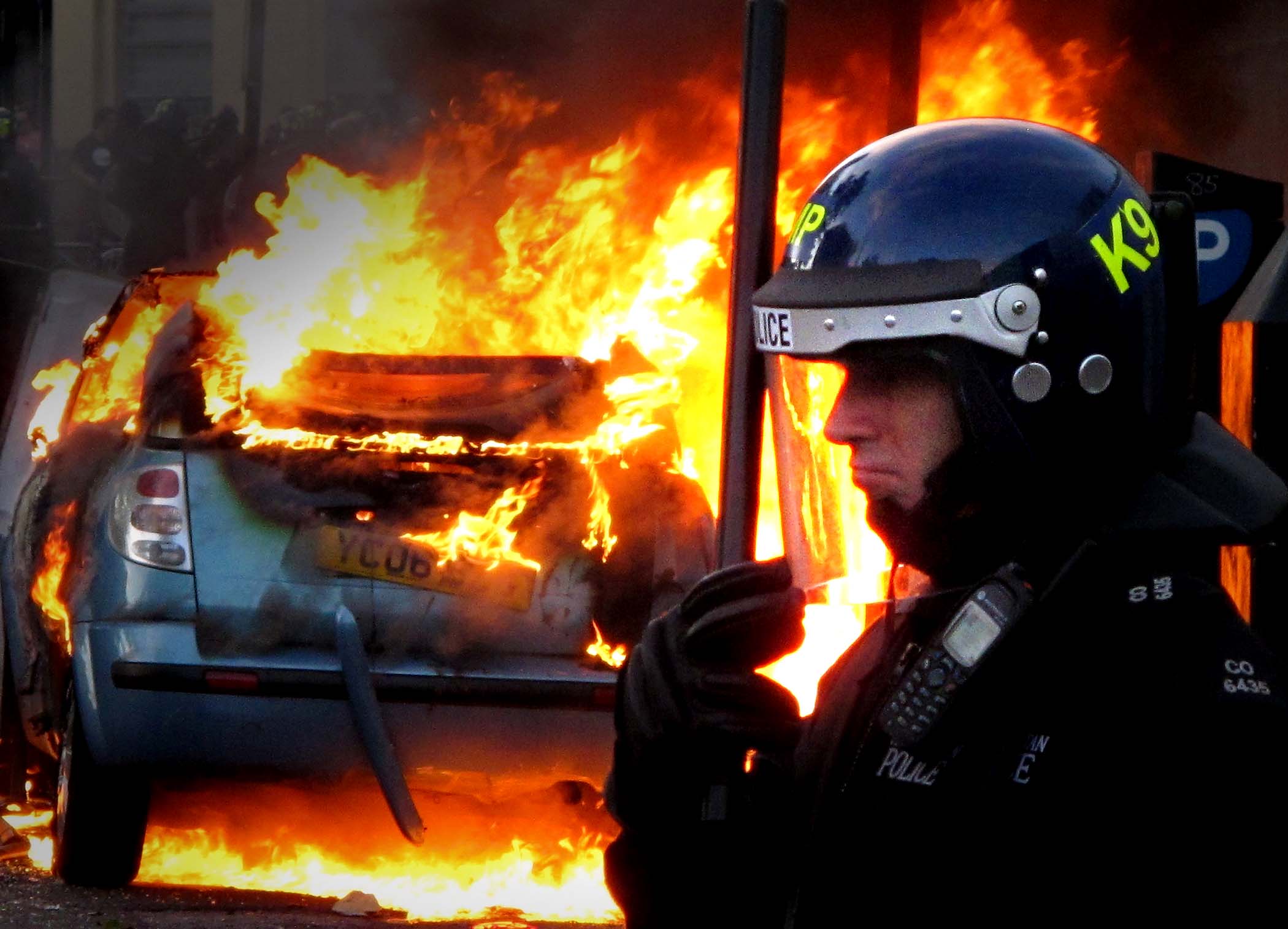 There is plenty of news covering the riots in Britain. So we won’t go much into the details, except to say that racist cops shot and killed someone, and lied about it, again.

It can be easy to romanticize riots from afar. The experience closer up is obviously a different experience. Liberating for some, terrifying for others. But they happen for a reason, regardless of individual experiences. Perhaps the best metaphor for most urban riots, especially in the so-called first world, is a forest fire.

Wildfire has always been a necessary part of most forest ecology. For millenia, human societies lived with fires, learning to work with them, and even light them on occasion, to improve hunting and local agricultural endeavors. But with the fear of fire, and the capitalist desire of a planet under industrial control, natural wildfires burn hotter and more destructive. And the newly planted tree farms after a clearcut are the worst. 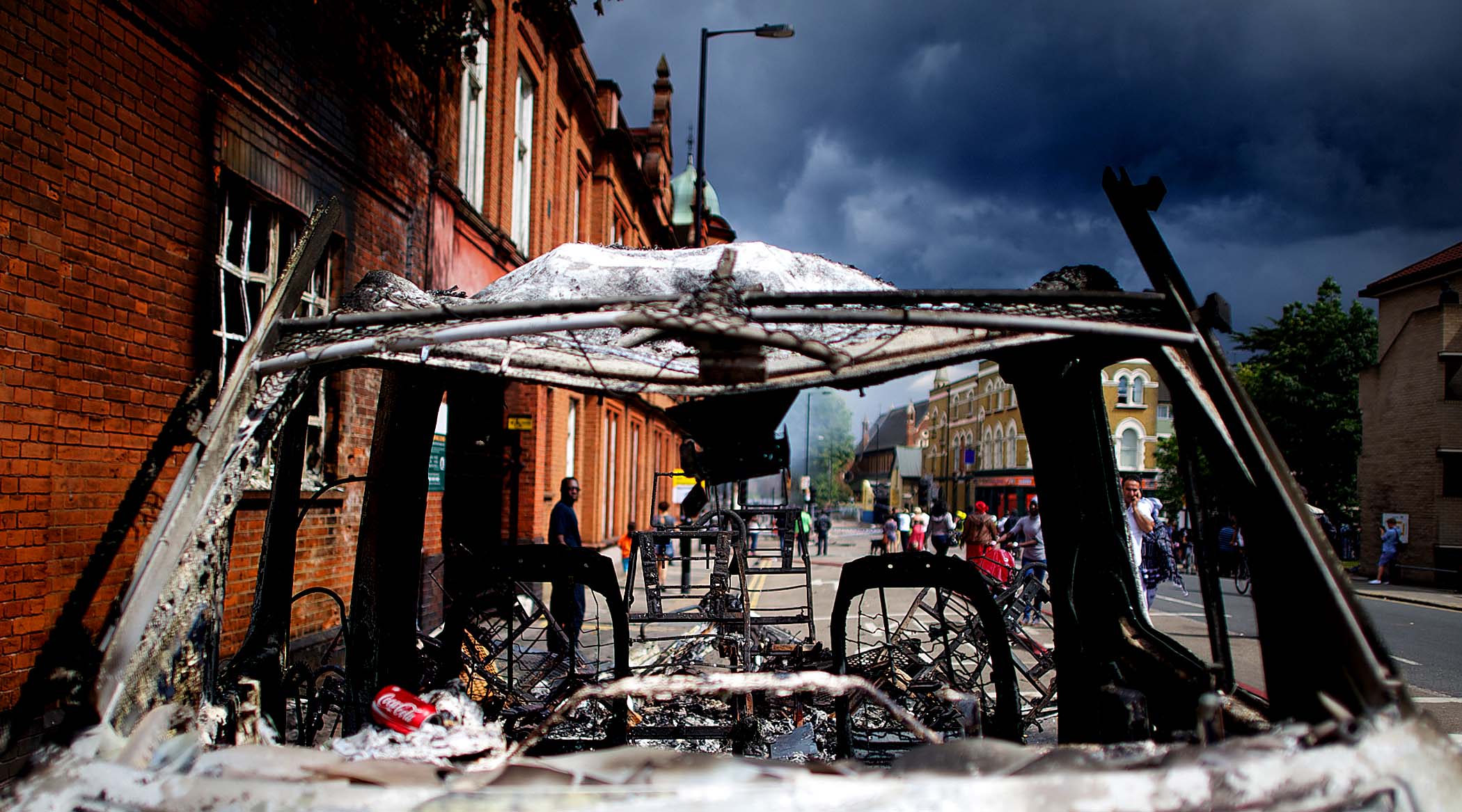 A burned out police van sits on Tottenham High Road on August 7, 2011, a the day after riots where two police cars and a large number of buildings were set ablaze.

There is much to burn off in the modern urban setting. Like in a native forest, it may be the only way for biodiversity and any semblance of real harmony to return. And like a forest fire, its worth the carbon footprint.

On a side note, the New Orleans police who killed two people and wounded more on the Danziger bridge after Hurricane Katrina were found guilty this week. Guilty of “civil rights violations,” not murder, even though one of the officers “stomped and kicked” Ronald Madison before he died. Five officers are scheduled to be sentenced on the charges December 14, 2011.

In 1992, the Chicago Surrealists, several of whom were also Earth First!ers, released an essay on the LA riots, “Three Days that Shook the New World Order,” which closes with these lines:

Fire destroys a Sony warehouse in Enfield in north London

“…As eco-activists, radical feminists, point-of-production rebel workers and ghetto/barrio street-fighters begin to understand each other, to find their common ground and to pool their resources in united struggle and mutual aid, we shall begin to see a movement that might just be capable of toppling the inhuman structures that are killing us all…

The enemies, today, are those who try to separate these struggles.

In April-May ‘92 the world witnessed one of the traumatic first flights of this revolution which must go farther than any revolution has ever gone.

Outsiders of the world, unite! Freedom Now! Earth First! These three watchwords are for us but one.”