No Compromise in Defense of Mother Earth 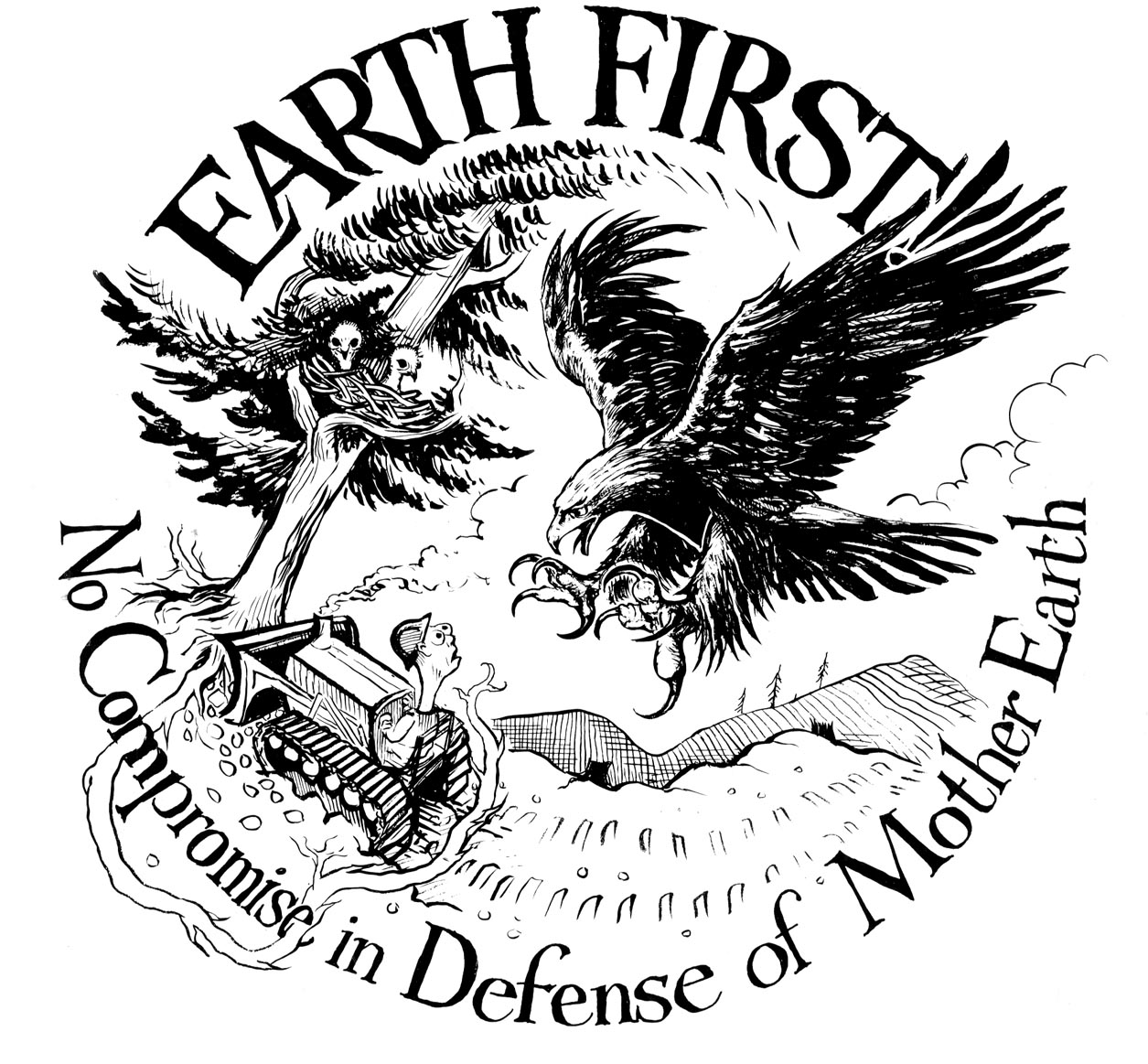 The very future of life on Earth is in danger. Human activities—from hunting to habitat destruction—have already driven countless species to extinction, and the process is only accelerating. The destruction of the Earth and its sustainable Indigenous cultures has led to tragedy in every corner of the globe.

Meanwhile, scientists have confirmed what Indigenous cultures have taught for thousands of years: all forms of life are vitally connected. Removing even a single strand from the web of life produces a widening ripple of catastrophe. On a more spiritual level, Earth First!ers understand that we can never be the healthy humans that we were meant to be in a world without wilderness, clean air and the howling of wolves under the moon.

It is not enough to ask politicians and corporations to destroy less wilderness. We need to preserve it all, to recreate lost habitats and reintroduce extirpated predators. We need to stop and reverse the poisoning of our air, water and soil, as well as the modification of life’s genetic code. It is not enough to oppose the construction of new dams and developments. It is time to free our shackled rivers and restore the land.

Earth First! formed in 1979, in response to an increasingly corporate, compromising and ineffective environmental community. It is not an organization, but a movement. There are no “members” of EF!, only Earth First!ers. We believe in using all of the tools in the toolbox, from grassroots and legal organizing to civil disobedience and monkeywrenching. When the law won’t fix the problem, we put our bodies on the line to stop the destruction. Earth First!’s direct-action approach draws attention to the crises facing the natural world, and it saves lives.

Guided by a philosophy of deep ecology, Earth First! does not accept a human-centered worldview of “nature for people’s sake.” Instead, we believe that life exists for its own sake, that industrial civilization and its philosophy are anti-Earth, anti-woman and anti-liberty. Our structure is non-hierarchical, and we reject highly paid “professional staff” and formal leadership.

To put it simply, the Earth must come first.

The Earth First! Journal is the voice of the radical environmental movement. Published quarterly, it contains reports on direct action; articles on the preservation of wilderness and biological diversity; news and announcements about Earth First! and other radical environmental groups; investigative articles; critiques of the entire environmental movement; book and music reviews; essays exploring ecological theory and a sometimes-lively letters to the editor section. The Earth First! Journal is an essential forum for discussion within the Earth First! movement. It is meant to be bold, controversial, amusing and diverse in content and style. You won’t find hard-hitting news like this anywhere else.