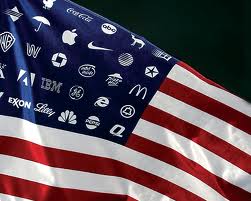 ALEC stands for American Legislative Exchange Council. They are an ultra conservative front group that brings corporations and politicians together. ALEC’s private sector board is made up of representatives from GlaxoSmithKline, Bayer, Koch Industries, to name a few. They write model laws that are then passed off to ALEC member state representatives as their own. ALEC is responsible for the passage of AETA (Animal Enterprise Terrorism Act), and have crafted a revamped broader version entitled Animal and Ecological Terrorism Act. They also crafted ECO-PLAN (Environmental Corrupt Organizations-Preventative Legislation and Neutralization), which seeks to use RICO-style anti-corruption laws against ecological advocates. ALEC’s model “eco-terrorism” legislation has already been introduced in at least 16 states.

ALEC has written bills that would have environmental activists labeled as terrorists for participating in civil disobedience and animal activists labeled criminals for the recording of animal abuse. Along with dozens of pieces of model legislation and resolutions favoring corporate profits over the Earth (pro-biotech, anti-environmental justice, etc.), they are also responsible for the “three strikes and you’re out” legislation, privatizing prisons, deregulating energy companies, scapegoating immigrants and union busting.

ALEC claims that 20% of all bills they write get passed into law.

Last week, the Center for Media and Democracy created a website www.alecexposed.com that lists the model bills that were previously confidential to ALEC members only. This includes over 800 bills that attack labor, health care, climate legislation, animal issues, immigration, seek to privatize prisons, and many more.

Below is a brief list of resources that will better help with background on ALEC and the mounting resistance to it:

*Protests in New Orleans at ALEC’s annual meeting Aug. 3-6. There is a schedule of events, housing board, and more info at ProtestALEC.org

*”ALEC Documents Reveal How Corporations Secretly Create New Laws” from Green is the New Red, by Will Potter

*State Representatives on the board of ALEC

*Other ways to get involved (suggestions from the blog Daily Kos, who has been tracking ALEC)