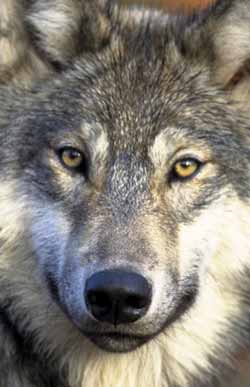 Two members of Congress — Sen. John Tester of Montana and Rep. Mike Simpson of Idaho — inserted language into the budget bill that would return wolf management to Montana and Idaho state control. Both states held wolf hunts in 2009 after the U.S. Fish and Wildlife Service lifted Endangered Species List protection on the species, but were blocked from doing so in 2010 by a ruling by federal judge Donald Molloy. In addition to allowing wolf hunting seasons once again, the legislative rider would allow people to shoot wolves that threaten livestock or pets.]]>