Click here to download the full 8 page pdf. Contents include: Earth First! ToolBox: Fun with Concrete, notes on the application of 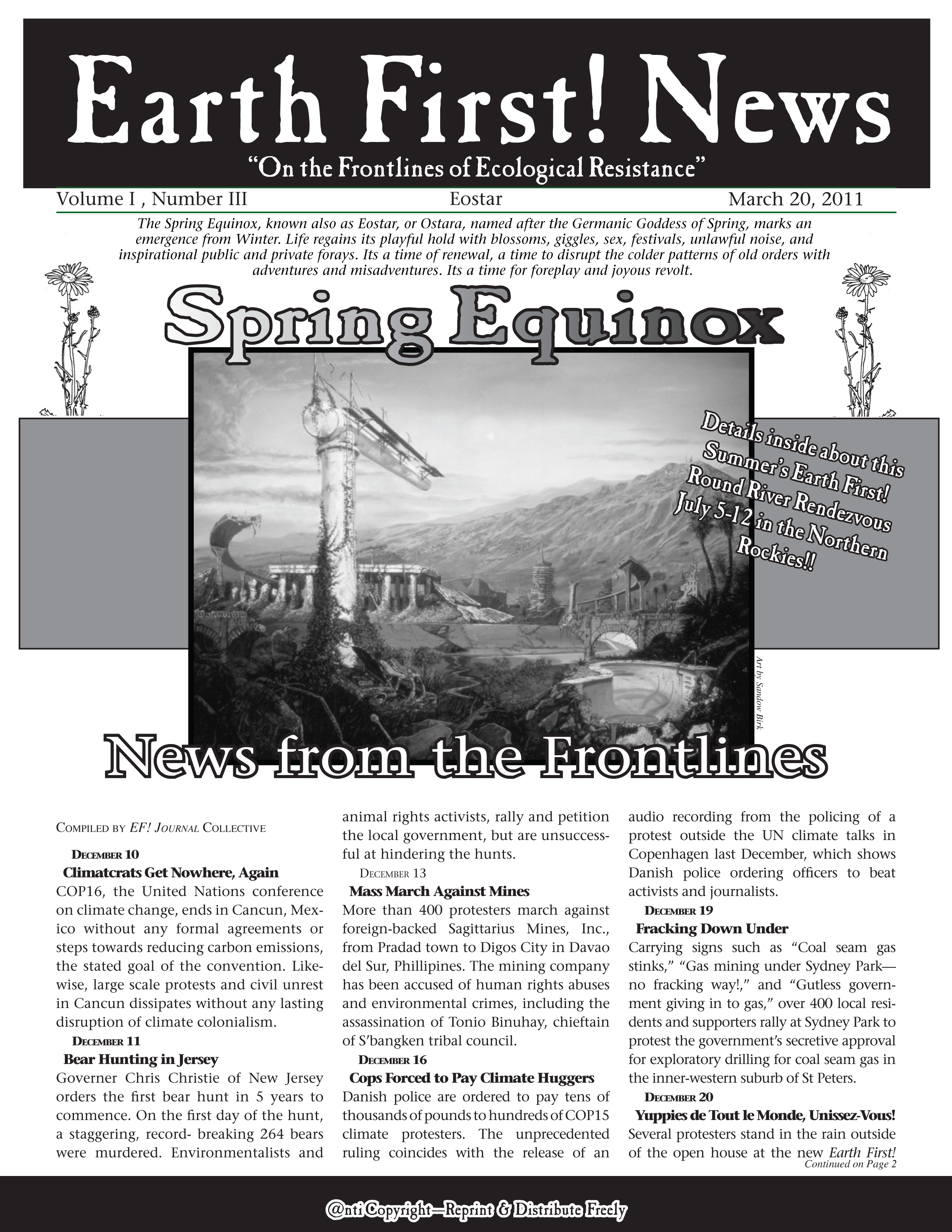 concrete to air intakes, exhausts, large electric motors, and gearboxes. News from the Frontlines: Top stories from the eco-wars over the last few months. Resisting the Tar Sands in Idaho & Montana: The official invitation to the Earth First! Round River Rendezvous in the Northern Rockies, July 5-12. Come join the fight against the mega-loads moving through the region to reach the Tar Sands in Canada. Prisoner Birthdays and Mailing Addresses: Pick up a pen and write to those who fight against the machine. March on Blair Mountain: An invitation to commemorate the 90th anniversary of he Battle of Blair Mountain, in which 10,000 coal miners rose up against coal bosses. Blair Mountain is currently threatened by mountaintop removal (MTR) mining.]]>