Despite only making up five percent of the population, indigenous people protect 80 percent of the Earth’s biodiversity. But indigenous conservation practices have historically been ignored and undermined by the West, deemed inferior to modern science.

More than ever before the Australian bush fires have forced us to accept that our climate is in crisis – a crisis we may never be able to recover from. Not so coincidentally, it is also a time when more people are listening and turning to indigenous knowledge to save them. 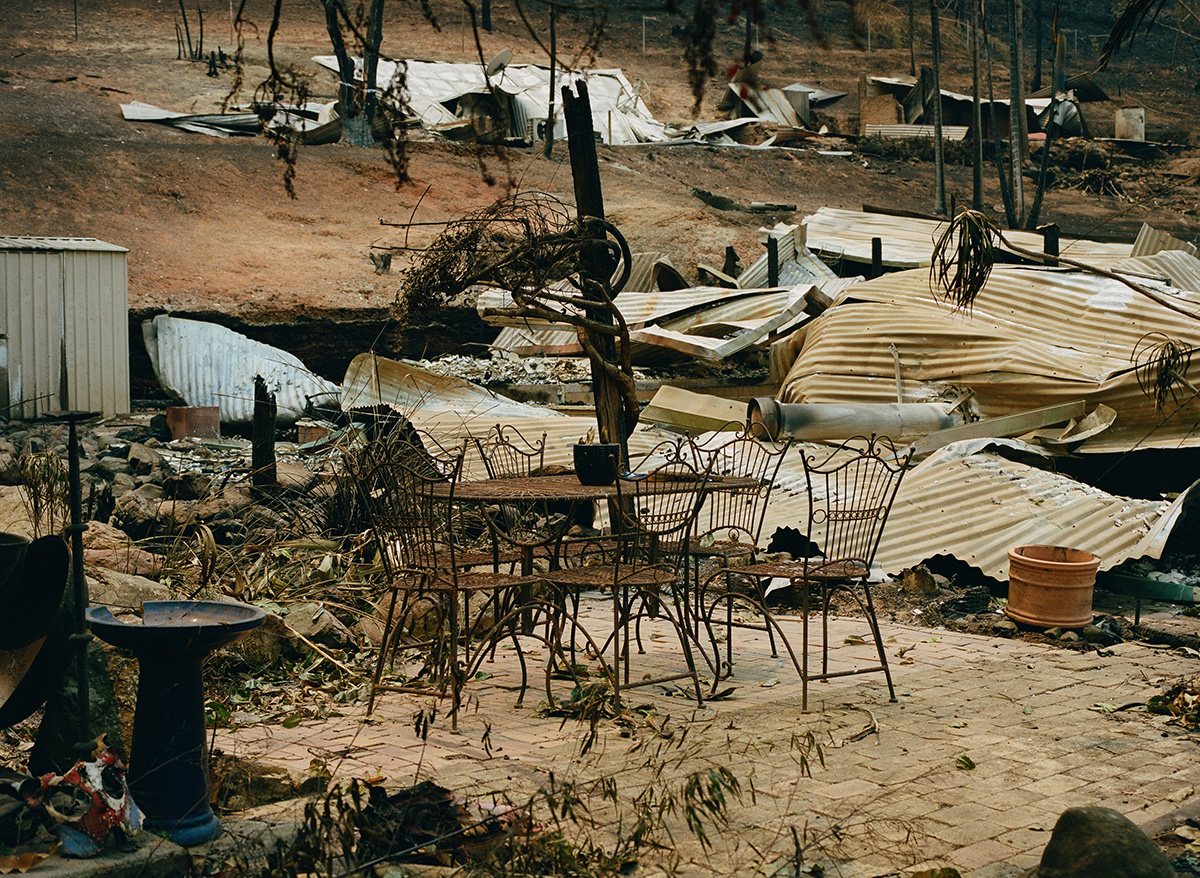 Each day there is a new article telling us about “how Australia’s Indigenous people can help the country fight fire” and “protect Australia from catastrophic blazes” in the future. But it’s taken the loss of over a billion animals, 27 million acres of land and the lives of 33 people for these voices to be heard. What if it is too late? 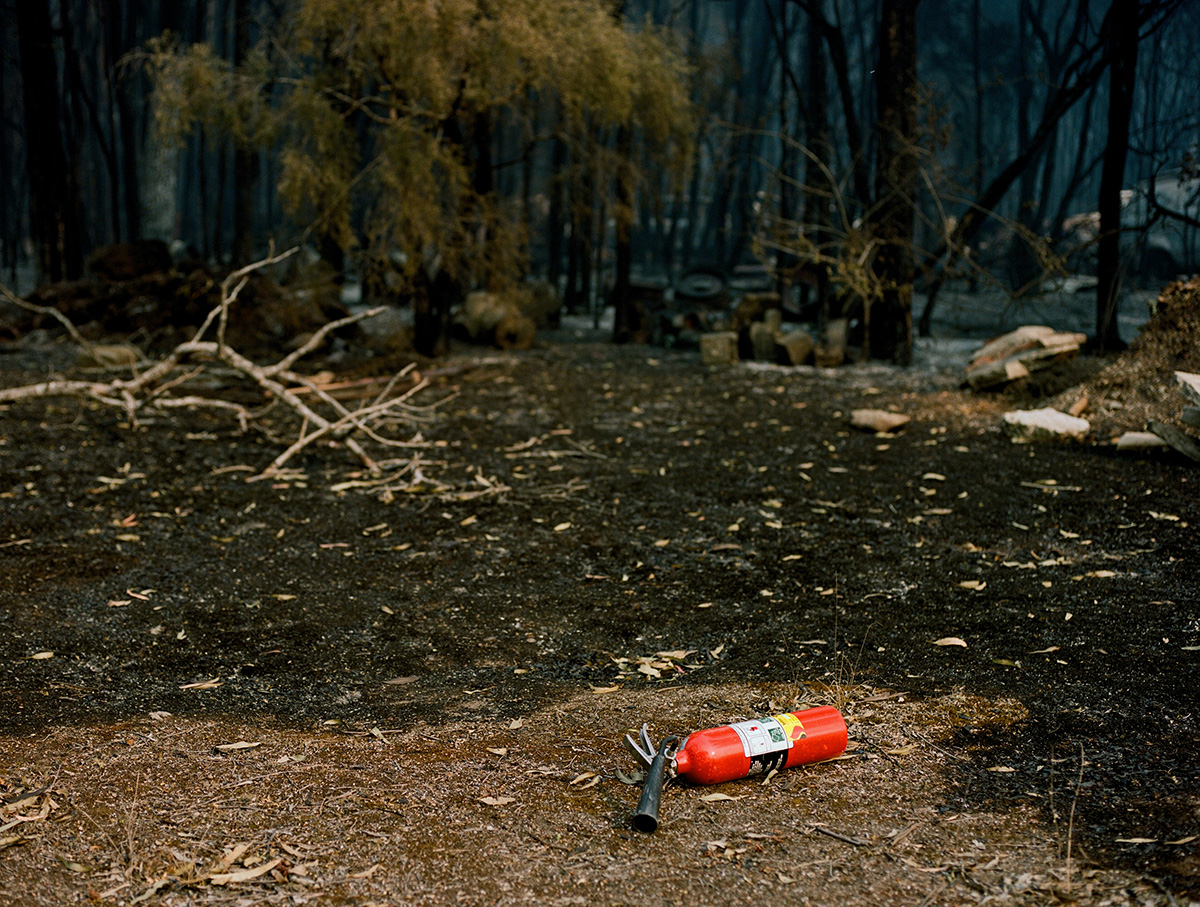 Shannon Foster is part of the D’harawal people, a group of indigenous Australians who originate from the area now known as Sydney. As a saltwater knowledge keeper, educator and artist, she is responsible for sharing her family’s stories and traditions to a range of audiences.

Shannon says her community feels angry and betrayed that their sacred knowledge can be treated as a backup plan only activated in a time of crisis.

“It is infuriating. It is really hard to have compassion for what is going on out there because it could have been so different. It is devastating when people don’t listen and then something like this happens.” 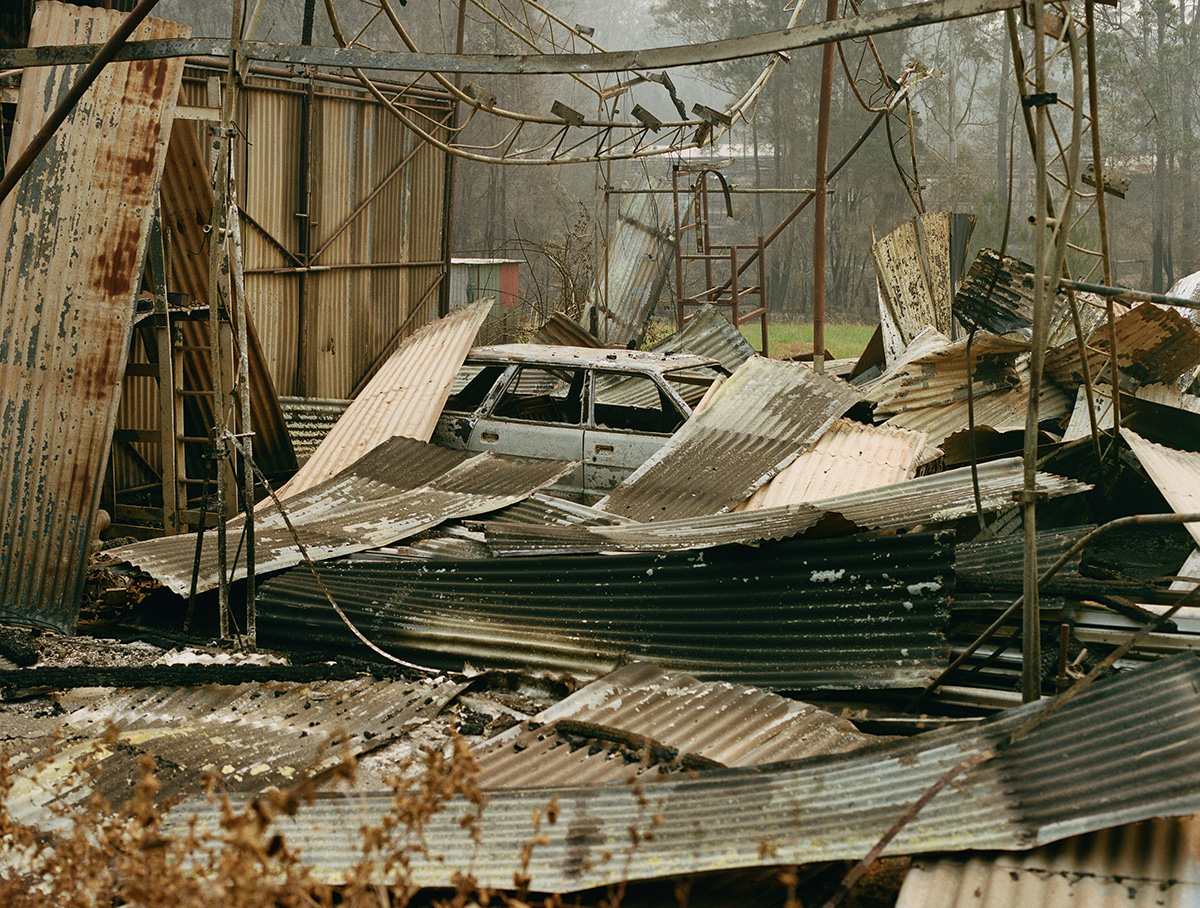 Aboriginal people have relentlessly tried to explain how the “right fire” needs to be applied in Australia. But being excluded or fiercely underrepresented in positions of influence makes this message awfully difficult to spread, let alone enforce.

For Shannon, being heard after all of this time is validating but also overwhelming. “You’re going to be thrown in the deep end. People are setting you up to fail because you’d be taking over an incredibly broken system and situation.”

“We’re coming off 230-odd years of being ignored. So now all of a sudden having a voice is really complicated… I think it’s a double-edged sword and I don’t know how many people are going to be running with open arms to embrace these opportunities.” 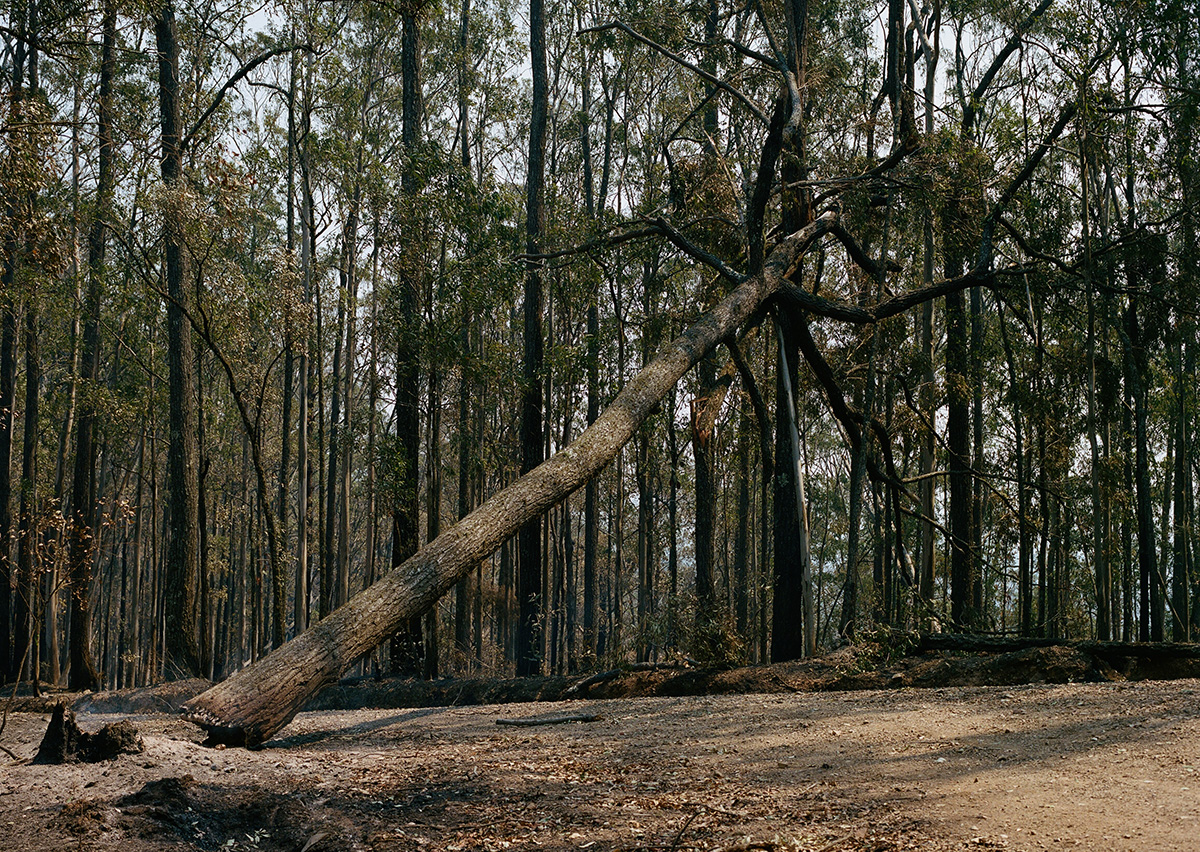 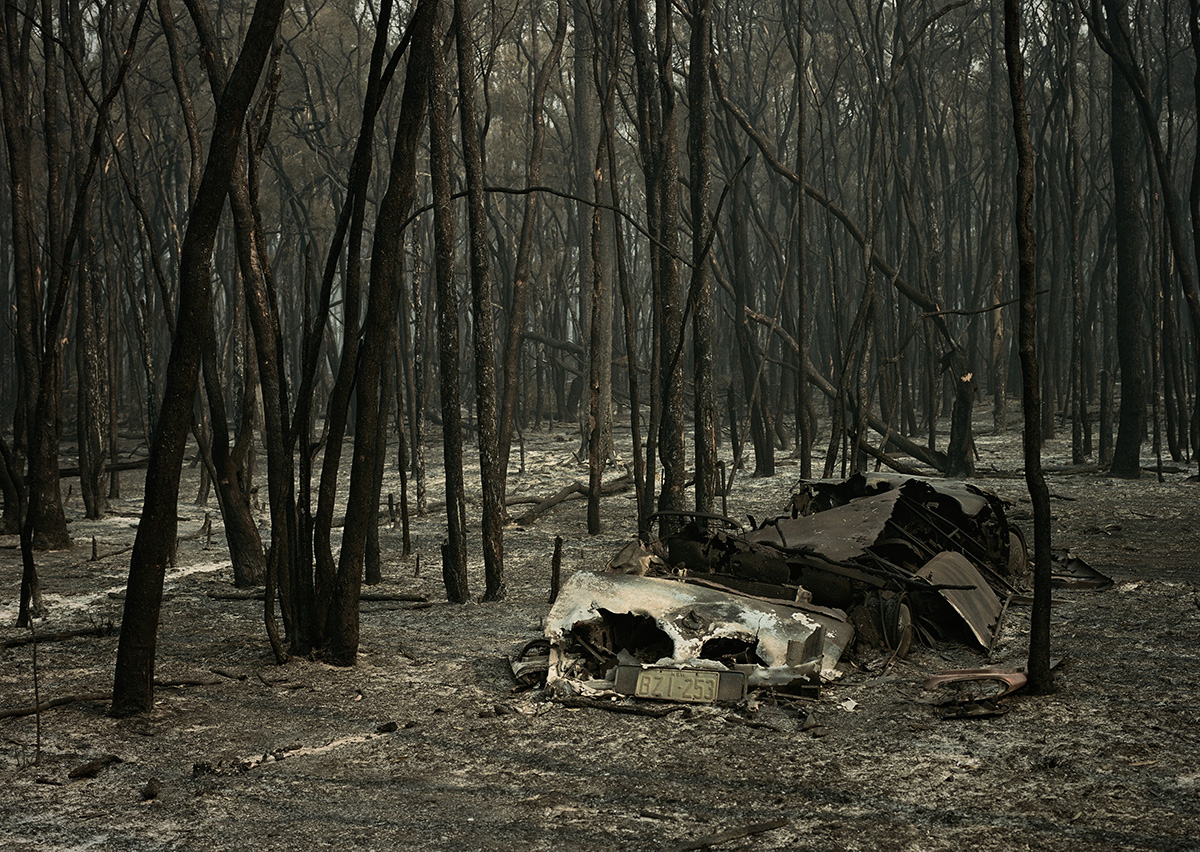 Jessica Wegener, from Ngiyampaa Wangaaypuwan in Western New South Wales, has worked extensively in indigenous land management in Australia. She is committed to revitalising traditional knowledge to repair and protect her country. This has led her to co-chairing Firesticks Alliance, an Aboriginal-led group trying to re-invigorate cultural burning practices.

Jessica says although this change of heart may not be fair, their network is ready to lead the way. “We are sick of seeing the country sick. We don’t feel that push to say no. You’ve come to us now, let’s get it done. We just need to be resourced and able to start implementing this knowledge in a better way.”

So what is this knowledge that we now consider so valuable?

Cultural burns are slow and small controlled fires that get rid of fire fuel, like highly flammable eucalyptus trees, to reduce the threat of wildfires. They are also called “cool burns” because the fires burn at a much lower temperature than hazard reduction fires or back burns. This allows for diverse and fire retardant plants to survive and germinate and protect the bush.

Cultural burning has dwindled since Australia was colonised in 1788. Despite efforts to reintegrate it in recent years, the practice is still restricted in parts of the country, leaving bush “unmanaged” and “unhealthy”, according to indigenous advocates. 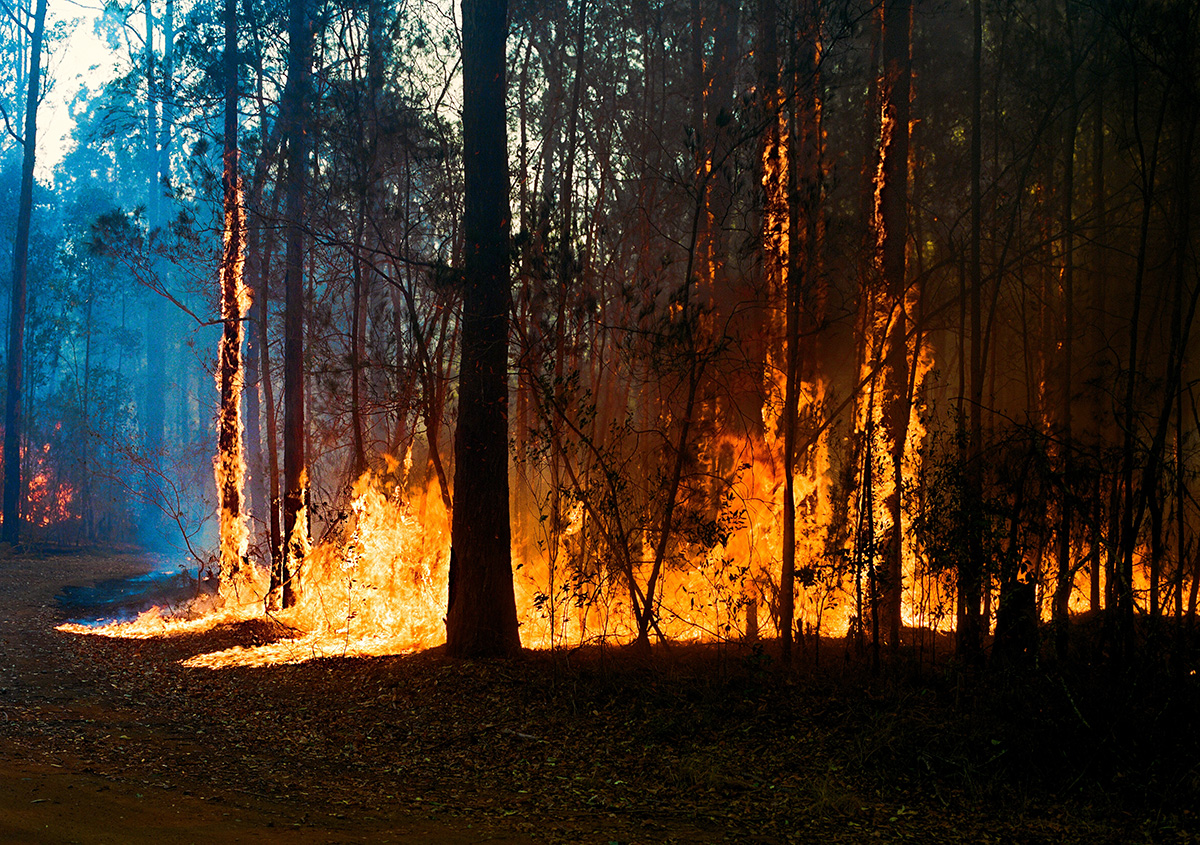 Instead, fire departments rely on conventional hazard reduction and back burning. Hazard reduction involves removing vegetation and lighting strategic fires to reduce the risk of uncontrollable fires. Back burning takes place after a fire has started and involves scorching the path of an approaching fire to actively rid fuel in its way.

“The way that I see fire fought these days, through back burning and hazard reduction, there is not the same level of consideration applied,” says Jessica. “We need the least amount of fire for the right area at the right time being applied. We need to be reading and connecting with the landscape more to understand these things.” 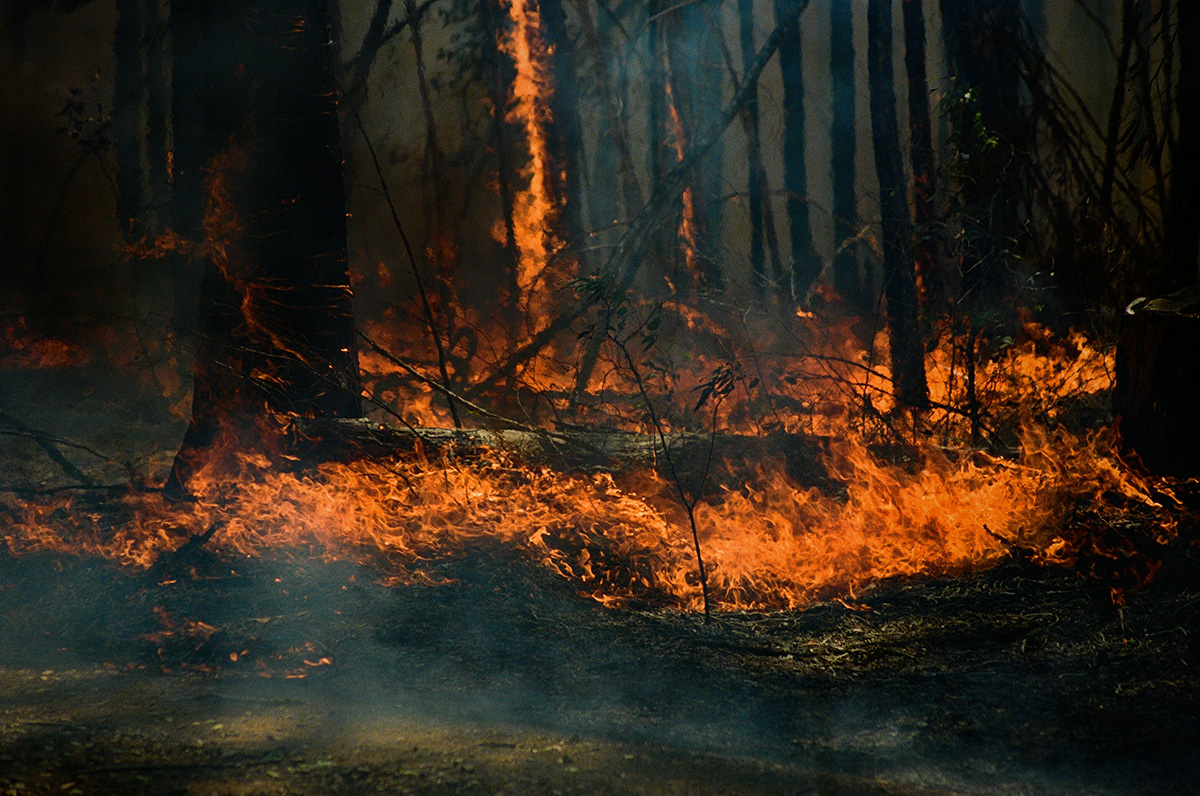 Whether it’s wildfires or conventional burns there is a cycle of hot fires moving through the bush, leaving only fire-loving plants and extreme fuel loads behind. Jessica describes what’s left as a “ticking time bomb”.

“You’d think that this fire would burn up all the fuel that you’re seeing within the landscape. But what actually happens is it chews up all of the canopy and creates this leaf litter on the ground that ends up leaving a fuel load that is probably five or ten times worse than it was previously.”

Shannon says the biggest issue with hazard reduction burns is they focus on saving infrastructure rather than environment. “They are looking to save assets, houses, roads, businesses. And they are not there to protect the bush or the ecology or animals or anything else, it’s almost like it’s dispensable land, and if we just burn this back then all of the things outside of it will be safe.” 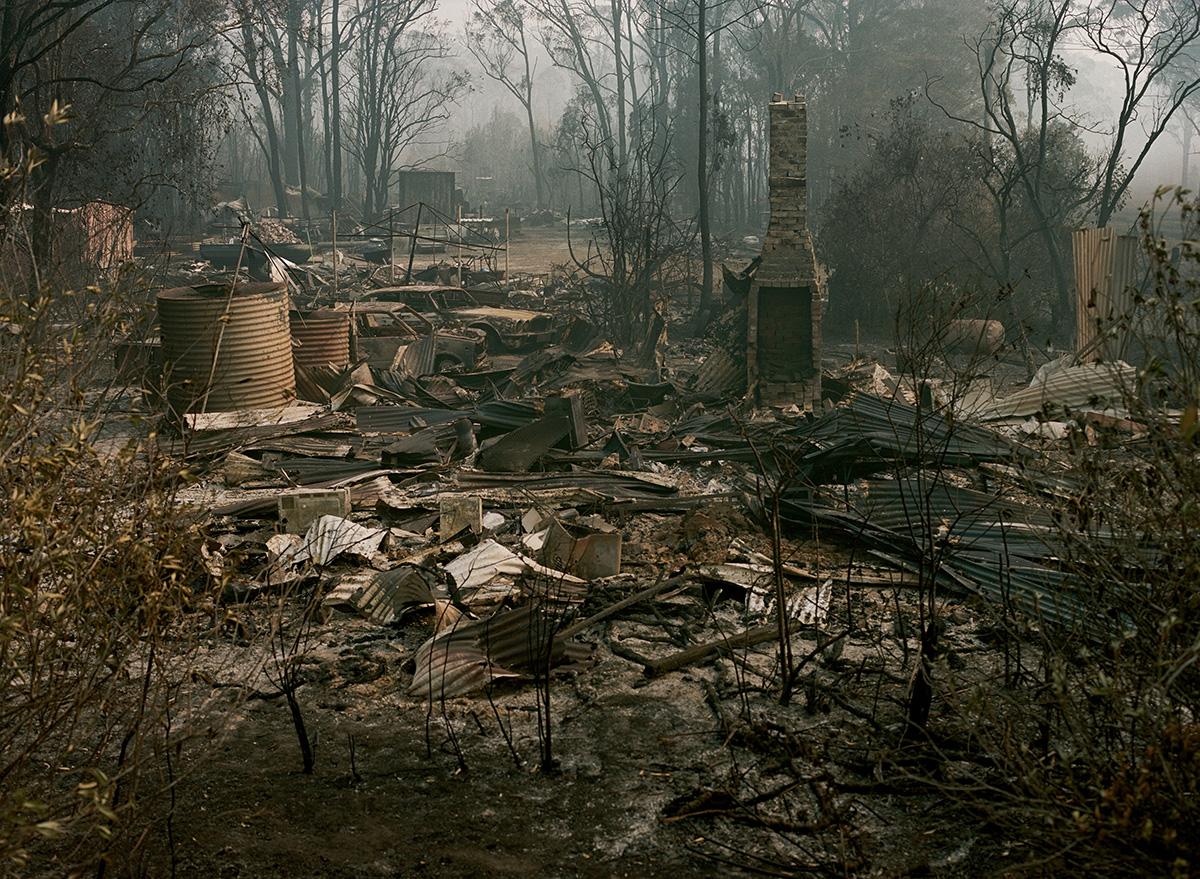 The window for safe cultural burning is typically between March and July, but Australia’s increasingly dry and erratic weather has made it increasingly difficult. Droughts have complicated the situation, stripping vital moisture from the forest floor.

In the next four years, Fire Sticks Alliance aims to train a hundred cultural fire practitioners across the country and create fire management hubs to support the return of these cultural practices.

“I do believe that it still can be done effectively and carefully and without causing any more harm,” says Shannon. “We can help alleviate some of those climate conditions that have been brought on by human activity.” 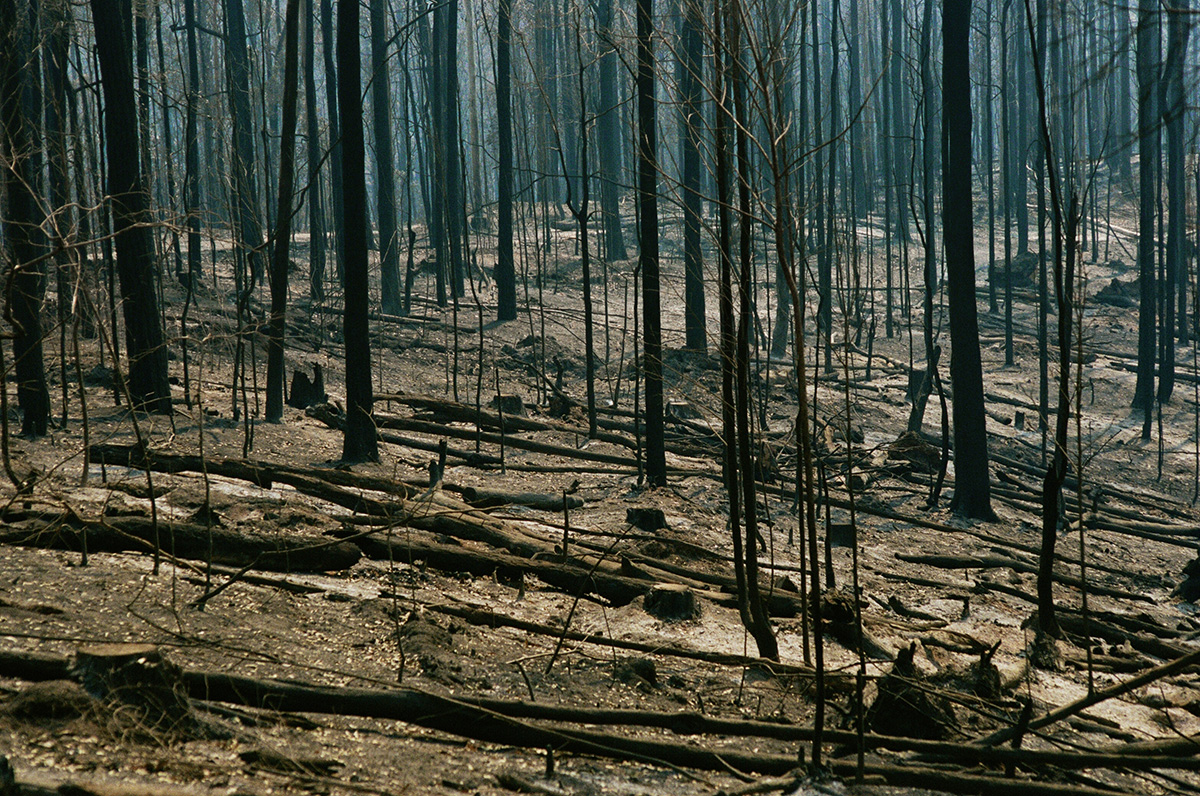 It doesn’t take much to notice parallels between Aboriginal people in Australia and Māori in Aotearoa. There is a wealth of mātauranga Māori (Māori knowledge) that has also been scorned and disrespected since settlers arrived on these shores.

Only in recent years has the wider conversation around climate change in Aotearoa begun to draw on mātauranga Māori.

Dr. Dan Hikuroa (Ngāti Maniapoto, Tainui, Te Arawa) is an Earth systems scientist and expert on integrating indigenous knowledge with modern science. Along with Shannon and Jessica, he finds it “remarkably sad” that this knowledge is only valued in a state of emergency.

“It’s highly frustrating because it’s only in a disaster where we’re actually knowing stuff and knowing what to do to prevent it. But it’s just too late.” 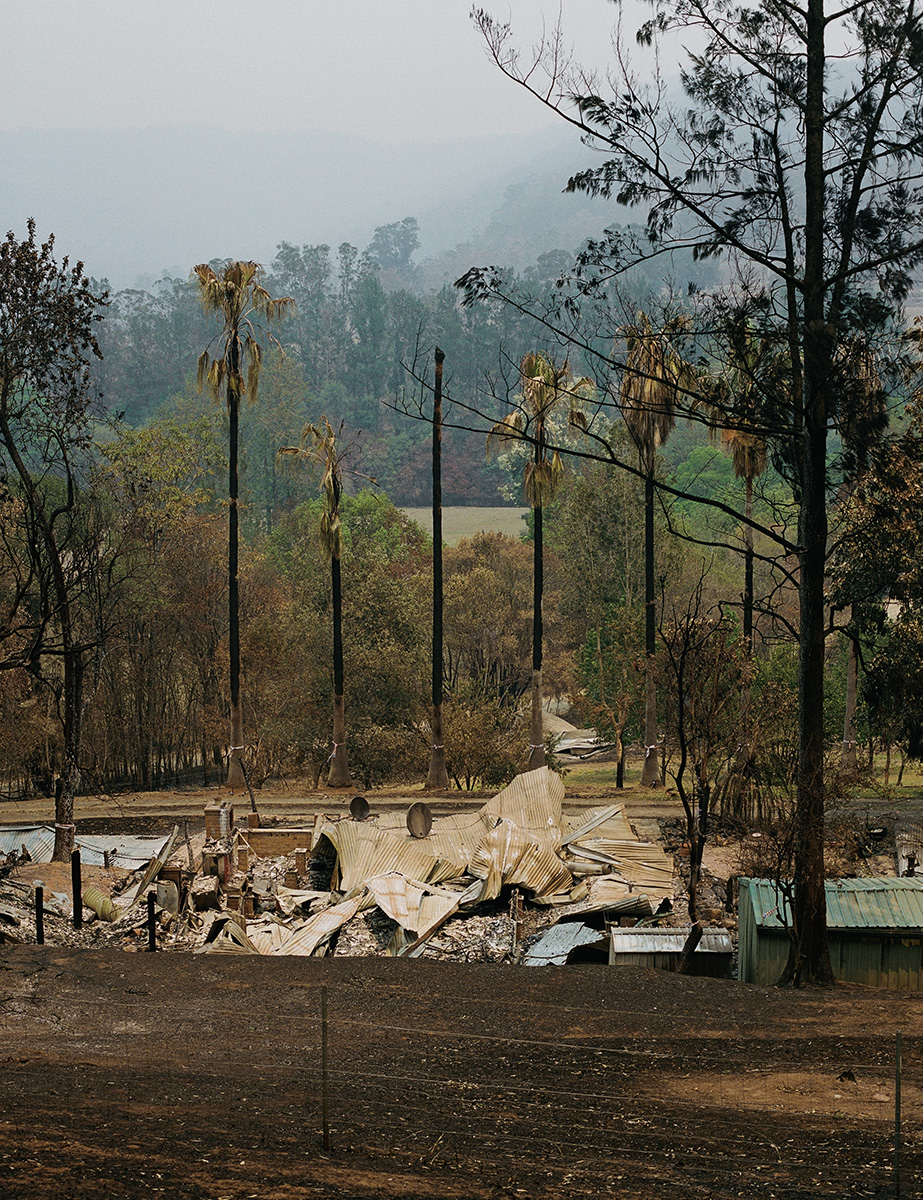 Similar to Aboriginal fire management practices, mātauranga Māori isn’t a quick fix. It is based on long-term closely attuned observations of what is happening in nature. Māori then record and codify these observations in story form, or pūrākau. “These stories talk about events in the past, but they can be used to predict the future,” says Dan.

The taniwha is a creature often featured in these stories. “One understanding is that the taniwha is our kaitiaki, they are our guardians. They give us a warning of where there is danger, where we need to beware,” he explains.

He points to the construction of a motorway in Waikato in 2002 as an example of this. At the time, local iwi Ngāti Naho warned Transit New Zealand that a section near Merememe would intrude on the lair of Karu-tahi, a taniwha. Eventually, the motorway was re-designed to avoid this area. Just 14 months after construction, a flood engulfed the lair of Karu-tahi, but the altered motorway was unthreatened.

“That is a very clear cut example of how indigenous knowledge can be used to make us more resilient because you don’t build in harm’s way, you want to build away from taniwha to stay safe,” he says. 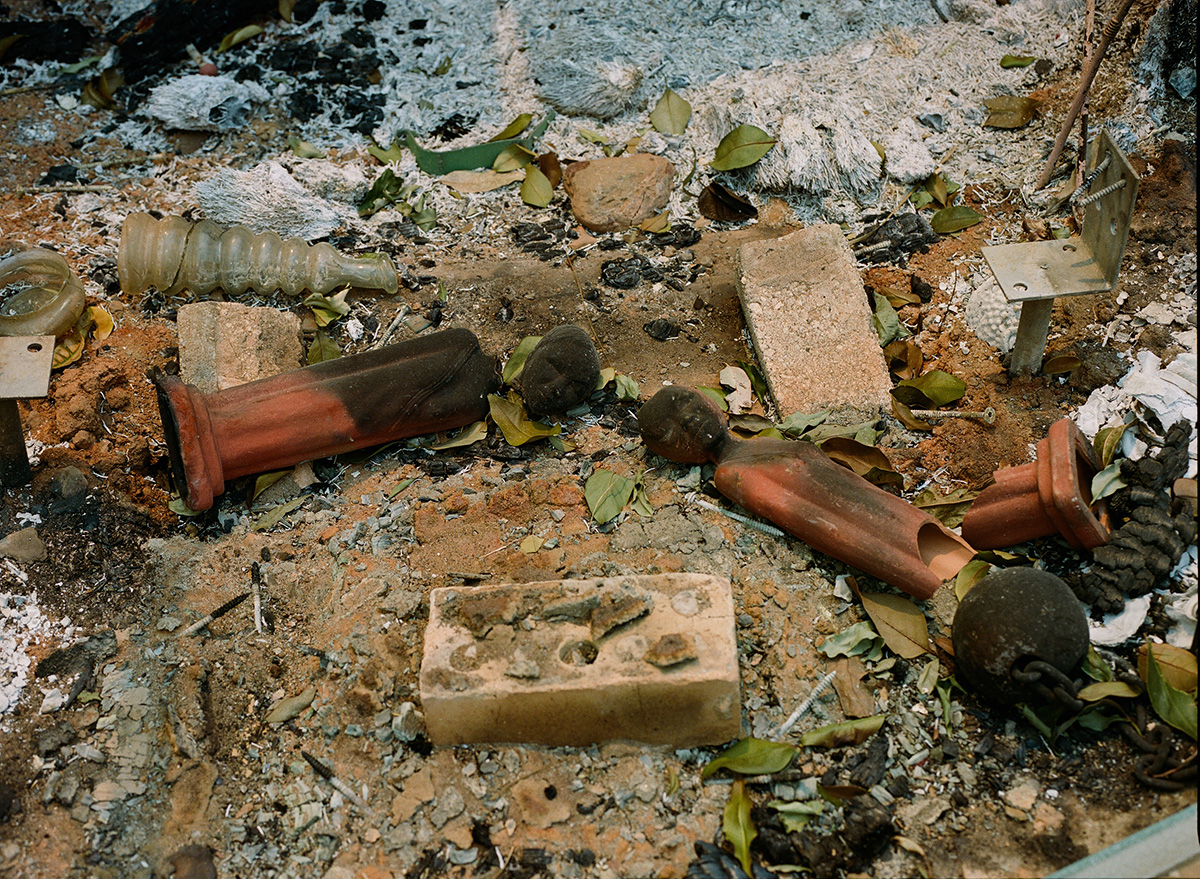 Dan is the project leader for the Mātauranga Māori team of the Resilience Challenge, a programme that uses traditional knowledge to shape resilience strategies to natural hazards in Aotearoa. As the planet warms, natural hazards, like floods, droughts, extreme storms, and tsunamis are becoming more frequent and fatal. This makes the need for effective resilience strategies more urgent than ever before.

One of the research methods he and his colleague Darren King use is to look for the taniwha in pūrākau. “There was a story about some rival lizards having battles with one another, and we thought, ‘oh maybe they are talking about a tsunami or landslide events’.”

“We are not using science to prove the mātauranga right, it is guiding us to go and search for these things. We are confident that they have occurred, but we are looking for different independent forms of evidence, like testing sediment, which can give us the same answer.” 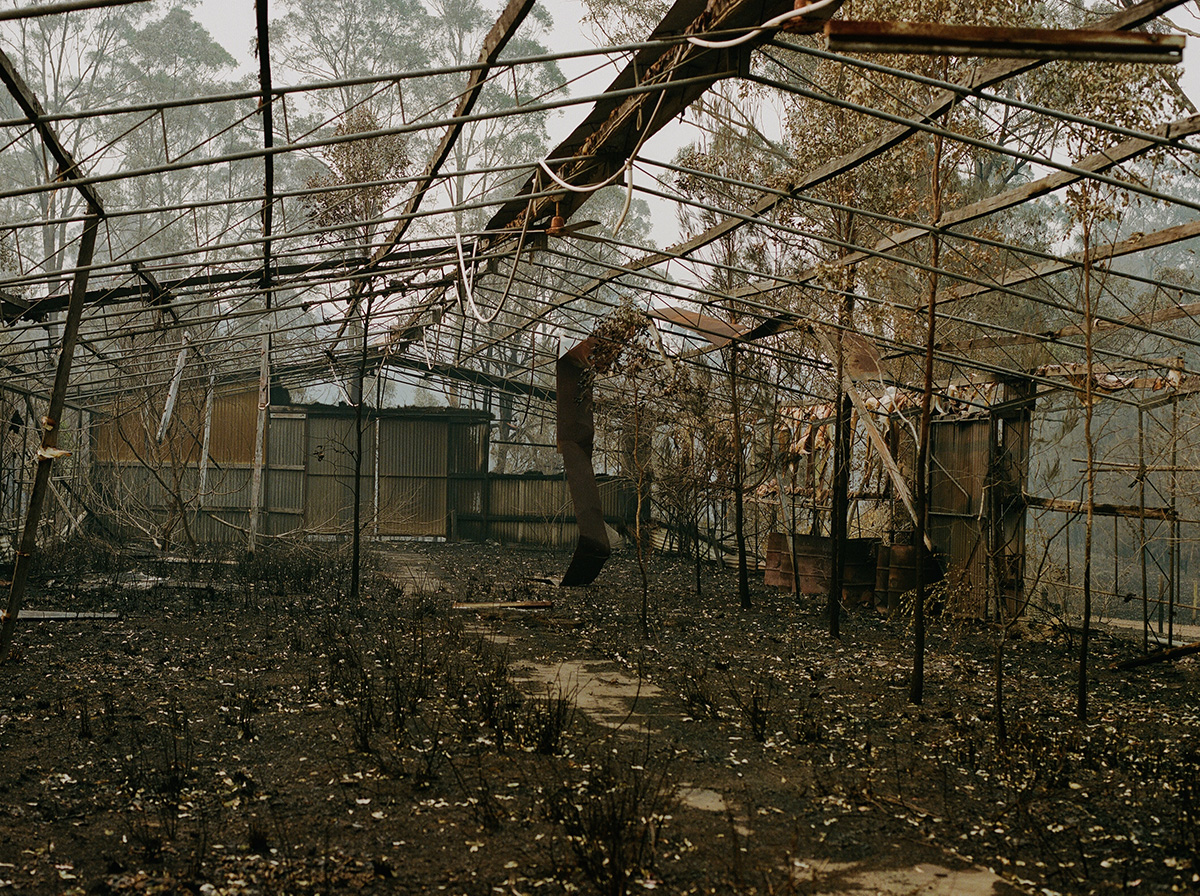 There are disparaging attitudes around mythical creatures in media and science, but Dan says this is starting to change. The more mātauranga Māori is used effectively by scientists, the more people can see its credibility.

He’s confident that young Māori scientists going through kura kaupapa and university now will be equipped with the skills to seamlessly shift between mātauranga Māori and Western science.

“I consider myself to be extremely privileged, in New Zealand’s history and even the world’s history, to be in a place where there is this recognition that there are different ways of knowing and explaining the world.”

Donate to the Rural Fire Service in NSW

Donate to the Australian Red Cross