by Sophie Kevany / The Guardian 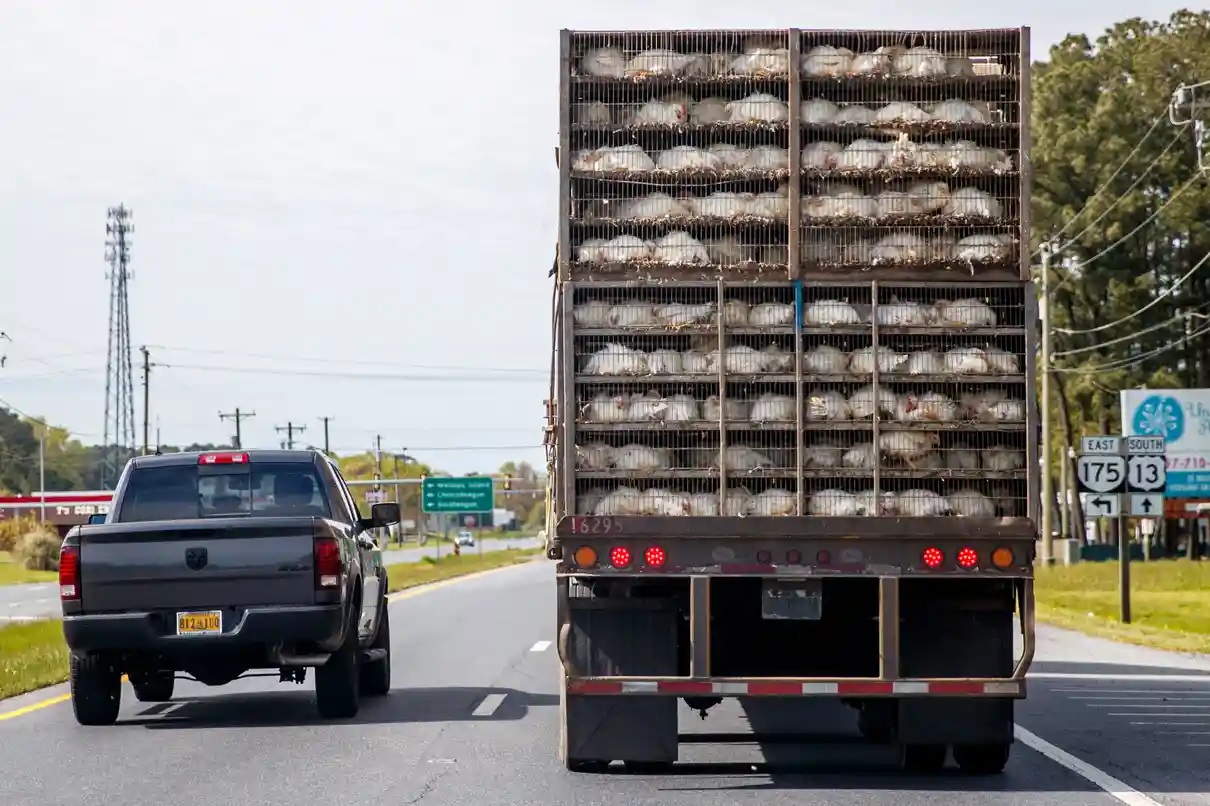 10 million hens have already been culled due to slaughterhouse shutdowns. Photograph: Shawn Thew/EPA

More than 10 million hens are estimated to have been culled due to Covid-19 related slaughterhouse shutdowns. The majority will have been smothered by a water-based foam, similar to fire-fighting foam, a method that animal welfare groups are calling “inhumane”.

The pork industry has warned that more than 10 million pigs could be culled by September for the same reason. The techniques used to cull pigs include gassing, shooting, anaesthetic overdose, or “blunt force trauma”.

In “constrained circumstances”, according to the American Veterinary Medical Association (AVMA), techniques might also include a combination of shutting down pig barn ventilator systems with the addition of CO2 so the animals suffocate.

The ‘depopulation’ comes despite food banks across the US reporting unprecedented demand and widespread hunger during the pandemic, with six-mile-long queues for aid forming at some newly set up distribution centers.

The American meat supply chain has been hit hard by the closure of slaughterhouses, due to Covid-19 infection rates among workers. 30 to 40 plants have closed, which means that in the highly consolidated US system beef and pork slaughtering capacity has been cut by 25% and 40% respectively, according to the United Food and Commercial Workers (UFCW).

The closures have meant that animals cannot be killed for food and many must instead be culled, or “depopulated” at home.

As it is comparatively easier to keep cattle on farms, cow culls do not appear to be an issue as yet, and the chicken cull may have peaked, said Adam Speck, an agribusiness analyst with IHS Markit.

“[Cattle] could stay on ranches another six months if necessary. The peak of the chicken cull has passed for now. North of about 10 million chickens were depopulated, either at the chick or egg stage,” Speck said.

At the hen stage, Leah Garcés, president of US welfare organization Mercy for Animals, said it is hard to be sure of the numbers. But, “what we know with certainty is that 2 million meat chickens [and] 61,000 laying hens”, have been killed on farms. 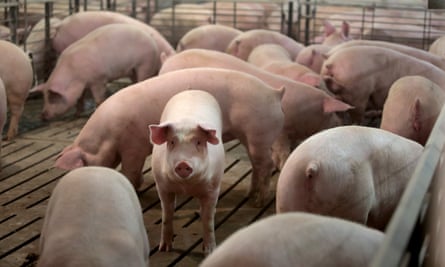 Compared with poultry, said Garcés, stopping or slowing the production cycle of pigs is harder, mainly because pig growing periods are about six months compared to six weeks for hens. “Pregnancies had already been set in motion when the slaughterhouse closures occurred,” she said, and pigs were already in the system.

The National Pork Producers Council (NPPC) has estimated that: “up to 10,069,000 market hogs will need to be euthanised between the weeks ending on 25 April and 19 September 2020, resulting in a severe emotional and financial toll on hog farmers”.

Asked to estimate numbers of pigs that have already been culled, Speck said producers are very reluctant to depopulate. “About two million might have been culled so far due to the Covid-19 pandemic, over the last six or so weeks.”

Speck added that with slaughterhouses likely to return to 85% capacity by the end of May, the NPPC’s depopulation estimate of 10 million pigs could be significantly reduced.

Speck said breeders are thinning herds and slowing growth to reduce pig supply. “They are sending breeding sows to slaughter, aborting pregnant sows on a small scale and [keeping market-bound pigs] on maintenance style rations with less protein. Coming into the summer months the pigs will also gain weight more slowly as the weather heats up.”

Asked about growth slowdown, Garcés said it posed other welfare risks. “One method to slow down growth is to turn the heat up inside of the warehouses beyond the pigs ‘comfort zone’ because pigs eat less when they are too hot,” she said. 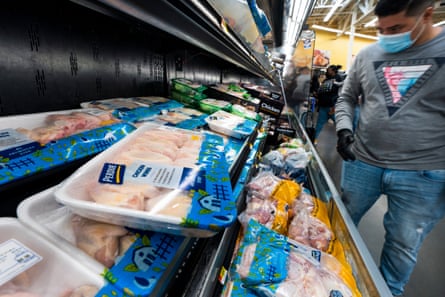 The peak of the chicken cull has passed, experts said, but pigs may now need to be ‘depopulated’ in large numbers. Photograph: Jim Lo Scalzo/EPA

The combination of feed restrictions and higher barn temperatures, she said, mean pigs are “hungry and hot, increasing their overall discomfort, which is already high in a factory farm setting”.

In what appears to be an attempt by the industry to reduce any negative depopulation impact, a blog managed by the National Pork Board called Real Pig Farming offers social media sharing tips for farmers. The blog suggests farmers: “Think twice before engaging with posts that show what may be happening on farms right now.”

It said: “Most people do not understand the complexity of raising pigs and getting pork from the farm to their table. That means, “[a] good rule of thumb is to speak to a level a third grader [eight to 10 years old] would understand to ensure that things are not taken out of context.”

NPPC spokesperson Jim Monroe said that as of the week ending on 15 May, less than 25% of overall slaughter capacity was idled and the situation was improving. Monroe, added that the “tragic need to euthanise animals is to prevent animal suffering.”

For poultry, culling options are no easier. Filling sheds with carbon dioxide gas is one method, said Kim Sturla, director of welfare organization Animal Place. Another cull method, she said, is to smother hens with water-based foam, similar to firefighting foam. Water-based foaming is categorized as the “preferred” method by the AVMA. 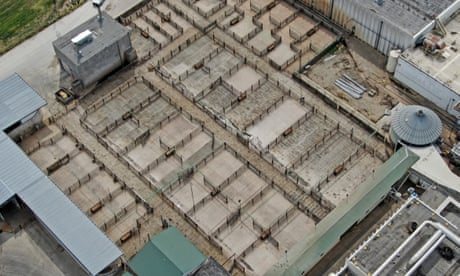 Previously asked about water-based foaming and other cull methods such VSD, an AVMA spokesperson said depopulation decisions were difficult and “and contingent upon several factors, such as the species and number of animals involved, available means of animal restraint, safety of personnel, and other considerations such as availability of equipment, agents and personnel”.

A 2019 European Food Safety Authority journal report said it did not find water-based or firefighting foam acceptable because “death due to drowning in fluids or suffocation by occlusion of the airways” is not seen as “a humane method for killing animals, including poultry”.