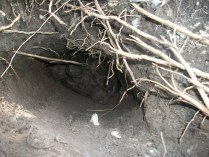 Last month, activists with the Everglades Earth First! group joined forces with residents of Limestone Creek, a historic Black community, near the city of Jupiter. This week the alliance succeeded in defeating a plan related to Scripps Biotech in Palm Beach County. Following a County Commission hearing on Tuesday, the road proposed by Hawkeye Jupiter LLC to go through a neighborhood leading to 82 acres of endangered species habitat was voted down.

The plan for plowing through the quiet Limestone Creek neighborhood of Kennedy Estates and paving over the nearby pine flatwoods for more biotech laboratories was the latest in a failing attempt to establish a “biotech hub” in the south Florida region.

The effort to expand biotech venture capitalist investment in the area has been fought since its initial inception in 2004, when then-Governor Jeb Bush unloaded hundreds of millions in corporate welfare to entice the industry. A long journey of agency whistle-blowing, environmental lawsuits, protests and civil disobedience actions has kept their progress at bay. Despite the compromise deals of several Big Green NGOs, grassroots resistance has kept the “biotech hub” from breaking new ground on large undeveloped tracts of land, as initially desired.

The victory this week at Limestone Creek was a step towards pushing back the corporate biotech industry attempting to re-colonize the area.

For more updates on this story, the history of the fight against Scripps Biotech, and more pictures, videos and documents from the 8-year struggle, check out ScrapScripps.info