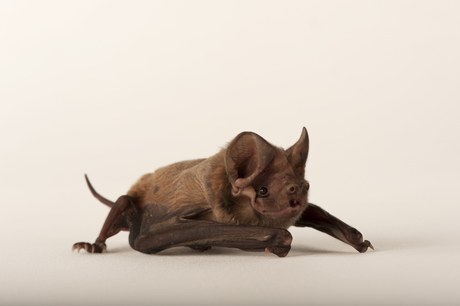 Once Common in South Florida; Fewer Than 300 Believed Left in Wild

ST. PETERSBURG, Fla.- The U.S. Fish and Wildlife Service today proposed Endangered Species Act protection for the Florida bonneted bat, the largest, rarest bat in the state. The decision is part of a historic settlement agreement signed with the Center for Biological Diversity that requires expedited decisions on protection for 757 plants and animals around the country. “Endangered Species Act protection is crucial to the conservation of these wonderful bats,” said Jaclyn Lopez, a Center attorney based in Florida. “With the bats’ habitat being rapidly degraded and fragmented, protection can’t come soon enough.” Open fresh water and wetlands provide prime foraging habitat for the Florida bonneted bat, while trees and human-made structures are used for roosting.

These bats are strong, fast fliers that can sustain their insect-hunting flights for more than six hours at a time. They use echolocation to detect prey as far away as 10 to 15 feet, then rely on speed and agility. With one of the most restricted ranges of all New World bats, they’ve been documented at only 12 central and South Florida locations. Once common in South Florida, the species has been hurt by urbanization and pesticides and is now believed to number fewer than 300 individuals. “Bats are amazing, adaptable creatures that give us valuable gifts like insect control, which means a reduced need for pesticides and better protection against insect-borne disease,” said Lopez. In November 2009 the Service identified the bat as a candidate species, finding that it was imminently threatened but precluded from federal protection due to other agency priorities. Since then the Service has annually reviewed the status of the species, concluding that that status is precarious since habitat destruction has caused the decline of the species and the threat is expected to increase.

The Center for Biological Diversity is a national, nonprofit conservation organization with more than 375,000 members and online activists dedicated to the protection of endangered species and wild places.