Goldminers in Venezuela have carried out a ‘massacre’ of isolated Yanomami Indians, according to reports received by Survival International.

Witnesses of the aftermath described finding ‘burnt bodies and bones’ when they visited the community of Irotatheri in the country’s Momoi region, close to the border with Brazil.

Initial reports suggest up to 80 people have been killed, but these numbers are impossible to confirm. Only three survivors have been found.

The attack is believed to have happened in July, but news is only just emerging.

Due to the community’s remote location, it took the Indians who discovered the bodies days to walk to the nearest settlement to report the tragedy.

Luis Shatiwe Yanomami, a leader of the Yanomami organisation Horonami, was in Parima and spoke to the Indians about what they saw. He heard how those who survived had been hunting at the time the community’s communal house was set alight.

He told Survival today, ‘For three years we have been denouncing the situation. There are lots of goldminers working illegally in the forest.’ 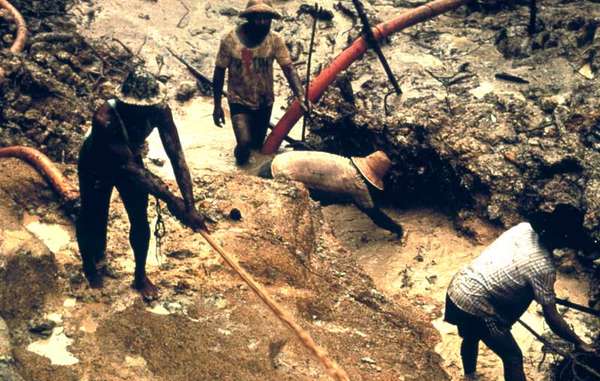 Speaking to Survival today, Eliseo, a Yanomami man from the region who has spoken to the Indians who discovered the massacre’s aftermath, said, ‘They reported seeing charred bodies and bones, and the burnt remains of the shabono (communal house).’

Massacres against Yanomami Indians are not uncommon. In 1993, 16 Indians were killed after miners attacked the Yanomami community of Haximu in Brazil. Several miners were subsequently convicted of genocide. So far, there has been no investigation into this latest attack.

Stephen Corry, Director of Survival said, ‘This is another appalling tragedy for the Yanomami – heaping crime upon crime. All Amazonian governments must stop the rampant illegal mining, logging and settlement in indigenous territories. It inevitably leads to massacres of Indian men, women and children. The Venezuelan authorities must now bring the killers to swift justice, and send a signal throughout the region that Indians can no longer be killed with impunity. The mining and logging must be stopped.’