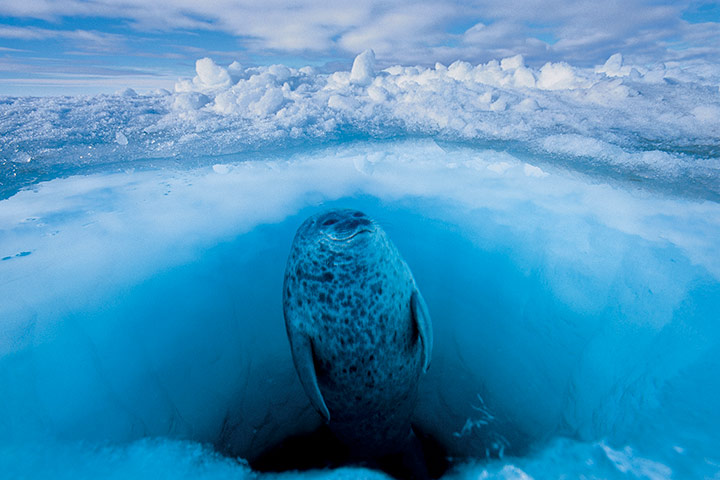 Enormous quantities of decommissioned Russian nuclear reactors and radioactive waste were dumped into the Kara Sea in the Arctic Ocean north of Siberia over a course of decades, according to documents given to Norwegian officials by Russian authorities and published in Norwegian media.

Bellona had received in 2011 a draft of a similar report prepared for Russia’s Gossoviet, the State Council, for presentation at a meeting presided over by then-president Dmitry Medvedev on Russian environmental security.

The Russian state nuclear corporation Rosatom confirmed the figures in February of this year during a seminar it jointly held with Bellona in Moscow.

Bellona is alarmed by the extent of the dumped Soviet waste, which is far greater than was previously known – not only to Bellona, but also to the Russian authorities themselves.

The catalogue of waste dumped at sea by the Soviets, according to documents seen by Bellona, and which were today released by the Norwegian daily Aftenposten, includes some 17,000 containers of radioactive waste, 19 ships containing radioactive waste, 14 nuclear reactors, including five that still contain spent nuclear fuel; 735 other pieces of radiactively contaminated heavy machinery, and the K-27 nuclear submarine with its two reactors loaded with nuclear fuel.

Bellona’s two decades on the case

“Bellona has worked with this issue since 1992 when we first revealed the dangerous nuclear waste laying at the bottom of the Kara Sea,” said Bellona President Frederic Hauge.

He acknowledged, however, that a precise accounting from the Russian side could hardly be expected given Russia’s own ignorance of the extent of the dumped radioactive waste.

Hauge demanded that Norwegian Foreign Minister Jonas Gahr Støre take the issue up with his counterparts in the Russian foreign ministry as soon as possible.

“The Norwegian government talks a lot about oil and gas with the Russian government,” said Hauge.  “But this report shows that decommissioned nuclear reactors and radioactive waste must be much higher on the agenda when the two countries meet on an official level.

Per Strand of the Norwegian Radiation Protection Authority told Aftenposten that the information on the radioactive waste had come from the Russian authorities gradually.

“No one can guarantee that this outline we have received is complete,” he said.

He added that Russia has set up a special commission to undertake the task of mapping the waste, the paper reported.

A Norwegian-Russian Expert Group will this week start an expedition in areas of the Kara Sea, which the report released by Russia says was used as a radioactive dump until the early 1990s.

The expedition will represent the first time Norway has participated in plumming the depths of Russian waters for radiactive waste since 1994,  said Aftenposten.

Bellona’s Igor Kurdrik, an expert on Russian naval nuclear waste, said that, “We know that the Russians have an interest in oil exploration in this area. They therefore want to know were the radioactive waste is so they can clean it up before they beging oil recovery operations.”

He cautiously praised the openness of the Russian report given to Norway and that Norway would be taking part in the waste charting expedition.

Bellona thinks that Russia has passed its report to Norway as a veiled cry for help, as the exent of the problem is far too great for Moscow to handle on its own.

The most crucial find missing

Kudrik said that one of the most critical pieces of information missing from the report released to the Norwegian Radiation Protection Authority was the presence of the K-27 nuclear submarine, which was scuttled in 50 kilometers of water with its two reactors filled with spent nuclear fuel in in Stepovogo Bay in the Kara Sea in 1981.

Information that the reactors about the K-27 could reachieve criticality and explode was released at the Bellona-Rosatom seminar in February.

“This danger had previously been unknown, and is very important information. When they search and map these reactors, they must be the first priority,” said Kudrik.

Researchers will now evaluate whether it is possible to raise the submarine, and attempt to determine if it is leaking radioactivity into the sea.

Bård Vegar Solhjell, Norway’s Minster of the Environment sought in Aftenposten to play down dangers associated with the enormous Soviet-era nuclear dumping ground.

“I am concerned that people should not be unnecessarily disturbed by this – we do not yet know if anything is seriously wrong,” he said.

He added that he was not aware of any risk of explosion aboard the sunken K-27.

Other sources of contamination

Novaya Zemlya was a nuclear weapons testing site during the Cold War. Russia has conducted a number of other expeditons to chart undersea sources of radiactive pollution since 1994, but without Norwegian assistance, said Aftenposten.

Igor Kurdrik contributed to this report.