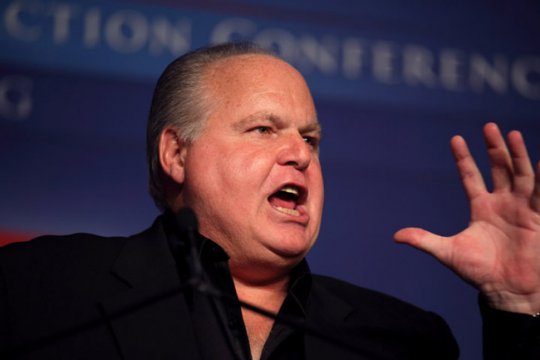 On his radio show today, Rush Limbaugh suggested that the government manipulated hurricane forecasts in order to force Republicans to cancel a day of their national convention, saying the model “allows them to do it.”

In reality, the National Hurricane Center forecast is, roughly, what you get if “you average together the track forecasts from” several models, most of which are done by other organizations, in some cases other countries. Obama would have more luck using his apparently omniscient powers to alter the course of the hurricane itself than somehow trying to rejigger the storm tracks from all these different models, which are publicly available and updated continuously.

Limbaugh communicated his absurd theory on this imaginary scheme while simultaneously claiming “I’m not alleging conspiracy.”

His latest conspiracy theory matches the absurdity of his claim from last July, when he said the heat index was “manufactured by the government” in order to convince the American people that it’s hotter outside.