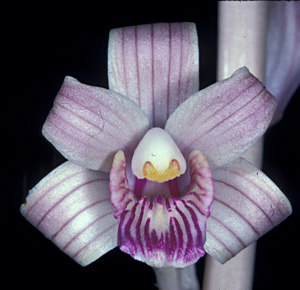 TUCSON, Ariz.— The Center for Biological Diversity filed a lawsuit today against the U.S. Fish and Wildlife Service for the agency’s failure to protect Coleman’s coralroot under the Endangered Species Act. Coleman’s coralroot is an extremely rare purple orchid found on national forest land in the footprint of the proposed Rosemont copper mine outside Tucson. If protected, it would become one of at least 10 endangered species that would be harmed by the proposed mine. The mine would result in the direct loss of at least 6,500 acres of wildlife habitat and would cause indirect harm to more than 145,000 acres of habitat.

“You can’t blast a mile-wide open pit, produce 1,200 million tons of toxic waste and withdraw 33 billion gallons of water without leaving a permanent scar on this fragile landscape and the plants and animals that depend on it,” said Tierra Curry, a biologist with the Center. “Only Endangered Species Act protection can ensure this gorgeous, incredibly rare orchid isn’t wiped off the face of the Earth.”

After the Center petitioned for the orchid’s protection in 2010, the Service determined it “may warrant” protection as an endangered species, but the agency has failed to make a decision within one year as required by law. If that “12-month finding” is positive, some protections will immediately go into effect for the rare flower.

The orchid, fascinating in that it has neither leaves nor roots, grows only in one spot in the Dragoon Mountains southeast of Tucson, as well as two locations in the Santa Rita Mountains, where the Rosemont copper mine is proposed. It was described as a distinct species in 2010 based on differences from another rare orchid being considered for federal protection, Chisos coralroot.

Coleman’s coralroot is remarkable in that it doesn’t make its own food through photosynthesis. Instead it gets nourishment from a symbiotic relationship with host fungi that colonize the roots of trees and shrubs, making it nearly impossible to cultivate. Because the orchid is completely dependent on its host relationship, it’s threatened by any action that disturbs the soil or threatens the fungi. The plant spends most of its life underground, putting up flowering shoots only when environmental conditions are right; in any given year, there are only a few hundred flowers aboveground.

“The diversity of the Rosemont area is significant on a global scale. The Santa Rita Mountains are called the Sky Islands for a reason. Because they rise so dramatically from the surrounding plateau, they’re home to startlingly diverse pockets of extremely rare species,” said Curry. “The mine would be a disaster not just for the orchid, but for hundreds of wildlife species, not to mention the quality of life for people around Tucson.”

“This shortsighted mining scheme would permanently pollute our water, degrade our national forest, kill endangered species, and cause unacceptable air and noise pollution,” said Curry. “And it won’t do our economy any favors either. It’ll cause losses in tourism and recreation dollars that will not be made up by the relatively small number of mine jobs.”

The mine still needs several permits to move forward, including an air-quality permit from Pima County that has already been denied once and a Clean Water Act permit from the Army Corps of Engineers that is pending. The Coronado National Forest released a draft “environmental impact statement” for the mine in September, which has been severely criticized by the U.S. Environmental Protection Agency as wholly inadequate and based on faulty science. In an extremely rare move, the EPA gave the impact statement the lowest possible rating and threatened to intervene if permitting for the mine proceeds.

Some of the most contentious issues surrounding the mine include impacts on drinking-water supplies. Concerns include impacts on existing wells in the area; plans to fill more than 150 stream drainages on the mine site; and a plan, yet untested in dry climates, to dry-stack waste tailings, a technique that critics fear will result in toxic pollutants leaching into groundwater during heavy rain events.