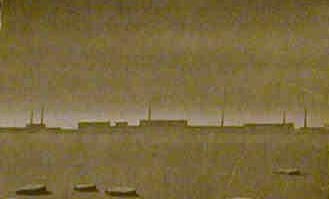 Using scientific theories, toy ecosystem modeling and paleontological evidence as a crystal ball, 18 scientists, including an SFU professor, predict the Earth’s ecosystems are careering towards an imminent, irreversible collapse.

In Approaching a state-shift in Earth’s biosphere, a paper just published in Nature, the authors examine the Earth’s accelerating loss of biodiversity, increasingly extreme climate fluctuations, its ecosystems’ growing connectedness and its radically changing total energy budget. They suggest these are all precursors to reaching a planetary state threshold or tipping point.

Once that happens, which the authors predict could be this century, the planet’s ecosystems, as we know them, could quickly and irreversibly collapse.

“The last tipping point in Earth’s history occurred about 12,000 years ago when the planet went from being in the age of glaciers, which previously lasted 100,000 years, to being in its current interglacial state,” says Arne Mooers, SFU professor of biodiversity. “Once that tipping point was reached, the most extreme biological changes leading to our current state occurred within only 1,000 years. That’s like going from a baby to an adult state in less than a year. Importantly, the planet is changing even faster now.”

Mooers is one of the paper’s authors. He stresses, “The odds are very high that the next global state change will be extremely disruptive to our civilizations. Remember, we went from being hunter-gatherers to being moon-walkers during one of the most stable and benign periods in all of Earth’s history.

“Once a threshold-induced planetary state-shift occurs, there’s no going back. So, if a system switches to a new state because you’ve added lots of energy, even if you take out the new energy, it won’t revert back to the old system. The planet doesn’t have any memory of the old state.”

These projections contradict the popularly held belief that the extent to which human-induced pressures, such as climate change, are destroying our planet is still debatable, and any collapse would be both gradual and centuries away.

This study concludes we had better not transform the Earth’s surface by more than 50 per cent or we won’t be able to delay, never mind avert, a planetary collapse.

“In a nutshell, humans have not done anything really important to stave off the worst because the social structures for doing something just aren’t there,” says Mooers. “My colleagues who study climate-induced changes through the earth’s history are more than pretty worried. In fact, some are terrified.”