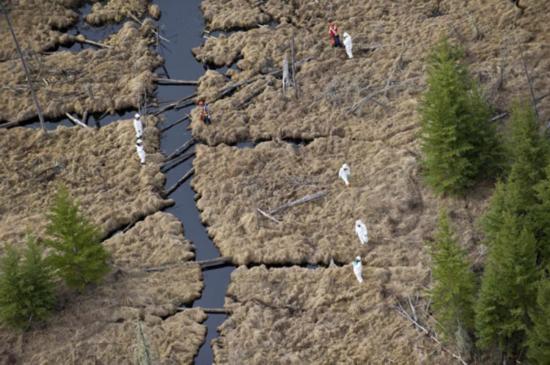 A huge spill has released 22,000 barrels of oil and water into muskeg in the far northwest of Alberta.

The spill ranks among the largest in North America in recent years, a period that has seen a series of high-profile accidents that have undermined the energy industry’s safety record. The Enbridge Inc. pipeline rupture that leaked oil near Michigan’s Kalamazoo River, for example, spilled an estimated 19,500 barrels.

The most recent spill was discovered May 19 emanating from pipe belonging to Pace Oil & Gas Ltd. , a small energy company that produces about 15,000 barrels a day, roughly half of that oil.

The spill has yet to be contained.

The spill took place roughly 20 kilometres southeast of Rainbow Lake, which is 165 km south of the Northwest Territories border. It came from above-ground piping connecting an underground pipeline to a well used for wastewater injection.