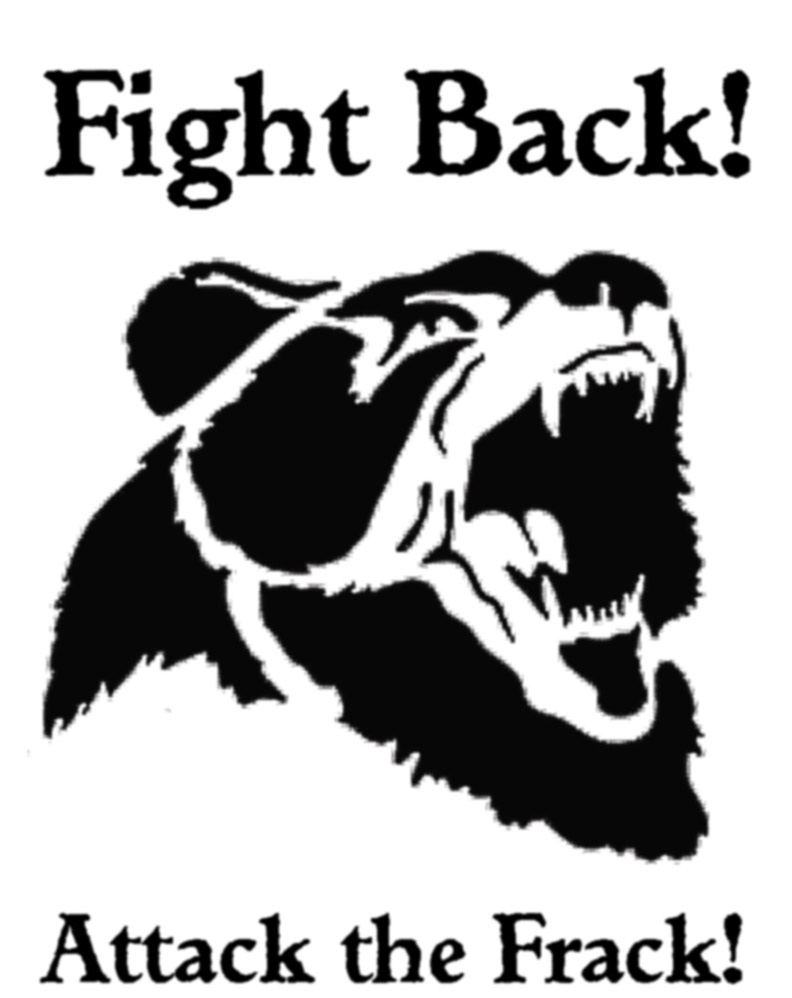 Want to step up the resistance to fracking? Then join the pledge of resistance! Also  the word from the hills is that the 2012 Earth First! Rendezvous is being held in the belly of the fracking beast in the Marcellus region July 1-7. Details TBA

In the hills surrounding the Susquehanna River and its tributaries,  rural Pennsylvanians have created a new campaign, called Occupy WELL Street, as a way to confront and speak out against the oil and gas corporations laying siege to our communities in their relentless pursuit
of natural gas. Participants of Occupy Well Street have been working side by side with several Earth First! groups in the region to create a Pledge of Resistance to hydraulic fracturing and the promises of gas royalties at the cost of ruined land, toxic water, polluted air, and  divided communities.

Occupy Well Street is taking a stand against the social pressure,
lawsuits and occasional death threats that pro-gas individuals and gas
corporations have been directing at many of those resisting the spread
of fracking operations across the Marcellus region for the past few
years. We are fed up with feeling isolated and silenced, and are
frustrated with the idea that many others in rural communities may be
hesitating to speak out for fear of threats, social consequences and
legal action. We believe this is not an issue centered around
individuals who sign leases, but is a case of multinational corporations
preying on rural areas in order to make as much money as possible. Our
solution is a Pledge of Resistance, both a universal declaration of
opposition against fracking and a resounding statement of solidarity
with all others resisting the spread of this destructive industry.

The Pledge consists of several points of unity. We encourage all
interested individuals, groups and organizations to read and consider
our points, and think of how they can be applied in the many different
roles people fill in the movement against fracking. The Pledge,
information on how to endorse it, and what endorsement means, is at
www.owsstopfracking.org

Although some of us have been organizing against fracking for years, we
began working to create the idea of Occupy Well Street several months
ago, hoping to work with the growing public awareness of social
movements and direct action, and build our own rural campaign against
the out of control natural gas boom. We live and work in communities
that are increasingly affected by the natural gas industry in
Pennsylvania, and we have watched the spread of fracking operations
across the state and region with concern and horror.

Some of us own and live on land that is leased for fracking, and in our
collective opinion the illusion of financial security created by leasing
agreements cannot replace healthy places to live. It it our goal to
counter the divisive, destructive methods of the gas companies by doing
our part to help grow a campaign of community building and direct action
that creates space for rural community members (and all other interested
parties) to speak out against and fight fracking in an effective,
constructive way. We feel that in order to maintain relevance, any
movement against fracking must be accessible to all those living in the
rural places bearing the brunt of the drilling.

We stand together against the manipulation of our communities to
further this destructive, nonrenewable resource boom.