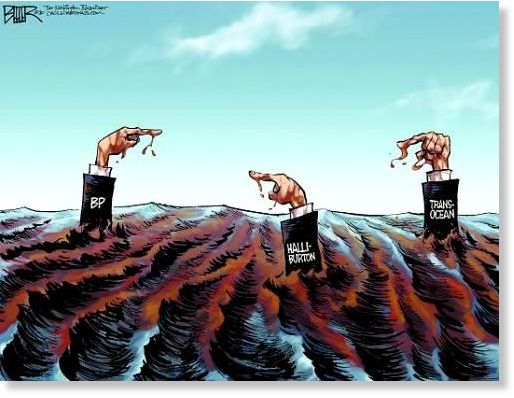 BP Plc accused a unit of Halliburton Co. of intentionally destroying evidence that could be used to prove the oilfield services firm shares blame for the blowout that caused the 2010 Gulf of Mexico oil spill.

The oilfield services provider also suppressed computer models that might prove Halliburton was at fault “because it wanted to eliminate any risk that this evidence would be used against it at trial,” BP said in the filing.

BP asked the court to find that Halliburton destroyed evidence on purpose and to compel the company to turn over for third-party examination the computer used for the modeling.

“Halliburton is reviewing the details of the motion filed today,’’ Beverly Stafford, a Halliburton spokeswoman, said in an e-mail. “However, we believe that the conclusion that BP is asking the court to draw is without merit, and we look forward to contesting their motion in court.’’

BP and Halliburton are suing each other over which company’s actions and decisions caused the blowout, which killed 11 workers and sparked the worst offshore oil spill in U.S. history. The two companies face more than 350 lawsuits by coastal property owners and businesses claiming billions in damages from the spill.

Halliburton has raised two primary defenses against allegations it shares blame for the blowout, BP said in the filing. First, the contractor maintains its foaming cement formula was stable and performed as designed, BP said. Second, Halliburton claims BP chose to use too few “centralizers” to keep the pipe aligned in the well, which allowed hydrocarbons to escape through channels that formed in the cement liner, BP said.

Rickey Morgan, a Halliburton employee who conducted post- incident testing on Macondo cement slurry samples at the company’s lab in Duncan, Oklahoma, “testified under oath that he destroyed test results in order to keep the information from being ‘misinterpreted’ in ways adverse to Halliburton in litigation,’’ BP said in today’s filing.