The following are excerpts from a message sent by Matt Schwartz, Executive Director of South Florida Wildlands Association:

Until Friday, November 25th, 2011, the U.S. Fish and Wildlife Service (USFWS) is accepting comments on a plan to expand the National Wildlife Refuge System in south Florida. The proposed “Headwaters of the Everglades National Wildlife Refuge” would protect 150,000 acres of still to be identified ranch lands north of Lake Okeechobee at a price tag of 700 million dollars. The patchwork quilt of properties created would include 50,000 acres purchased outright while a conservation easement would be placed on 100,000 additional acres to prevent development. Cattle ranching would continue on 2/3 of the new refuge. Although an occasional male panther finds his way to this area, females are not as adventurous. With no breeding opportunities, the males seldom stick around. The entire proposal can be found here.

While South Florida Wildlands Association (SFWA) certainly supports the idea of protecting habitat which could someday be turned into more of the suburban sprawl for which our region has become famous, we believe there is a better and more strategic way to spend at least some of massive amounts of money the American people are being asked to invest. Last May, readers… were shocked to learn that Florida Power and Light (FPL) was considering the purchase of approximately 3000 acres of primary Florida panther habitat in the Big Cypress basin on a piece of land known as “McDaniel’s Ranch”. The property would be home to the “Hendry Next Generation Clean Energy Center” – the largest fossil fuel plant in the country. An article [here] describes the project. 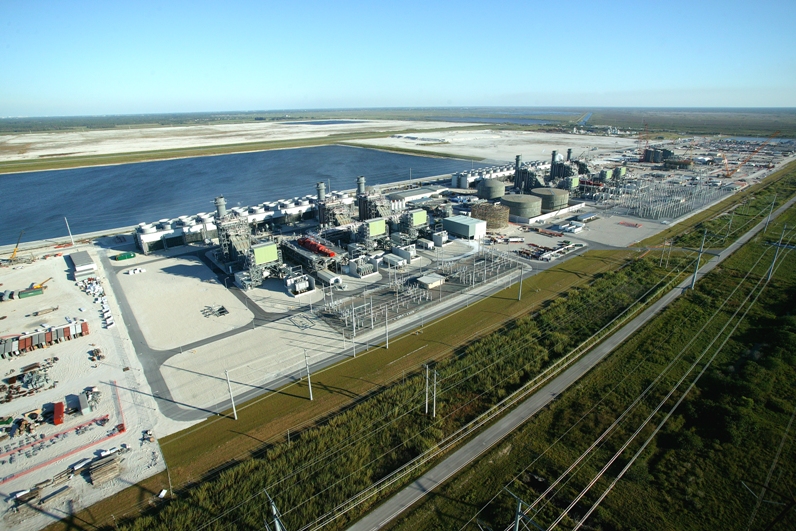 FPL’s “West County Energy Center” in Loxahatchee, a virtual twin of the proposed Hendry County plant, gives an idea of what the new "Clean Energy Center" would look like.

…In spite of mountains of evidence showing that this land is of the highest important for the critically endangered Florida panther and numerous other plant and animal species which share its habitat (e.g. wood storks, crested caracara, black bears, wild turkey, eastern indigo snakes, fox squirrels), FPL ultimately decided to spend $40 million dollars to purchase this property – while giving the previous owner, Eddie Garcia, a $25 million dollar profit on the $15 million dollars he invested in 2005. Vacant land prices in a state with some of the highest foreclosure rates in the country have hardly moved upwards since 2005. We have to assume that the enormous price FPL was willing to pay for this property reflected the rezoning Mr. Garcia successfully accomplished through the Hendry County Commission—converting (so far only on paper) a completely rural piece of south Florida into one of the largest industrial projects in the country.

Green areas on the map represent the network of already acquired public lands which would surround this monster sized project – the Big Cypress National Preserve to the south; Holeyland and 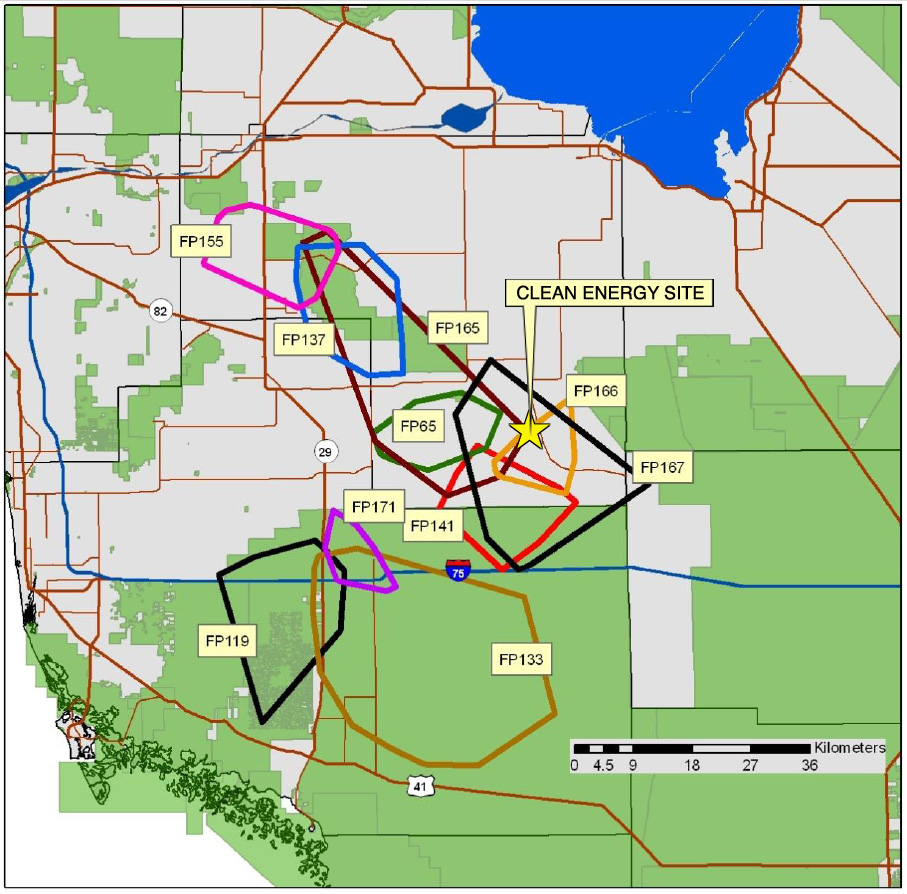 Map of collared male panthers in the vicinity of the proposed power plant from a recent Florida panther annual report produced by the state Fish and Wildlife Commission.

Rotenberger Wildlife Management Areas and Storm Water Treatment Areas 3, 4, 5 and 6 to the east; the Dinner Island Wildlife Management Area and the Okaloacoochee State Forest to the north and west. In addition to direct loss of habitat, a plant of this size would also dramatically increase traffic and open up the entire area to sprawl, road building, and habitat fragmentation.

While SFWA is willing to expend its limited resources aggressively fighting this project as it winds its way through the vast and complex state and federal permitting process (e.g. South Florida Water Management District, Army Corps of Engineers, Florida Department of Environmental Protection, U.S. Fish and Wildlife Service), there is another solution which would benefit all parties concerned—including the panther. In 2001, the Florida Forever program was established by the state legislature in order to protect dwindling wildlife habitat statewide. As stated in the Florida Forever Act of 1999:

“The continued alteration and development of Florida’s natural areas to accommodate the state’s rapidly growing population have contributed to the degradation of water resources, the fragmentation and destruction of wildlife habitats, the loss of outdoor recreation space, and the diminishment of wetlands, forests, and public beaches.”

The purpose of the National Wildlife Refuge System is to: “administer a national network of lands and waters for the conservation, management, and where appropriate, restoration of the fish, wildlife, and plant resources and their habitats within the United States for the benefit of present and future generations of Americans.”

The marriage between state, federal, and private interests which would be accomplished by incorporating Panther Glades (including the newly acquired FPL property) into the new Headwaters of the Everglades National Wildlife Refuge could not be better. Panther Glades has already been extensively studied for its wildlife and habitat importance. It is also a key part of the northern watershed of Big Cypress National Preserve which provides fresh, clean water to much of Everglades National Park and other public lands further south. As of May of this year, Panther Glades was ranked highest in importance of all Florida Forever “Critical Natural Lands Projects” in south Florida. In the state’s current fiscal conditions, however, Florida Forever has received zero dollars in funding from the Florida legislature. See complete report on the Panther Glades property here.

Your support for this simple request will help move this issue forward. It could even be the catalyst which drives FPL and the USFWS to hammer out a deal. With only about 100 panthers left in south Florida on habitat which continues to shrink all the time, this is an opportunity we do not want to miss. Please send an email to the U.S. Fish and Wildlife Service before the November 25th deadline and ask them to take whatever steps are necessary to include the complete “Panther Glades” property in their new refuge.

Or made online here.

Tell the U.S. Fish and Wildlife Service to finish the job started by Florida Forever over 10 years ago. Protect lands needed by the Florida panther by acquiring all of “Panther Glades” now. Submit comments by email here: EvergladesHeadwatersProposal@fws.gov