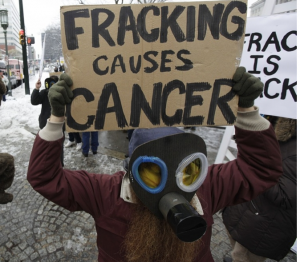 On OCTOBER 15TH NATIONAL DAY OF OCCUPATIONS: LET’S GET OUR RURAL VOICES HEARD! Minerals have been stolen from under our feet for too long, to support the over-consumptive ways of life in the United States, and especially in larger-populated areas. The Fat Cats running Wall Street CANNOT continue their lifestyles without stealing from and exploiting us! Join us as we share solidarity; we want fracking shut down.

A well site protest in Columbia County, PA is planned for Saturday the 15th at 11am-1pm!  If you are not in the Columbia County area, or even NEPA, arrange an Occupy WELL Street action at the fracking infrastructure closest to you, and maybe hop onto the Occupy theme..

In the wake of a recent chemical plant explosion in Texas, in which fracking chemical production was involved in the materials burned, residents of northeastern Pennsylvania plan to protest hydraulic fracturing and natural gas extraction on the site of a Williams Production Appalachia LLC well pad in Benton, PA on Saturday. For over three years, environmental groups have been fighting tirelessly, with all our hearts and strength, to protect northeastern Pennsylvania’s watersheds from pollution of toxic gas extraction. Our battle against political and corporate corruption has been an uphill struggle.

In August 2010, Williams Production Appalachia LLC drilled an exploratory natural gas well on Route 487 in Sugarloaf Township, near Benton, PA. The well was drilled and hydraulically fractured for one year, until capped in August 2011 with the conclusion of not enough gas production for the well to be financially worthwhile.

About two weeks ago, Williams broke ground once again on the same well pad, and they have been constructing a new drill rig, yet the company is not releasing information as to whether or not the site is producing any gas. Williams fracked the well in June and are continuing to test the well, yet have not come to conclusions, according to the company’s spokeswoman Helen Humphreys in an October 6, 2011 article in the NEPA newspaper, Citizens Voice. The well is less than five miles from an Encana Oil & Gas USA site on Route 118 in Fairmount Township, also plugged due to lack of producible gas.

This particular well we will protest has a major problem; something is clogging the well bore. The company does not know what is causing the clog, or if they do, they aren’t releasing the information to local residents. Yet, Williams continue operations as usual, keeping secrets from locals concerned about their health and safety.

Local residents demand to know: Fracking by Williams poisoned Fishing Creek for a year already – fix what you did, leave, and don’t come back. What’s WRONG with the Well? Tell us the TRUTH! If it is so SAFE, what the FRACK went wrong with this well and why are you hiding it from us? Ban the Frack, we demand clean air and water as our rights to life! Do not poison our air and water and do not blow up and fracture our future!

As hundreds of thousands rise up in occupied cities all across the United States, join us in our beautiful neck of the woods, Benton, PA  [next to St. Gabriel’s Church on Route 487] on October 15th as we, hardworking Pennsylvanians, draw a line in the sand and demand an end to hydraulic fracturing. Enough is enough. End the secrecy; end the poisoning; end the corruption! Give us the safe and healthy lives and futures we deserve. We won’t stop until they do!