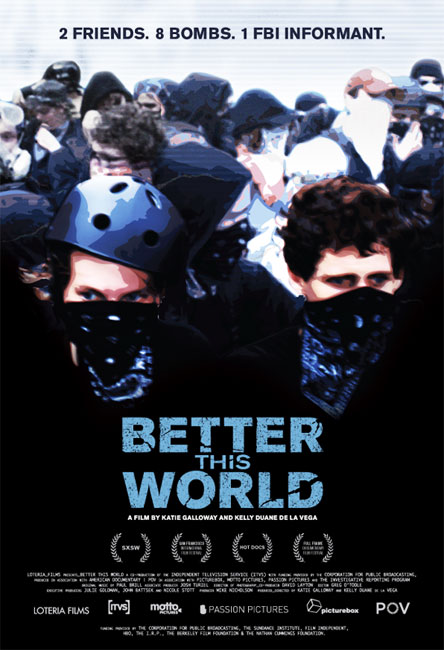 “How did two boyhood friends from Midland, Texas wind up arrested on terrorism charges at the 2008 Republican National Convention? Better This World follows the journey of David McKay (22) and Bradley Crowder (23) from political neophytes to accused domestic terrorists with a particular focus on the relationship they develop with a radical activist mentor in the six months leading up to their arrests. A dramatic story of idealism, loyalty, crime and betrayal, Better This World goes to the heart of the War on Terror and its impact on civil liberties and political dissent in post-9/11 America.”