US scientists claim to have discovered a dangerous new plant disease linked to genetically modified crops and the pesticides used on them. The research, which is yet to be completed, suggests the pathogen could be the cause of recent widespread crop failure and miscarriages in livestock. 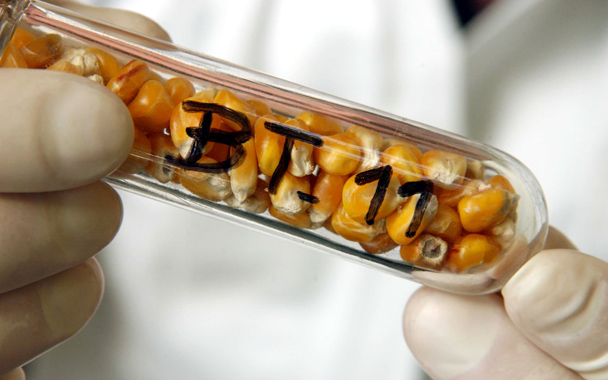 Emeritus Professor Don Huber from Perdue University says his research shows that animals fed on GM corn or soybeans may suffer serious health problems due to the pathogen.

“They’re finding anywhere from 20 per cent to as much as 55 per cent of those [animals] will miscarriage or spontaneously abort,” he said.

“It will kill a chicken embryo for instance in 24-48 hours.”

Professor Huber says it isn’t clear yet whether it is the GM crops or the use of the pesticide glyphosate that causes the pathogen. But he says his research shows both the pesticide and the GM crops also reduce the ability of plants to absorb nutrients from the soil that are necessary for animal health.

“If you have the [GM] gene present there is a reduced efficiency for the plant to use those nutrients.
“When you put the glyphosate out then you have an additional factor to reduce the nutrient availability to the crop,” he said.

Professor Huber’s concerns came to light in February this year after a private letter he wrote to US Department of Agriculture (USDA) Secretary, Tom Vilsack, was leaked to the media.

The letter requested the USDA halt plans to approve GM alfalfa for the US market until further research could be done into the threats posed by the pathogen.

Following the publication of Professor Huber’s letter, the company that produces the genetically modified seeds, Monsanto, released a statement rejecting his claims.

Mr Cossey says it is premature to be raising concerns about GM crops or glyphosate until the data is published.

“There’s a whole range of claims out there, very few end up being backed up by data.”

Following Professor Huber’s letter six scientists from Perdue University published a statement saying the suggestion that glyphosate is having a significant affect on plant health is “largely unsubstantiated”.

While the scientists say that GM soybeans and wheat are no more susceptible to soil-borne diseases than non-GM varieties, they acknowledged that Prof Huber’s concerns are not unfounded.

“Research has indicated that plants sprayed with glyphosate or other herbicides are more susceptible to many biological and physiological disorders,” the statement says.

The final outcomes of Professor Huber’s study are expected to be published later this year. In the meanwhile he says it would be appropriate to adopt a precautionary approach to the use of glyphosate and the deregulation of GM crops.

“All the red flags are standing in a row for us,” he said. “I would certainly express serious concerns with deregulation of our genetically modified crops.”