Below is a letter addressed from Everglades Earth First! to the National Park Service, Ken Salazar, the secretary of the Department of the Interior and Lew Hay, III, Chairman of Florida Power & Light. The letter promises open resistance to the construction of transmission lines, carrying electricity from new proposed nuclear reactors through Everglades National Park. 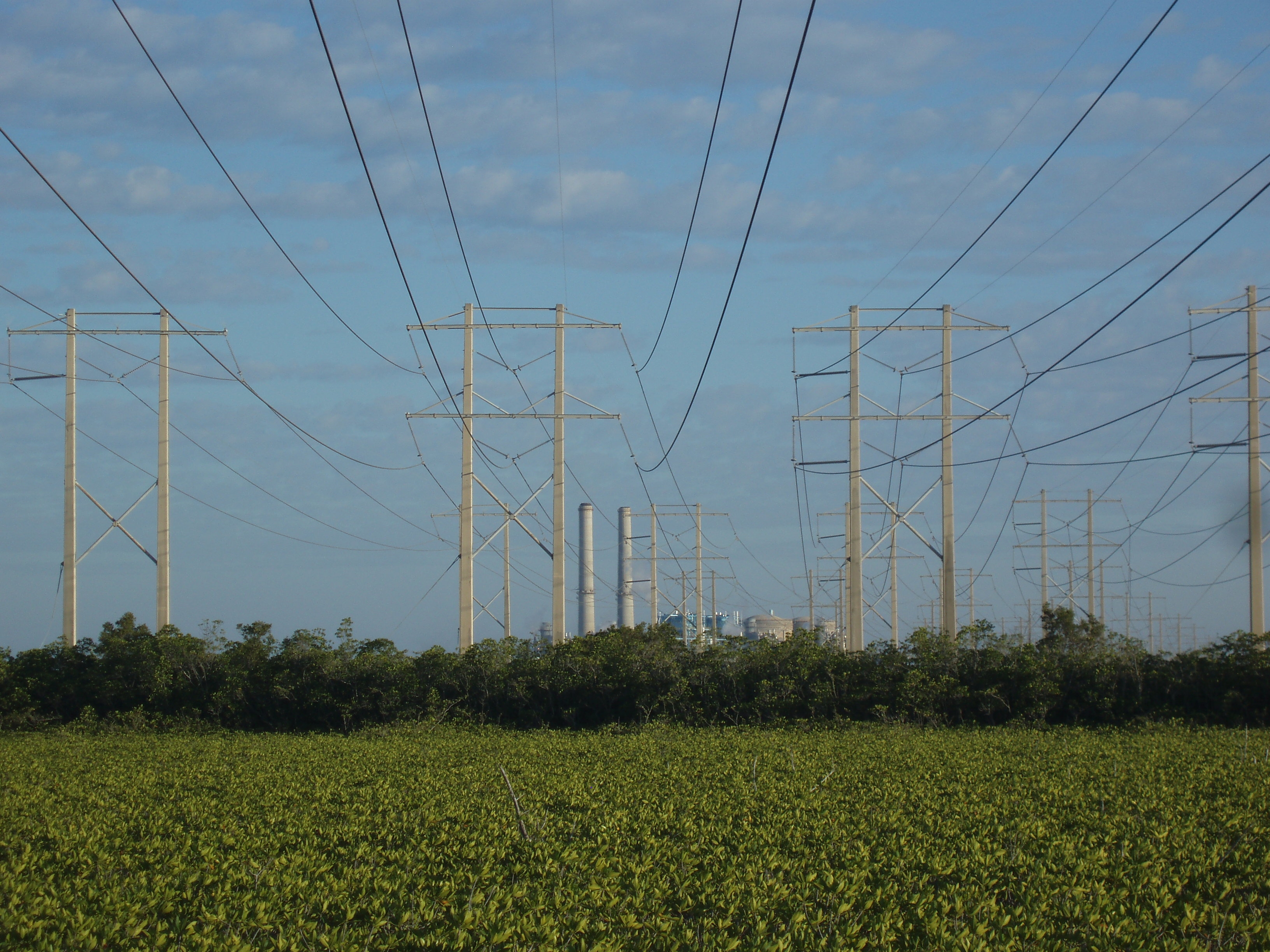 Transmission lines leading out from a Florida Power& Light facility.

Any and all development of nuclear power grid infrastructure (transmission lines, fill pads, access roads, drained or cleared vegetation) by Florida Power & Light (FPL) and its affiliates across Everglades National Park (ENP) and the East Everglades Expansion Area (EEEA) will be vigorously resisted by Everglades Earth First! We will physically defend the Everglades and blockade the path of any development with our bodies.

We oppose both corridors proposed by FPL, also known as NEXTera Energy Resources. FPL’s current utility corridor consisting of 109,000 acres in the ENP and EEEA and its alternate proposal further east but within the same protected areas, will significantly damage sensitive wetlands. It will cause severe impacts to federally listed endangered and threatened species including the Everglades snail kite, eastern indigo snake, wood stork, and Florida Panther. FPL’s transmission lines carrying up to 500,000 volts of electricity across towers as high as 150 feet will increase the mortality of native and migratory birds.

It is FPL’s plan to severe sensitive Everglades habitat to construct transmission lines to connect the proposed new nuclear reactors at Turkey Point to areas north. FPL’s application to the Nuclear Regulatory Commission has yet to be approved by that agency. In light of failures and social and ecological implications caused by the meltdown at Fukushima Nuclear Plant in Japan, any attempt to jeopardize the safety of the people of the state of Florida with new nuclear infrastructure and any attempt to further destabilize the Everglades bioregion, and specifically Everglades National Park, carries the potential implications of murder and ecocide. We can not, with full and healthy conscience, allow this to happen. We will not.

In opposition and in defense of the wild,