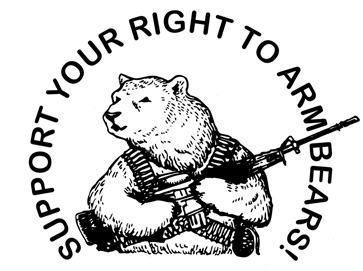 With Usama Bin Laden dead the authorities can again refocus their energy on quelling the domestic “eco-terrorist” movement in the United States leaving us at the Earth First! Journal just that much more paranoid that our Facebook page is being monitored!

And while the killing of Usama may avenge the deaths that occured on 9/11, now is not the time to celebrate. It is, rather, time to carry forward against an even more insidious terrorism and avenge the death of the vast forests, the exterminated wolves and buffalo, the poisoned dolphins that drown in oil in the gulf, the contaminated people and critters near the nuclear meltdown in Japan and the millions of people (most often indigenous people) murdered around the world for their land and the resources below their feet.

But who will do the avenging?