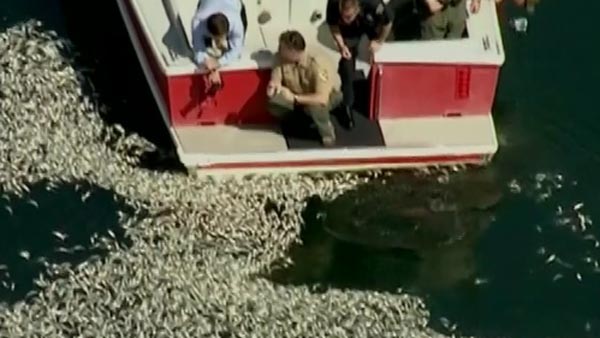 Scientific researchers say a deadly neurotoxin is the reason for a massive fish kill in Southern California.

Scientists say the fish were washed into the marina by strong waves, and the domoic acid caused the fish to become disoriented and swim chaotically.