Under the light of the full moon on Thursday Jan. 5, 2023, we anarchists in so-called South Florida (colonized Tequesta, Seminole, and Miccosukee land – struck the contractors Brasfield and Gorrie at their office inside Hotel Colonnade and at their construction site next to the Nicklaus Children’s Hospital. We attacked them with revenge in our hearts for the Forest Defenders in Atlanta arrested and caged as “domestic terrorists.” In these past weeks, this upcoming weekend of action, and going forward, we will demonstrate that we truly have the numbers. From Portland to Miami to Atlanta, the forest defenders are everywhere!
We permanently closed down a construction site. While we love to see that the addition to the children’s hospital is all but completed, B&G shall not profit from this contract. We sabotaged their vehicles, we painted their trailer, we defaced their logo with the anarchist A, and we locked the gate behind us with a bike lock. The cowards, in their defeat have since listed the site as “permanently closed” on Google maps. See for yourself: Brasfield & Gorrie NCH Trailer Offices SW 30th St., Miami FL
From there we took to the canopy, climbing above the police and their watching eyes. The downtown of so-called Coral Gables, around the corner from their police station, ha! They think that they’re in control.
We dumped the blood of industry and capitalism down the front facade of the hotel: black paint to represent oil, polluting their sanctuary for once. We dropped a banner for passing, curious pedestrians yearning for a new world. As for the office building, we climbed ever higher into the canopy to remind them that we have the numbers to stop cop city and we intend to win.
To Brasfield and Gorrie, we have one question: is it worth it? This one contract in Atlanta, is it worth it? The Police and FBI care not for your safety; they will not be able to find us but we also know that they will not even try. Furthermore, if peaceful tree sitters are charged with terrorism why should we not retaliate with direct action? We shall be called terrorists either way. As long as you keep this contract, you are at the top of our list and we are everywhere.
We attacked because we know that Cop City is not just a single training facility. The oligarchs are plotting; they saw the uprising of 2020, they believe in the climate catastrophe that they created, they know that their greed is killing us all and that the people will soon rise up!
Cop city is the answer for these megalomaniacs: obedience or death. Cop city is how white supremacy withstands the rage of BIPOC communities. Cop city is how corporations can continue to steal from the land and the peoples who have tended it for time immemorial. And when cop city is defeated, the death-cult of capitalism will fall soon after. We keep us safe.
Abolish the police! Abolish their jails and prisons! Abolish capitalism! Anarchy! Autonomy! Liberation!
Ⓐ 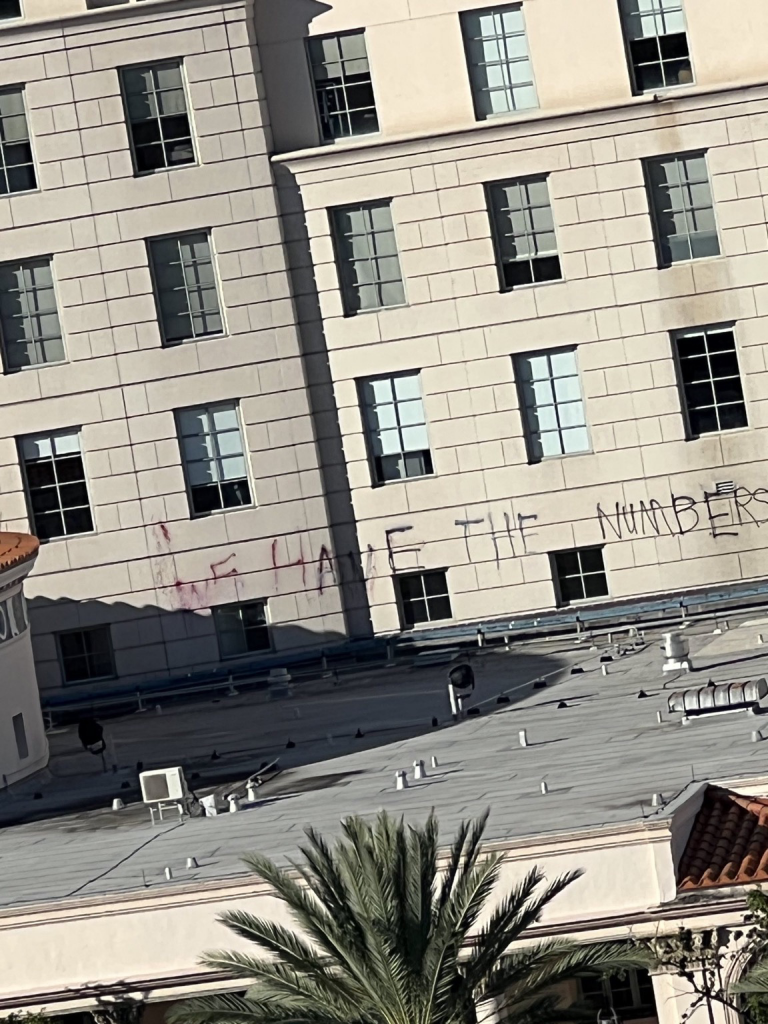