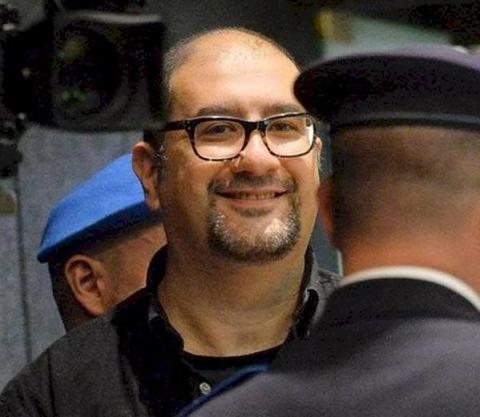 Full original title: ITALY: STATEMENT BY ALFREDO COSPITO READ DURING THE APPEAL HEARING ON THE RECALCULATION OF SENTENCES IN THE SCRIPTA MANENT TRIAL

We receive and publish Alfredo Cospito’s statement read during the appeal hearing for the recalculation of sentences in the Scripta Manent trial (Turin, Dec. 5, 2022).

I read only four lines. Before I disappear permanently into the oblivion of the 41 bis regime let me say a few things and then I will be silent forever. The judiciary of the Italian republic decided that, too subversive, I could no longer have the chance to see the stars again, freedom. Buried permanently with a hostile life sentence, which I have no doubt you will give me, on the absurd charge of having committed a «political massacre,» for two demonstration attacks in the middle of the night, in deserted places, which were not supposed to and could not hurt or kill anyone and in fact did not hurt and kill anyone. Not satisfied, in addition to the hostile life sentence, since from jail I continued to write and collaborate with the anarchist press, it was decided to plug my mouth forever with the medieval muzzle of 41 bis, condemning me to an endless limbo awaiting death. I will not stand for it and I will not give up, and I will continue my hunger strike for the abolition of 41 bis and the hostile life sentence until my last breath, to let the world know about these two repressive abominations in this country. There are 750 of us in this regime and I am also fighting for this. At my side are my anarchist and revolutionary brothers and sisters. To the censorship and smokescreens of the media I am used to, the latter have the sole objective of showing up any radical and revolutionary opponent.

Abolition of the 41 bis regime.
Abolition of hostile life imprisonment.
Solidarity with all anarchist, communist and revolutionary prisoners in the world.
Always for anarchy.