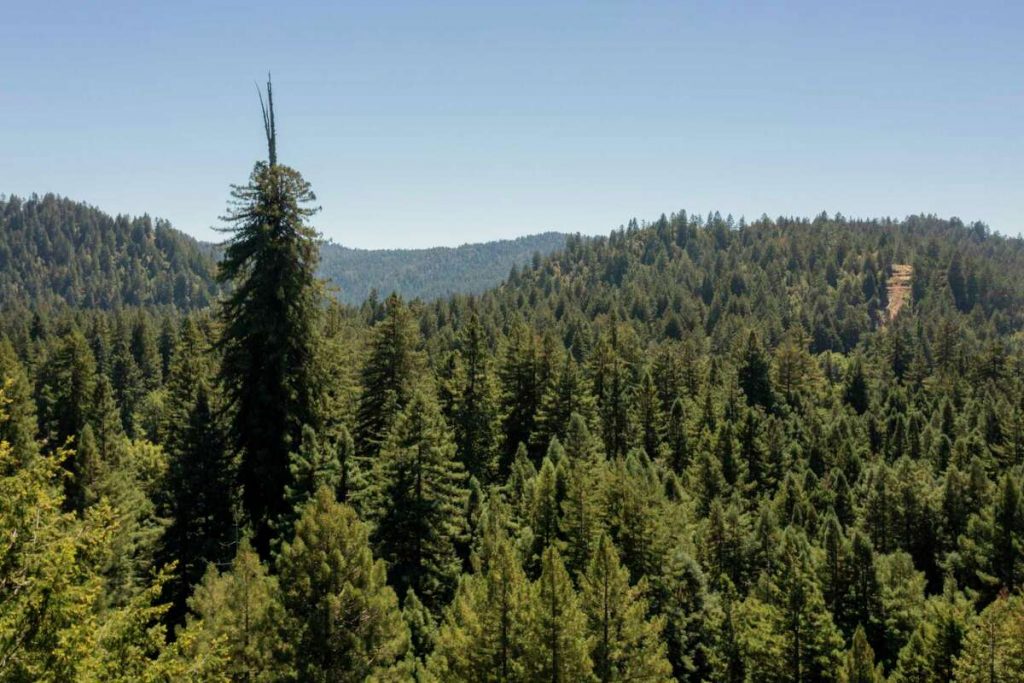 The Clar Tree is Sonoma County’s tallest redwood tree and is at the heart of a debate about logging.

A group of tree lovers in Sonoma County has filed a lawsuit to block logging near a 2,000-year-old redwood tree on the banks of the Russian River.

In late November, Cal Fire approved a timber harvest plan that would allow loggers to begin cutting select redwoods, firs and oaks on a 224-acre property near Guerneville. The site is home to the 340-foot Clar Tree — the tallest in the county — which has managed to avoid the ax even as the property has been logged three times in the past 25 years.

The plan, submitted in 2020 by Redwood Empire Sawmill in Cloverdale, includes a 75-foot “no harvest” radius around the Clar Tree, a special provision meant to spare it from harm. However, environmentalists have been outspoken about wanting a larger buffer zone to protect the old redwood’s sprawling root system, which they believe could be damaged by logging activity in its vicinity.

On Nov. 23, the Guerneville Forest Coalition filed a legal complaint in Sonoma County Superior Court alleging that the logging plan “will cause irreparable harm to the Russian River, its floodplains and ecosystems.” Cal Fire and Redwood Empire are listed as defendants.

“I’m disappointed. I feel like they didn’t answer a lot of the public’s concerns” in the approved harvest plan, said John Dunlap, who leads the forest coalition.

The harvest plan drew hundreds of public comments, many of which raised concerns about heightened wildfire risk, sediment flow into the Russian River and impacts to wildlife like coho salmon and the northern spotted owl.

In emails to The Chronicle, Cal Fire Staff Chief Eric Huff said the harvest plan review process “is intentionally thorough” and takes into account concerns over natural resource protection. Strategic logging on the property could “slightly” reduce wildfire risk there, he said. The agency is aware of the coalition’s legal complaint, Huff said.

The base of the 340-foot-tall Clar Tree near Guerneville, which is thought to be about 22 feet in diameter.

While the approval allows Redwood Empire to begin cutting on the property immediately, a company official told The Chronicle it doesn’t plan to log there this winter. Redwood Empire resource manager Nick Kent said the company would consider selling the property for a reasonable price — although it’s not listed for sale and he wouldn’t specify what an acceptable offer would be.

Dunlap said he hopes the lawsuit might persuade Redwood Empire to sell the property, and that he’d like to see the area conserved as a park or preserve.