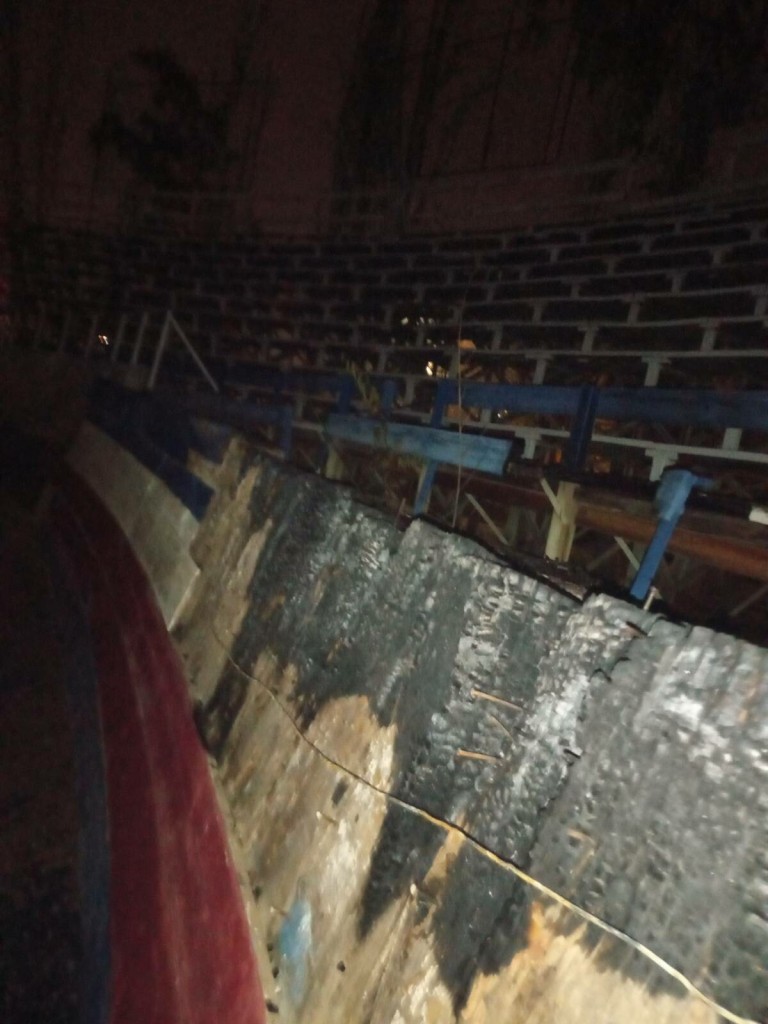 In the early morning of May 26, 2022, anonymous hands set fire to the Gil Letelier Huasos and Rodeo Club in the commune of Pedro Aguirre Cerda, Santiago, in addition to leaving pamphlets and bullets as a threat.

A few days later the action is attributed by the Animal Response Group to different counterinformation pages as a coordinated action and in conjunction with the attack on the gendarmerie building by the “Célula Insurreccional 2 de Noviembre” (November 2nd Insurrectional Cell).

Claiming responsibility for the arson attack against the Gil Letelier Huasos and Rodeo Club.

Under cover of the moon and previously organized, in unison with the actions of the “Célula Insurreccional 2 de Noviembre” that attacked with an explosive device the building of the ” Circle of Retired Gendarmerie Officials”, we: attacked, set fire to and disabled one of the torture centers for animals, called medialuna. Where the rodeo is practiced, national sport of this disgusting country, which consists of two riders on horseback, whipping a steer against a wall, until it causes bruises, fractures, internal spills and even death.

We used a large amount of fuel for our task. Vulnerating the security of the premises and the bastard police, but prepared in case we had to face as equals with vigilantes, citizen heroes or pacos. Which, fortunately for them, did not happen.

We prioritized action; of sabotage, threat and execution. Fed up with a scene of supposed animal liberation fighters, who settle for an alternative diet, harmless words and belligerent network posts.

While they live in their peace, warring with their cell phones, animals die, suffer and regret having been born.

Rodeos, butcheries, vivisection centers, bioteries, laboratories, animal exploitation clubs for sport. All are our targets, and without hesitation all the humans who carry them out: financiers, workers, watchers, spectators, consumers, owners and competitors. Everyone is at risk.

We left a threatening 380 caliber bullet with a pamphlet attached, hanging on the failed structure, warning that blood and tears await them.

We frame this action, particularly this week, as a response to another anniversary of the death in combat of warrior Mauricio Morales.

As an operative group, our focus is primarily revenge, liberation and sabotage, in the name of Animal Liberation.

And in view of the fact that over the years, this aspect has been forgotten by a large part of the Cells that have vindicated him. We wanted to recall his anti-speciesist character, which he sustained with the same conviction with which he charged that last bomb against domination.

Animal Liberation, whatever it costs, and whoever it costs. Mauricio Morales, Sebastián Oversluij, Barry Horne, present. Fire to the prisons for humans and non-humans. To practice ideas, and not let them die in the peace of inaction.

To blood, to return the pain.