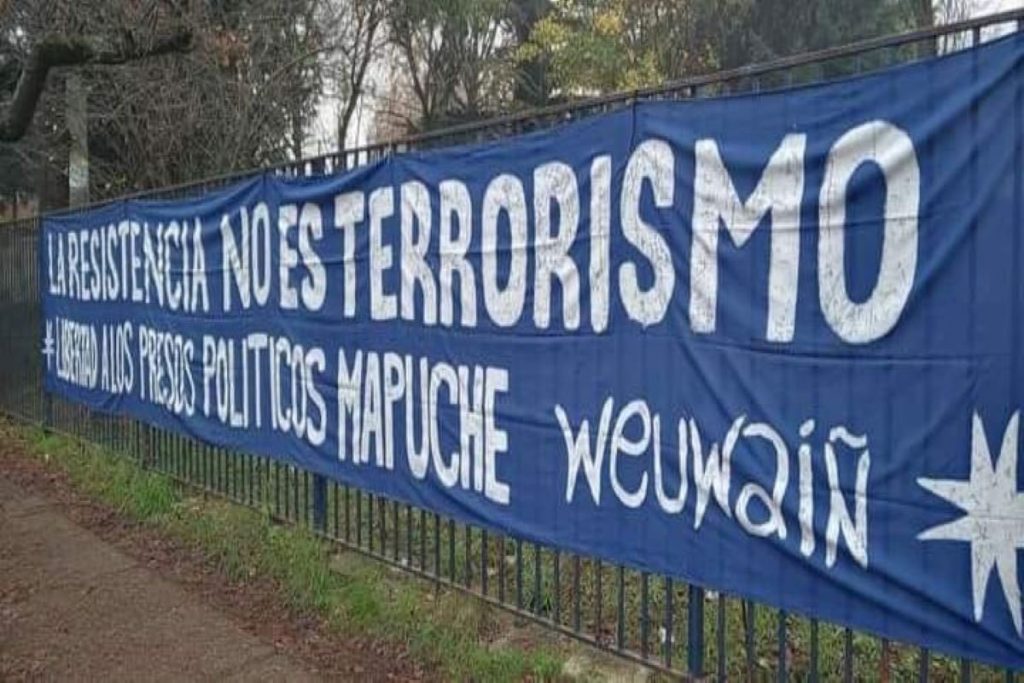 To read a previous statement from Mapuche political prisoners in Angol go here.

For more information on Mapuche struggles in English go here.

In the face of the racist and criminal politics adopted by the ministry of justice through the gendarmerie, the 25 Mapuche political prisoners detained in the Angol prison denounce the following:

As is public knowledge, the new government of Gabriel Boric is exercising repression against the communities in resistance of Wallmapu. With it, they are attempting to socially marginalize us through different media outlets owned by the ultra-right bourgeoisie, different unions, and anti-Mapuche groups such as APRA and CMPC, aiming to discredit and delegitimize our struggle for the recuperation and reconstruction of our ñuke Mapu (mother earth). They have conspired using different practices of communicative intimidation.

As Mapuche political prisoners in the Angol prison, we denounce the gendarmerie as an institution. It is part of the criminal political strategy of the government—utilizing practices of torture implemented during the dictatorship by the DINA—taking our pu peñi to prisons in other regions of the country. To these Mapuche political prisoners they have imposed pre-trial detention, harassing them psychologically, and seeking to demoralize the different lof that struggle with dignity for the defense, recuperation, and reconstruction of our Mapuche people-nation.

This is the case of the werken (spokesperson) Juan Alberto Millanao Huaiquillán of the lof Kollam Mapu, who was detained on May 6, 2022 in the city of Temuco. In a report issued by the gendarmerie, it was argued that the module of Mapuche political prisoners in the Angol prison is overcrowded, justifying his continued pretrial detention in the city of Temuco.

Another case is the detention of our peñi Alejandro Liguen of the lof Chacaico Huañaco Millao. On May 25 of this year, the same day of his arraignment, the Collipulli Court of Constitutional Guarantees with the report from the Angol Gendarmerie, indiscriminately took the decision to transfer our peñi to the Manzano prison in Concepcion. This was a racist decision by the court, violating his right to the presumption of innocence. A practice that has been exercised in all of the persecutions against our pu peñi and pu lamien of our Wallmapu.

We make a widespread call to all of the lof in resistance to remain attentive, firm, and united before the wave of repression that this new government, through its lackeys, together with the different capitalist unions and bourgeois media, have sought to establish in order to delegitimize our weichan.

We demand the immediate transfer of our peñi Juan Millanao Huaiquillán and Alejandro Liguen to the module of Mapuche political prisoners of the CDP of Angol. We will remain alert to the various violations that the gendarmerie carries out, both locally and in the various prisons of Wallmapu, against the various pu peñi and pu lamien kidnapped by the state.

Free all Mapuche political prisoners and prisoners of the revolt!