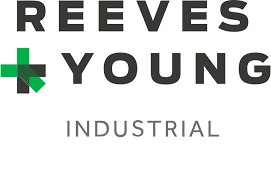 On April 25th, activists with Stop Reeves Young (SRY) confirmed the news that Reeves Young, a major Atlanta construction contractor, is no longer working with the Atlanta Police Foundation on the Cop City development. This is a great victory for popular resistance to police militarization and environmental devastation. In only a few months, independent efforts and direct action have motivated a large company to leave the project. If we want to defend against racist backlash to the 2020 George Floyd protests, guard against militarization of our city, and assure the inhabitability of the region in the coming years, we have to remain focused and see this struggle to the end. Cop City must not be built.

According to reporting, the first phase of construction — surveying the land, soil sample boring, building paths, and cutting down trees — had a projected cost of $90 million, with the Atlanta City government paying $30 million, and corporate backers of the Atlanta Police Foundation (APF) paying the rest. That cost is going up, as dedicated groups continue to obstruct the forward momentum of the project. According to a statement made by APF on April 28th, Reeves Young has “finished” their role in the project. This is a creative way to describe what has happened, but we understand that the police and their corporate allies do not want to admit the truth: that a focused group of activists have delivered a devastating blow to the Cop City construction.

The APF would have us believe that Reeves Young was contracted to do nothing more than hire a bulldozer and and walk alongside Long Engineering work crews as they planted a few surveying stakes and did some soil testing. However, our research indicates that Reeves Young typically does not do minor preliminary subcontracting: they take lead contracting roles, working on projects from start to finish. In fact, Reeves Young specializes in massive municipal projects, including so-called “public safety” centers in the Atlanta area, just like Cop City. While the Atlanta Police Foundation tries to save face, we are celebrating a major victory: pressuring a main contractor out of the project.

We are pleased that the movement has built so much momentum, and that the Cop City development continues to face setbacks because of the intelligent actions of regular people. However, the struggle continues. Brasfield & Gorrie, another large general contractor, remains with the project. Brasfield & Gorrie do not do any work themselves: they are entirely dependent on subcontractors to complete their projects. Now they must hire an entire set of subcontractors in order to build Cop City. We believe it is in the best interest for Brasfield & Gorrie to follow the lead of Reeves Young and drop the APF as a client, rather than remaining complicit in the destruction of the forest. It is up to all of us to make that clear to them.

As we move forward, developing new strategies will be easier if we can look closely at the events leading to the withdrawal of Reeves Young from the contract.

October 2021: activists on-the-ground discover that Reeves-Young has been contracted to clear the forest and “prepare” the grounds for construction, i.e. to destroy the forest.

October 18, 2021: An employee contracted by Reeves Young is clearing grounds and preparing a work site in the Old Atlanta Prison farm. He is met by activists, who ask him to leave, which he does.

November 12, 2021: A few dozen protesters visit the Reeves Young headquarters in Sugar Hill, GA. The protestors disrupt a board meeting by demanding that the company abandon its contract with the Atlanta Police Foundation.

December 20, 2021: A group of activists enter the gated community in which Dean Reeves, chairman of Reeves Young, lives. This group affixed banners outside of the Reeves’ home, urging them to cancel their contract.

January 18, 2022: Reeves Young enters the forest with a representative from the APF and begin knocking down trees with a bulldozer. A small group of activists confront them, escorting them out of the forest.

January 25-28, 2022: Long Engineering, a subcontractor owned by Atlas Technical Consultants and sometimes accompanied by Reeves Young workers, is continuously confronted by protesters as Long Engineering attempt to do surveying. Their surveying stakes are repeatedly removed at night.

March 1, 2022: Five vehicles belonging to Long Engineering, the Reeves Young subcontractor, are disabled by anonymous activists because of their participation in the destruction of the forest.

March 19, 2022: Six machines belonging to Reeves Young are disabled in Flowery Branch, GA by anonymous activists who also leave a message asking them to drop their contract with the APF.

April 2, 2022: A Georgia open records request reveals that the Atlanta Police Foundation has begun working on the Cop City project with Brasfield & Gorrie, another major general contractor in the southeast region.

April 9, 2022: StopReevesYoung.com launches, including the names and home addresses of executives within Reeves Young and some of their affiliates. The site includes a call to action to oppose their attempts to build the Cop City.

April 18, 2022: The Atlanta Police Foundation quietly announces that phase one of their project has been completed and that Reeves Young is no longer working on the project.

April 25, 2022: Reeves Young employees confirm that they will not build Cop City.

This has been an incredible period of momentum and research, but nothing is over yet. Now that we have made a decisive victory, it is important to remain more focused than ever. In the coming weeks and months, we will need to continue pressuring all the contractors associated with the project, to create economic incentives for them to simply move their time and resources to other endeavors. This platform, SRY, will continue to serve as an educational hub for this ongoing campaign.