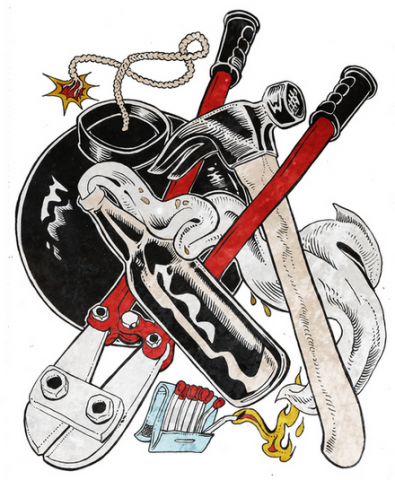 In the early morning of January 22, rue du Général Bizot in Paris, a van of Enedis, subsidiary of the nuclear empire EDF, was set on fire.

This small action may seem derisory compared to such a big industrial group, but it doesn’t matter, at least we will have tried not to confine ourselves to palaver, and in any case this type of argument only pushes us to resignation.
By this gesture and by these words, both are inseparable, we also hope to motivate other people to take action. Those who want to act in the direction of individual and collective emancipation because they see not only that this techno-industrial society is running towards ecological disaster but also that the “solutions” that are proposed to us all go in the direction of a stronger individual subjugation.
And may our little sparks finally set the meadow on fire!

A hug to those who are fighting, especially against nuclear power. A thought for our companions in jail, among them Alfredo, an Italian anarchist who shot a nucleocrat.