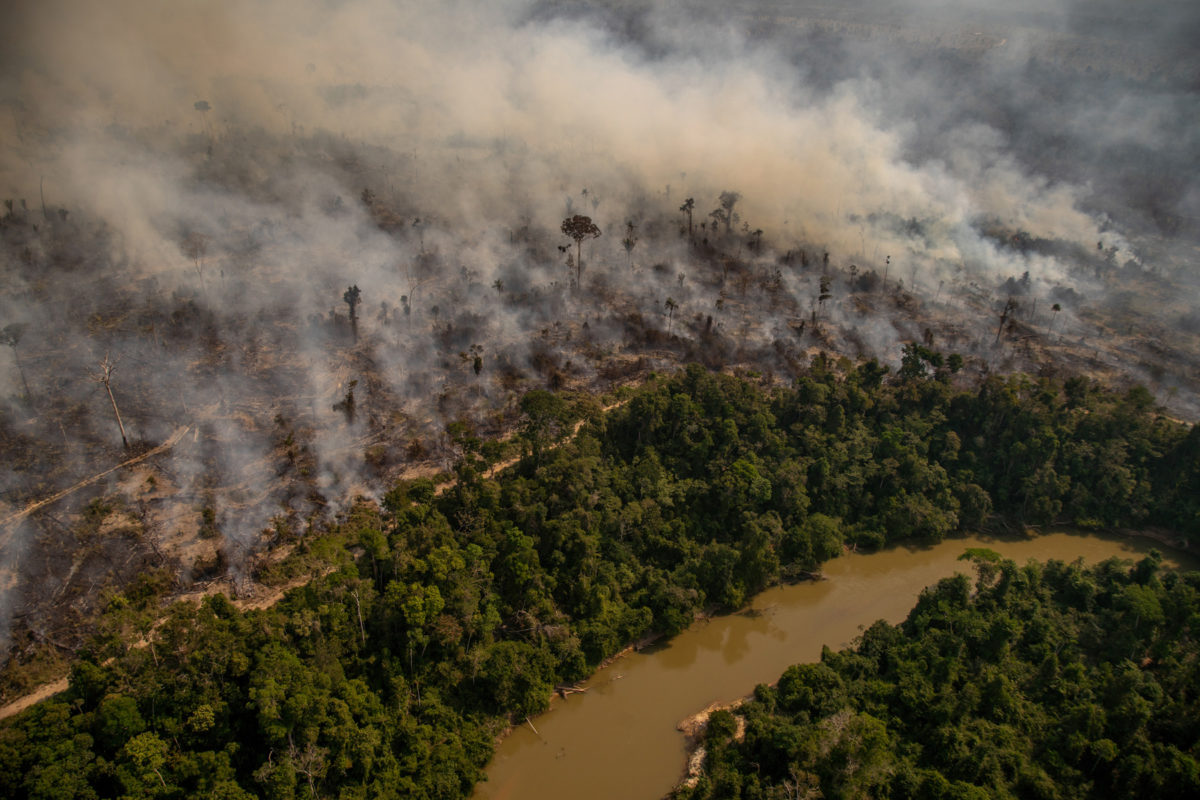 Deforestation in the Brazilian Amazon was more than 20 percent lower for the second straight month relative to the prior year according to data released today by Brazil’s national space research institute INPE. But forest loss in the world’s largest rainforest remains well above the average of the past decade.

However INPE’s deforestation data excludes forest loss from fires. More than 1,000 major fires have been registered in the region since late May, according to a fire tracking system run by the Amazon Conservation Association’s Monitoring of the Andean Amazon Project (MAAP). Fires in the Amazon have accelerated rapidly in recent weeks, rising to 53 major fires per day in September, up from 18 in August and 2 in July. 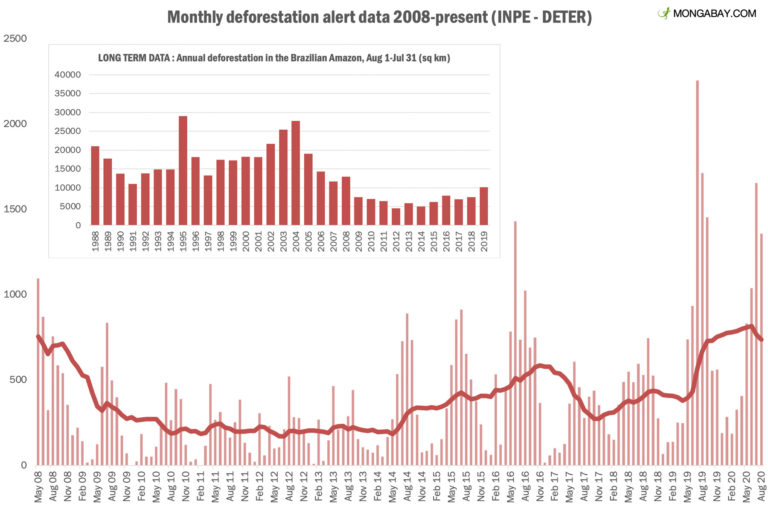 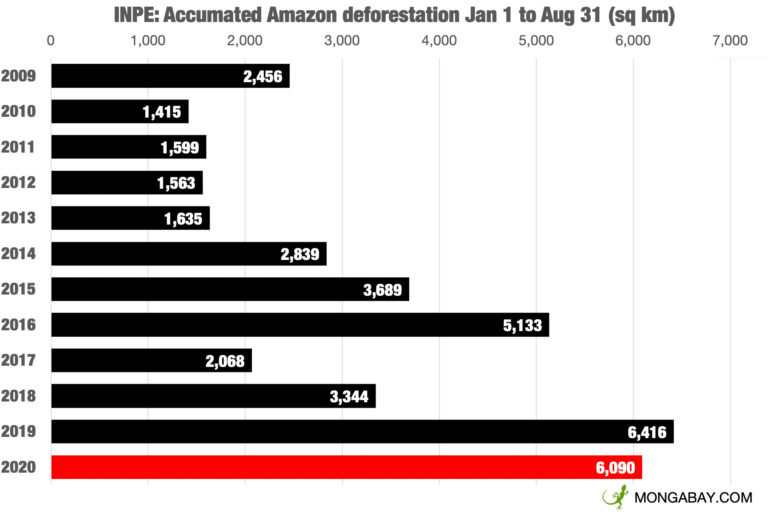 Major fire data from MAAP’s Amazon Fire Monitoring App is updated in real time and will include data from after the publication date. Cartography by Willie Shubert of Mongabay in collaboration with InfoAmazonia.org

Despite the relative decline during the past two months, deforestation detected by INPE’s short-term alert system has amounted to 8,850 square kilometers over the past year, 10% higher than a year ago when Amazon deforestation hit the highest level since 2008.

Deforestation in the Brazilian Amazon has been trending upward since 2012 — with the sharpest increase occurring since January 2019, when Jair Bolsonaro, who campaigned on the promise to open the Amazon to more mining, logging, and industrial agriculture — took office. Bolsonaro’s administration has significantly reduced the resources available for combating illegal deforestation, relaxed environmental laws, and opened protected areas and indigenous lands to extractive industries.

Ongoing deforestation in the Amazon is of great concern to scientists who say the rainforest ecosystem may be approaching a tipping point where large extents of the biome shift toward drier transition forests and savanna like the neighboring Cerrado, which is more prone to fire and stores substantially less carbon in its vegetation. Such a development could have dire consequences for regional economies by reducing rainfall and exacerbating water shortages, while greatly accelerating global carbon emissions.