Press Release by “No (S)hell On Earth” (google translated by EF!J) 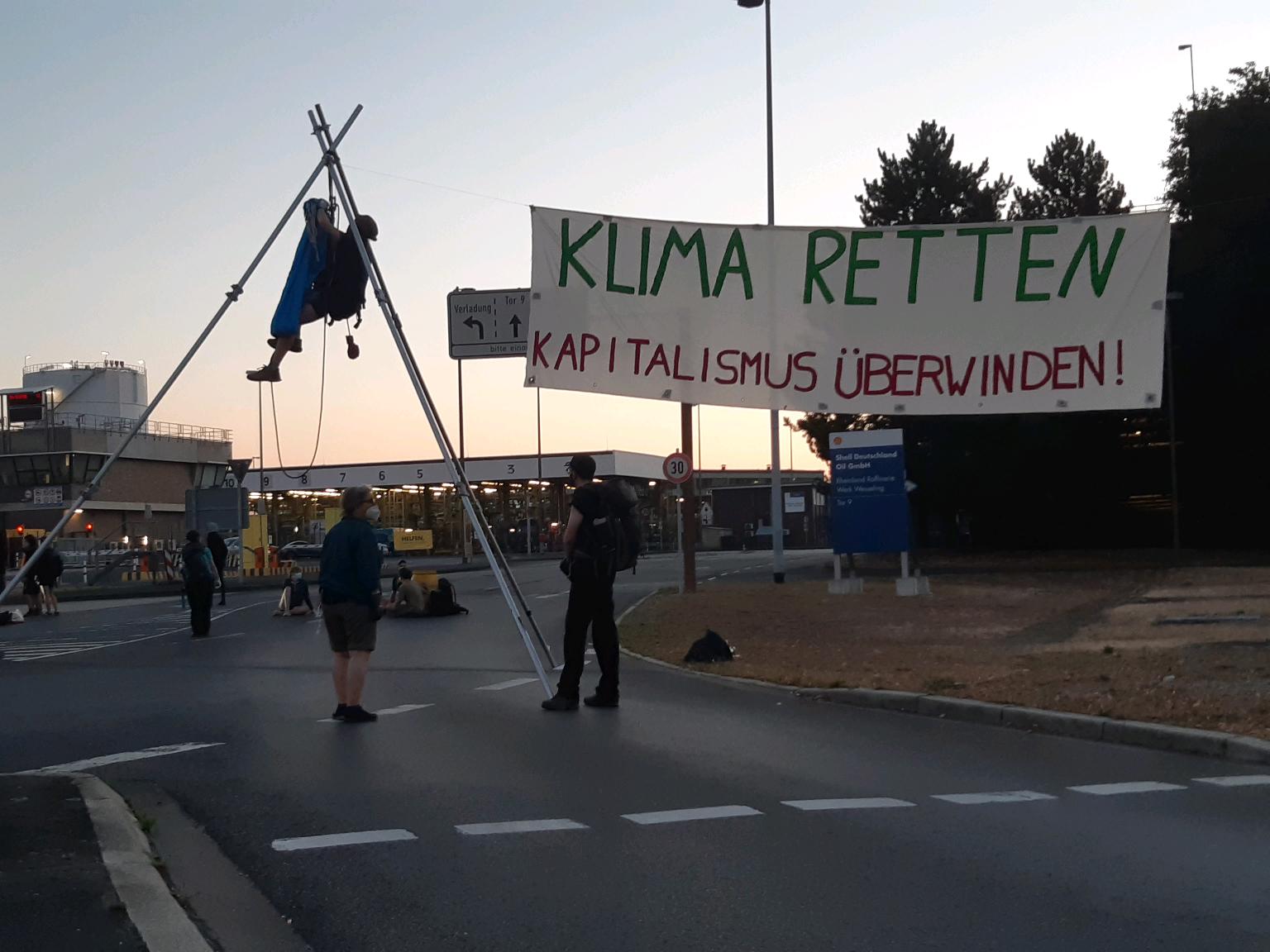 Activists with “SAVE THE CLIMATE OVERCOME CAPITALISM” banner at Gate 9 of the Shell refinery in Wesseling, Germany.

Climate activists began blockading the central infrastructure of the Rhineland Shell refineries at 6 this morning. This action of several small groups is called “No (S)hell On Earth,” and takes place as part of the campaign days “Resistance With Distance” (#AufstandMitAbstand). 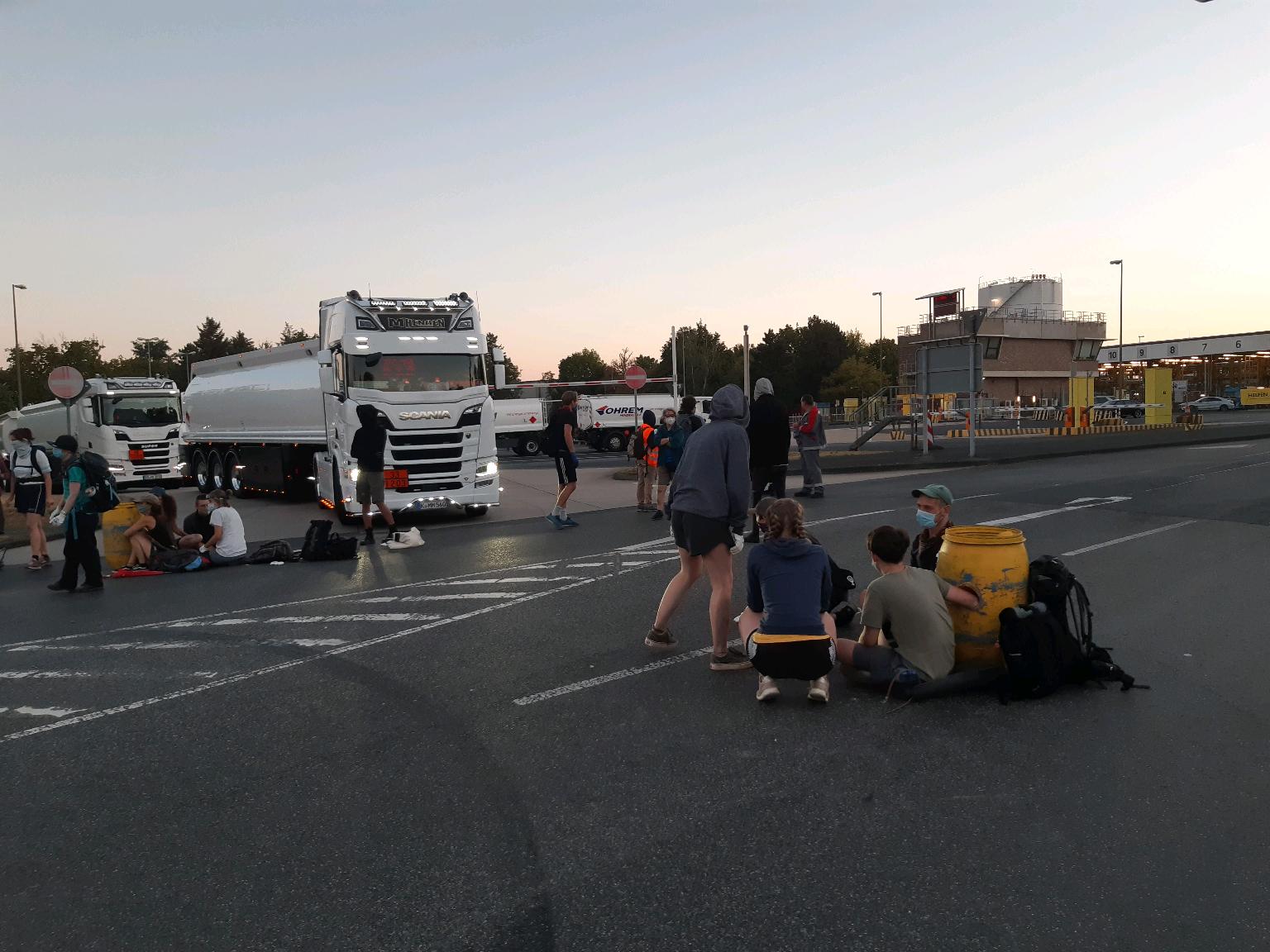 60 activists are blockading road and port entrances with implementation of coronavirus social distance measures. The activists have prevented the truck delivery of the refinery products using their bodies. Some activists use technical aids such as concrete barrels and tripods. With kayaks, other activists stop the entry and exit of ships to the Godorf port on the Rhine river. 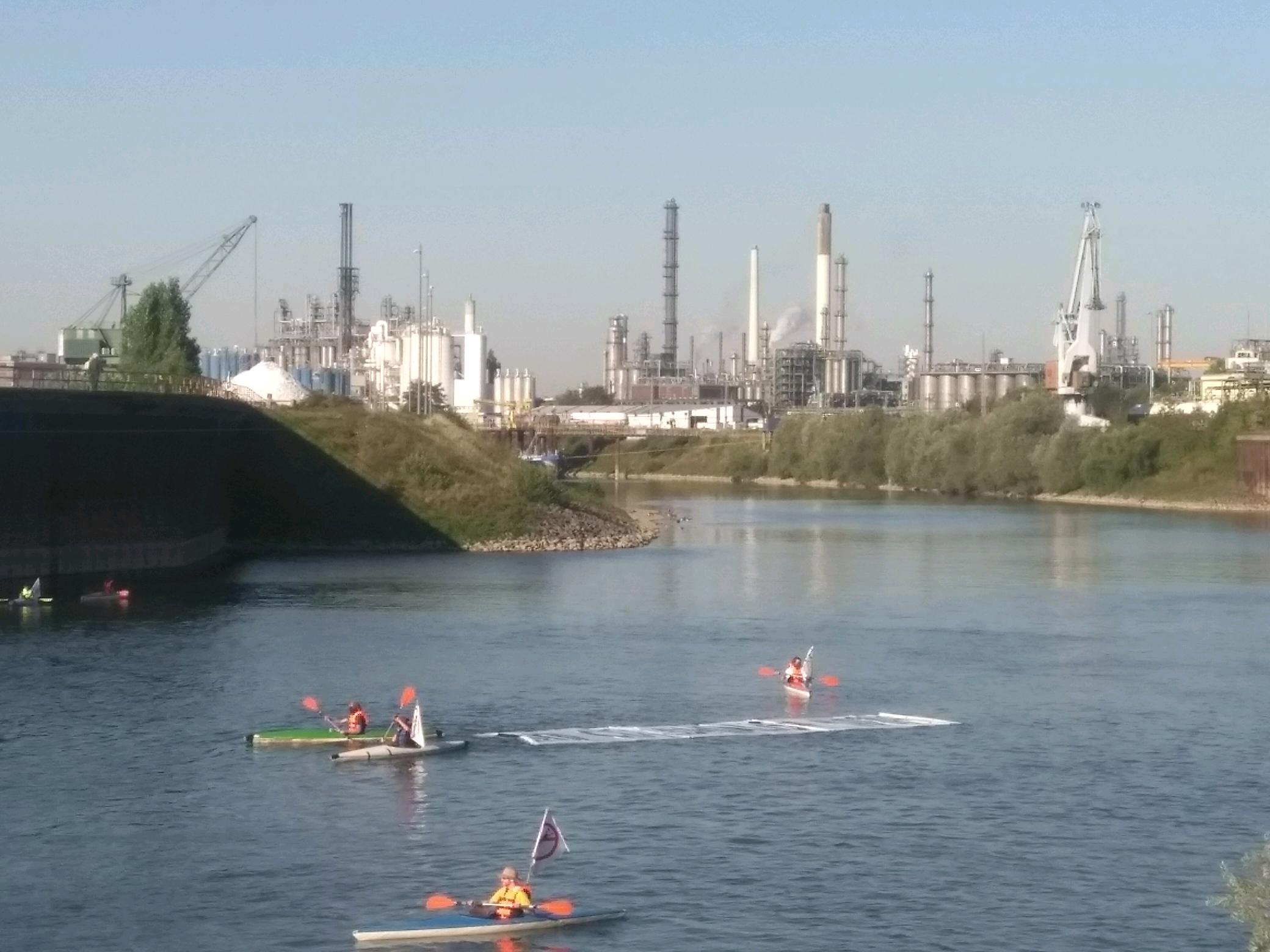 “We effectively prevent the delivery of refinery products. The corporate giant Shell has been producing one environmental scandal after another for years, most recently in Godorf. Since November last year, at least 390 tons of oil seeped into the groundwater here. We are doing now what the authorities have been neglecting for years and are closing the refinery itself! ”says Lea Neus, an activist of the action. “We demand that Shell be broken up! We want Shell’s neocolonial exploitation profits to be used for repairing damage worldwide and thus the era of the oil production comes to an end!” 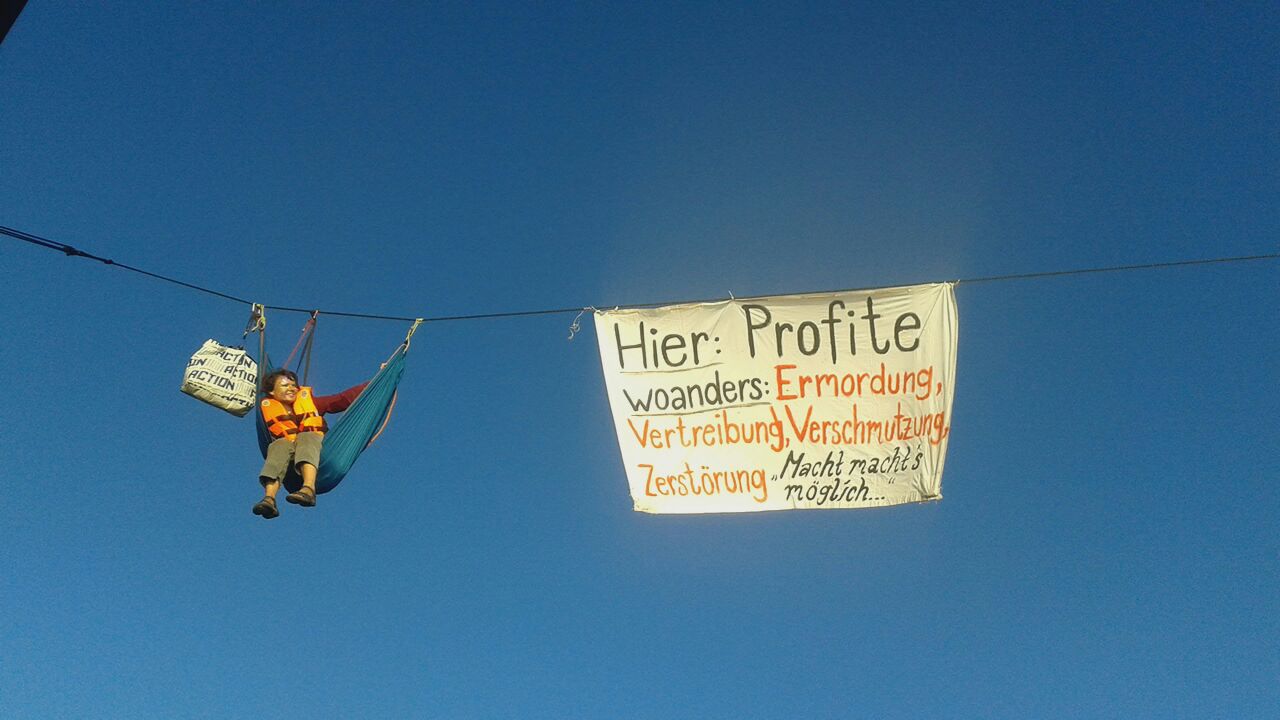 Shell is one of the largest CO2 emitters worldwide. The refinery in the Rhineland processes 17 million tons of crude oil per year and supplies petrol stations with diesel and petrol as well as Cologne and Frankfurt airport with extremely environmentally harmful kerosene. The activists intervene directly here: They prevent tankers from entering and leaving the company premises in Godorf and Wesseling. The group is represented in 140 countries and generated annual sales of almost 350 billion dollars in 2019. Shell has become known through environmental scandals and support for terrorist regimes in global security, such as the apartheid system in South Africa. In Nigeria, hundreds of thousands, especially members of the Ogoni people, were murdered. Shell was forced to pay compensation to survivors, but continues to deny any responsibility. 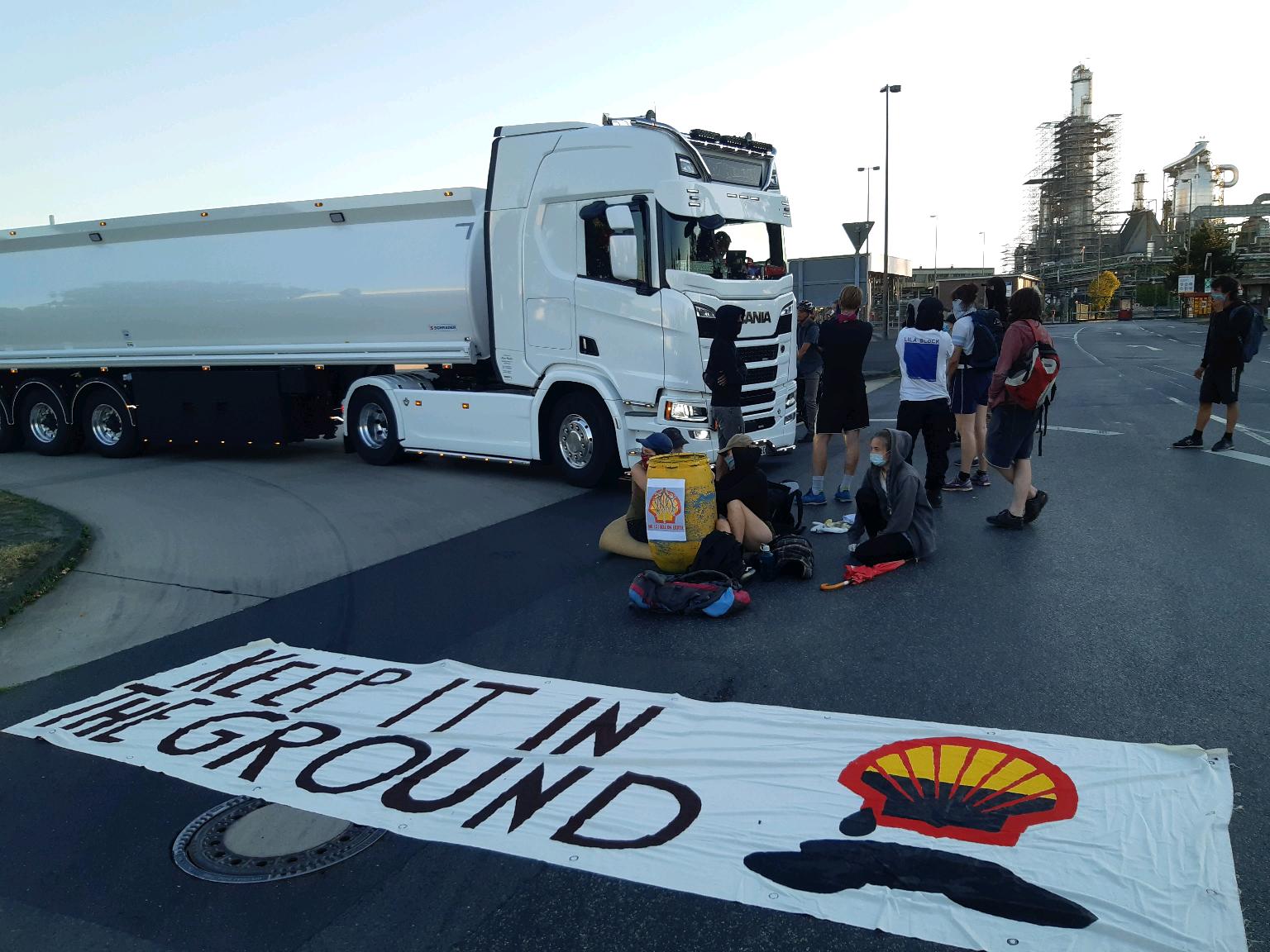 The majority of the population expects a radical change in transport and climate policy. Instead, in corona times environmental criminals like Shell get tax breaks and a new bridge, ”criticizes activist Svenja Miller from the campaign group. This shows solidarity with the citizens’ initiative “Citizens against the Bridge”, which is against the planned Rhine crossing defends itself. “Governors turn out to be unwilling to act and – unable. Last but not least, with the “coal phase-out law” we saw: the governments are not part of the solution, but part of the problem. Therefore we take climate justice into our own hands with our blockade,” summarizes Lea Neus and explains: “We are committed for a radical, sustainable transport and energy system. We call for a general minimization of the traffic routes and massive pushing of individual traffic. Part of it is also disempowering the crude oil groups. It needs clever and participative mobility concepts!” Last but not least, the Shell Corporation represents a destructive system: While that is located in the Niger Delta and here locally, there are other companies in other parts of the world, who pollute, exploit, murder and strive for power and profit. The activists want to counter the oil craze and are calling for closure of the Wesseling / Godorf refinery. 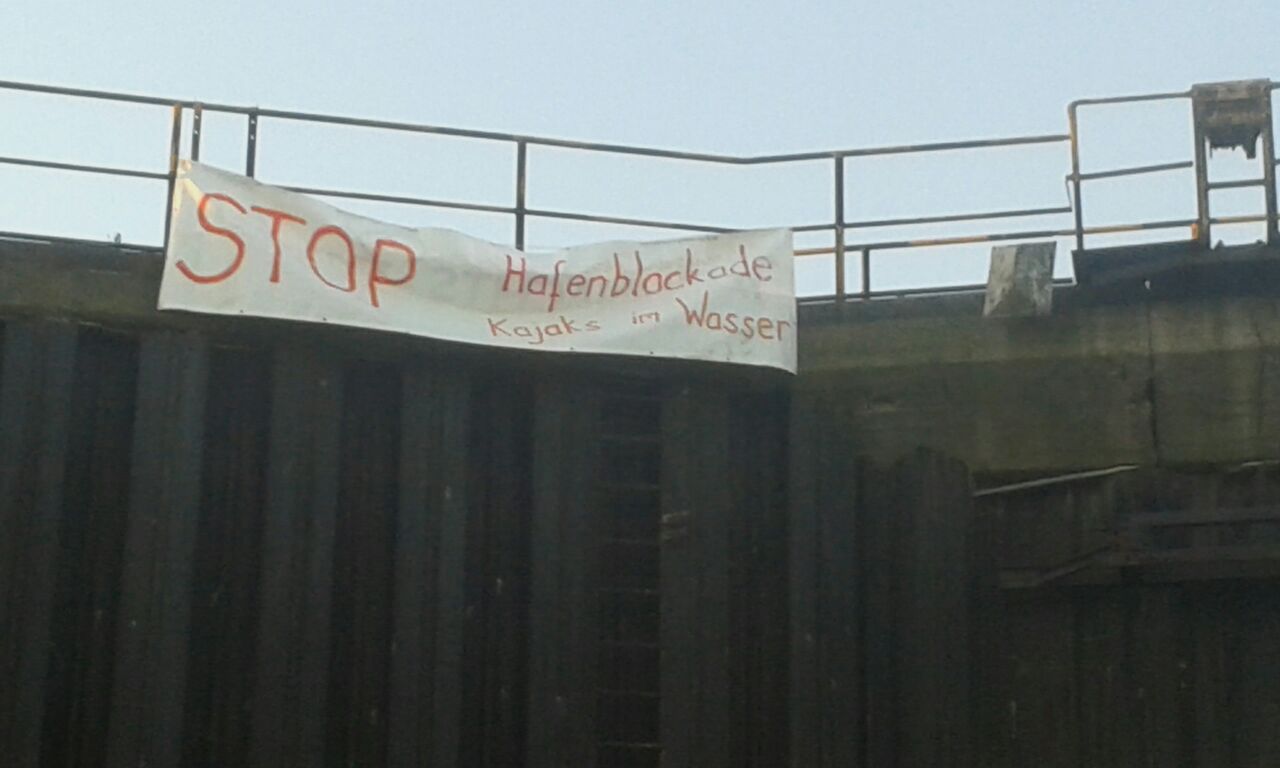 Svenja Miller makes it clear: “Our action is aimed not against the people working at Shell and the blocked truck drivers, but against the group and a system in which people are systematically exploited and ours livelihoods are destroyed. “ Lea Neus makes it clear: “In addition to this campaign, there will be many more nationwide actions this weekend as part of the action days, “Aufstand Mit Abstand.” While taking into account the coronavirus regulations, climate activists oppose various capitalist and destructive industries. “
Twitter account: @ NoShellOnEarth1
Email address: no-shell-on-earth@riseup.net
Flickr Account: no (s) hell on earth
Posted in Direct Action, Europe, Infrastructure, International Eco-Defense, Lockdowns and Blockades, Oil Extraction, Ports and tagged aufstandmitabstand, cologne, germany, shell oil.