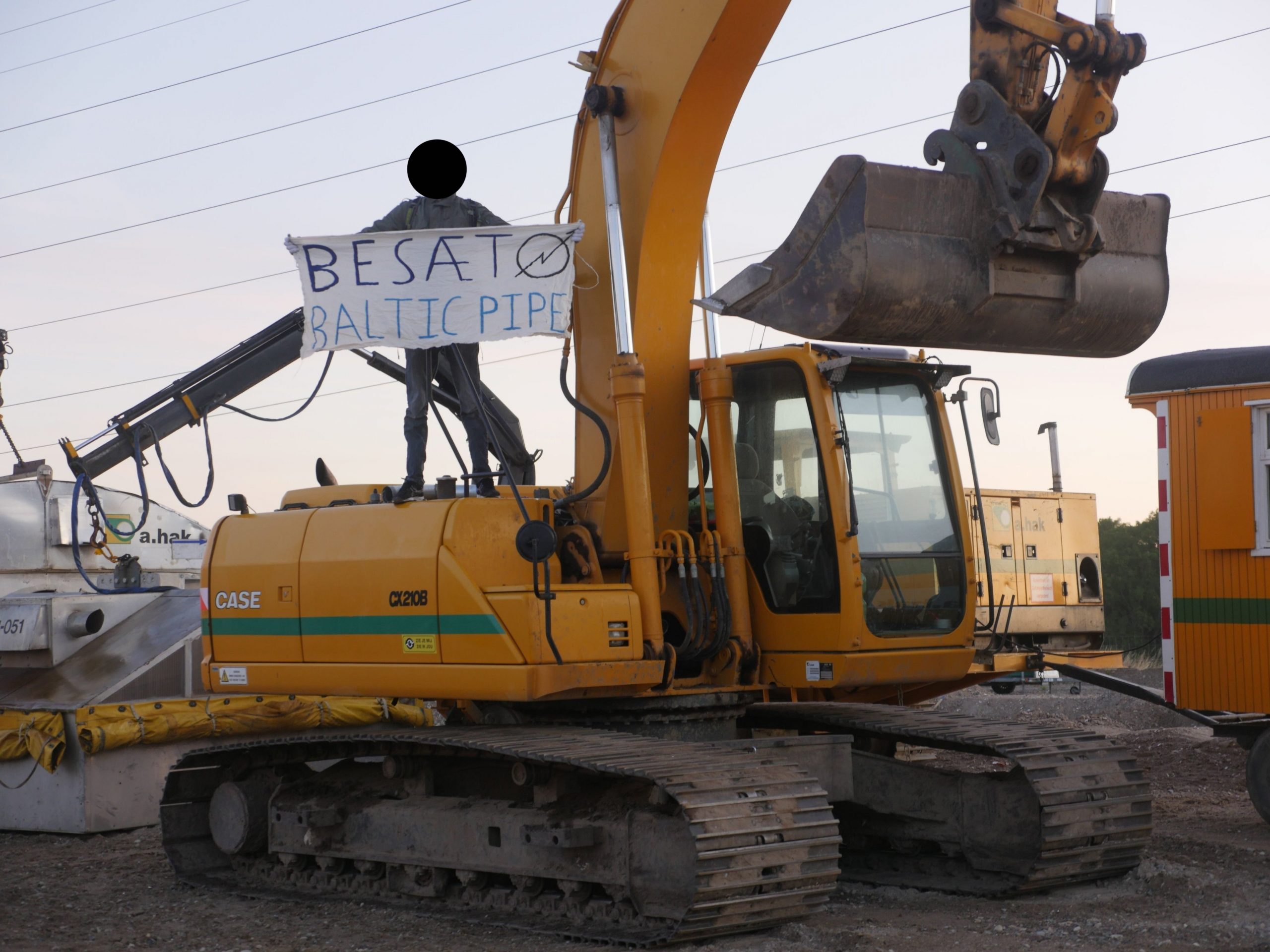 Early on the morning of August 3, activists from across Denmark woke up early and locked down at multiple construction sites to stop construction of the Baltic Pipe, just one more of the idiotic fossil gas infrastructure projects currently being built in Europe. 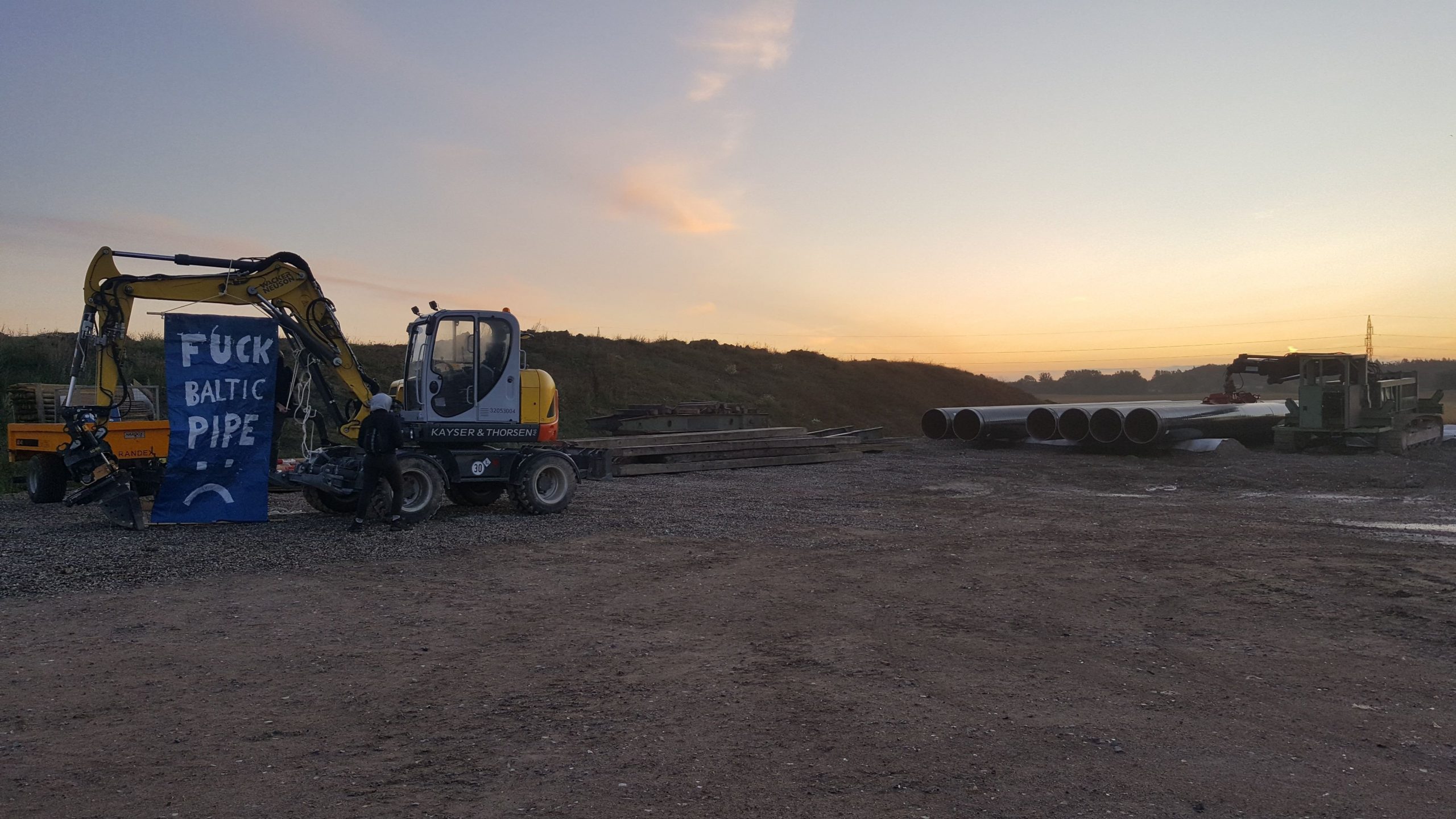 The Baltic pipe project wants to bring Norwegian fossil gas to Poland, to replace Russian gas, which will subsequently be sent to Germany in another gas infrastructure project under development, Nordsream 2. These projects make no fucking sense for the climate or geopolitically, and represent just another play by the fossil fuel capitalists to squeeze the last bit of profits from the public coffers through idiotic infrastructure projects passed off as ‘projects of strategic interest’. The activists in Denmark have taken direct action to shut down construction, and to cost Energinet, the company building the pipeline, as much money as possible, and to teach them that destroying the climate doesn’t pay. Locking themselves to machinery, blocking roads, paint attacks, and generally disrupting construction, the activists vow to continue this fight until the holes dug for the Baltic pipe project become the project’s grave, and the politicians’ and energy companies give up on this wasteful and dangerous project.  20 people are currently locked down and will stay as long as possible.  No compromise in defense of the climate! 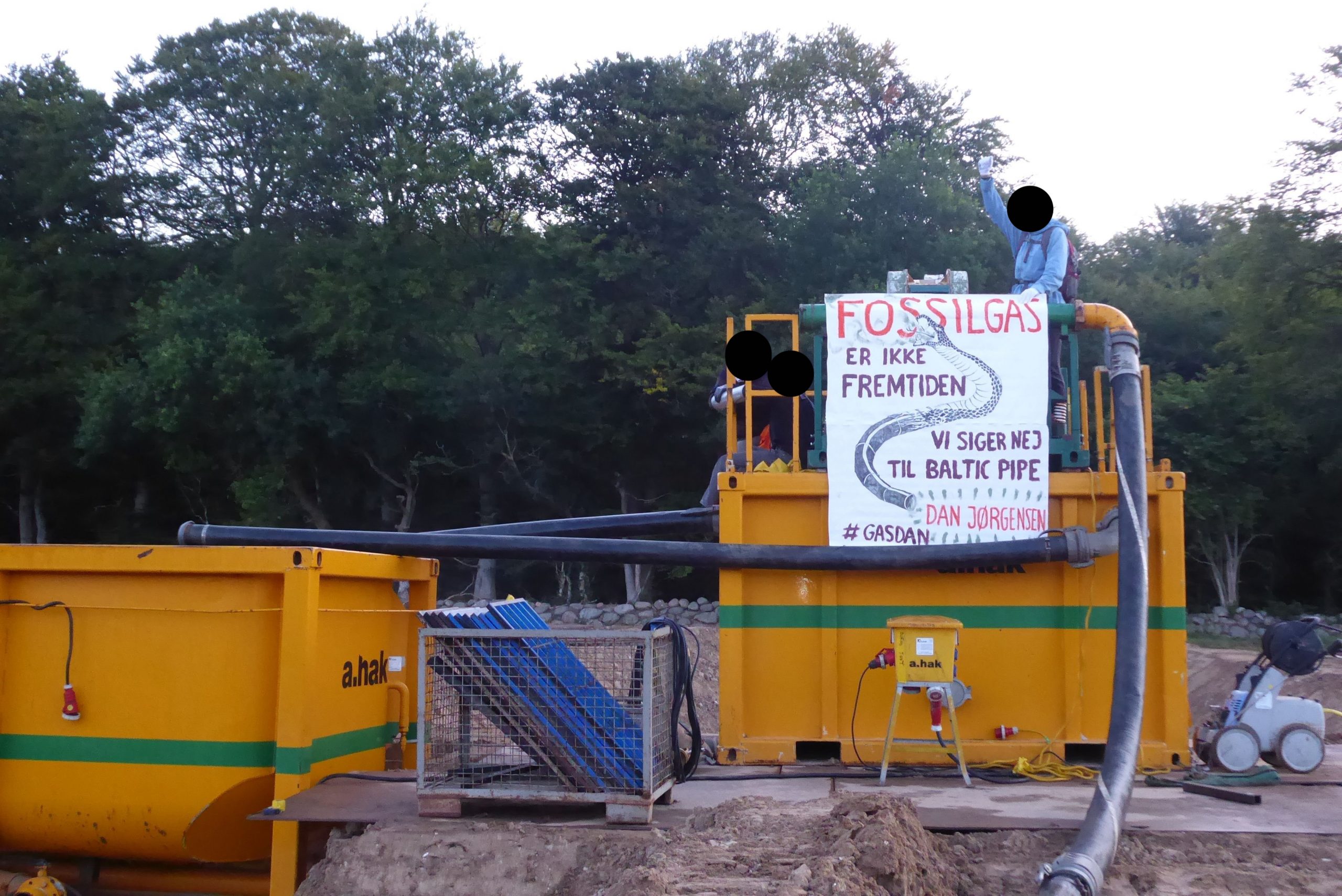 more info about the project at

For more info, you can write to