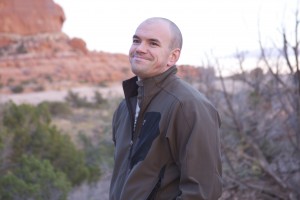 Tim DeChristopher has safely arrived at a halfway house in Salt Lake City, UT where he will serve out the remainder of his two year sentence.  Contrary to recent media reports, DeChristopher has not been “released” and remains an inmate of the Bureau of Prisons (BOP) until April 21, 2013.

As a federal inmate, DeChristopher cannot speak to media, and is not allowed visitors or media on the property of the halfway house without permission from the BOP.  We ask that media and supporters of DeChristopher respect these guidelines and contact Dylan Rose Schneider to submit media or visitation requests.

As we are expecting Tim to be transferred by October 24, 2012 please DO NOT SEND LETTERS TO FCI ENGLEWOOD.  The BOP does not forward mail, so your beautiful notes of solidarity and support will not make it to Tim.  This site will be updated with a new address as soon as possible.

Thank you, and as always, much Joy and Resolve to you all.