Everglades EF! and the EF! Journal take the stage before the March on the RNC to express solidarity with the growing rebellion in District 12 (hell yeah, that’s a Hunger Games reference.)

by Clinton Tyree, reporting live from the streets of Tampa Bay.

So Hurricane Issac didn’t blow the political elite and their flock far into the oil-slicked, algae blooms of Florida’s dismal Gulf Coast, like we had hoped. As it turns out, those of us who showed up in spite of the storm (or enthusiastic to witness its beauty and fury) have have had to do a little hell-raisin’ of our own.

While numbers have been small, the pain in the ass which protests have inflicted thus far has not gone unnoticed. Thanks to the over-reaction of the police state swarming the city, life in the Tampa area has been a glimpse at the true face of industrial-strength democracy.

Despite the rain and cops, rabble-rousing wingnuts of the 99% (yeah that’s us, and y’all) have marched in the militarized streets. And despite the extreme paranoia, folks have consistently breached security to disrupt business-as-usual for politicians that pave the way to growing corporate control over the planet.

Check out one such disruption in this video from ThePissBalls (whoever the hell that is) calling Scott Walker out for his Koch problem. It must be a doozy snorting all that tar sands… 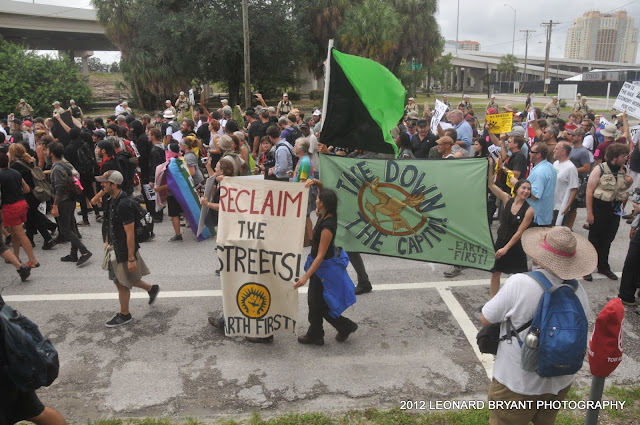 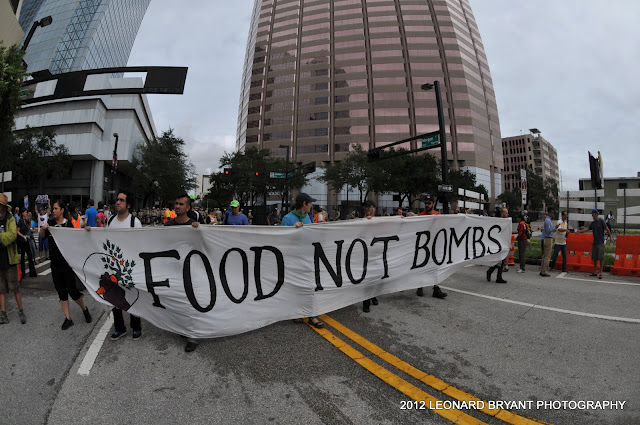 Even South Florida’s own scumbag politician Marco Rubio got a taste at a private event near Clearwater. 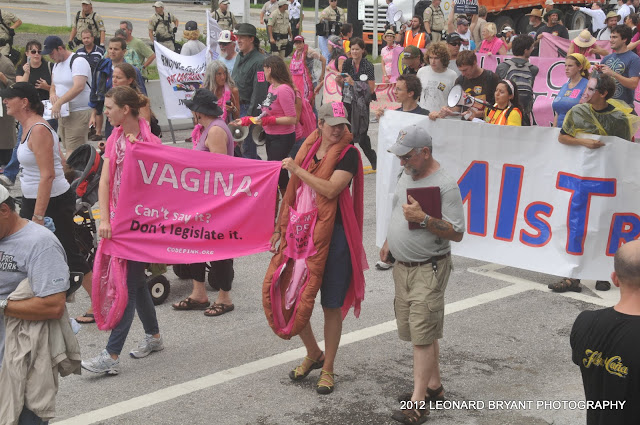 …And it ain’t over yet! For any of you planning on staying till Friday, might wanna mark your calendar for this: a “Wheels Up” party on Friday hosted in part by the National Energy Institute and Citizens United, the conservative organization behind the namesake 2010 Supreme Court case that loosened restrictions on money in politics.

P.S. Don’t forget about keeping your eyes peeled for that maggot Brandon Darby.