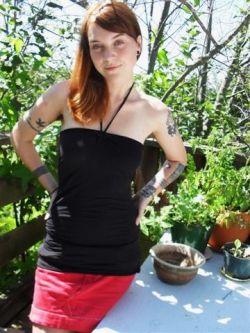 Kelly Pflug-Back, Food Not Bombs activist, author, poet and new member of the Fifth Estate editorial collective, has been sentenced to 11 months in jail for her role during the G20 summit’s protests in 2010. You can write her a letter at:

Kelly was convicted of wearing a disguise, intimidation, obstructing police and seven counts of mischief exceeding $5,000. She was also accused of  “instructing” black bloc rioters to torch three police cruisers and break the glass of five downtown stores.

Well.. That doesn’t look much like Kelly, but it might be one of the cops cars that “The Crown” is all worked up about

Actions were reported to have caused $160,000 to property and the loss of business that resulted from the damages.

Justice John McMahon said that Pflug-Back showed zero remorse for her victim [sic]. As a result,  The Crown had asked for a sentence of 18 months. “It is important to send a message with a stiff sentence,” according to Crown Elizabeth Nadeau. [source]

In a recent interview with Kelly, “Behind the Black Mask and Shattered Glass” she had this to say about the G20:

“These meetings exclude anyone from the exploited nations which the G20 derive much of their wealth and resources from. They also exclude any input from Indigenous groups that many G20 countries, like Canada, have robbed of their traditional lands in order to establish their nationhood… 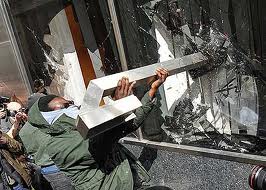 Someone smashin’ up a bank during G20 riots.. appears they also may be showing zero remorse for this glass “victim”

If you blame the G20 protests on a few deviant “ringleaders,” or make ludicrous claims that the vandals were all actually undercover police, you don’t have to think about the reasons why a pretty substantial number of people chose of their own volition to participate in a very impassioned form of opposition to symbols of global economic apartheid and corporate consumer culture. Whether or not you agree with property damage as a form of protest, I think it’s undeniable that the mass-scale environmental devastation and human rights abuses being perpetrated by multinational corporations and the governments of G8 countries are brutal and unconscionable.”

In response to a recent controversial article by Chris Hedges, the Black Bloc was characterized as “infected with a deeply disturbing hypermasculinity.” As a woman with disabilities, Kelly had this to say: 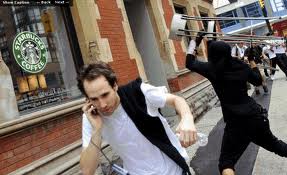 Global capitalism is also inextricably linked to kinds violence and exploitation that disproportionately affect women and girls, so in that sense any form of opposition to the G20, multinational corporations or trade blocs is also an opposition to patriarchy.”

Check out some of her poetry here, recently published by Counterpunch. 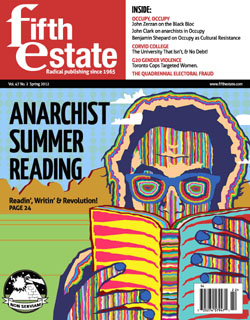 Kelly has an article published in this latest FE issue entitled “Survival of the Fittest? Disabilities & Tribal People” Check it out.

Kelly will also continue to write for Fifth Estate from prison for the next issue. Check the Fifth Estate Web page for details.