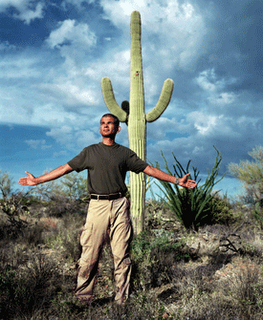 Most of the heroes of the Wild West, the rootin’ tootin’ movie cowboys, sheriffs, miners, ranchers, saloon owners and cavalry generals, had a real knack for replacing all the wild land they got a hold of with profiteering schemes. These are the folks that actually killed the Wild West, bought it up, fenced it in, murdered and incarcerated many of its indigenous people, destroyed its communities with alcoholism, stripped its land, averted and drained its waters, blasted its mountains, decimated its wildlife, made extinct its wolves and jaguars and generally can be thanked for the Bone-Dry SuburbanTame West of today. I’m saying, as far as wild goes, these boys paved the way for the wild-ass time you are having right now working your service job slinging coffee to hipsters.

No, the real heroes of the Wild West would have to actually fight to keep the place wild. They’d want to burn the banks and the miner camps, fend off the encroachment of a domesticating middle-class culture and take pot shots at the troops from the Dragoons. They might even take a bullet for a mountain lion.

Not too long ago we had just such a fellow out here in Tucson, and seeing as its his birthday on July 3rd it might be nice to remember this real Wild West hero for some of the amazing and crazy shit he did to fight for what wild we got left out there,and inside of ourselves as well.

Rod Coronado, who is turning 47 this year, is a Yaqui Pascua Indian, a writer and poet, a father, lover of nature and animals, felon and eco-anarchist. He’s the kind of guy that could tell you all about the native flowers growing out of the cracks in the sidewalk and how to make rudimentary bombs, though he’s done with the latter these days. Akin to the wily, earth loving and dangerous characters in Edward Abbey’s novel The Monkeywrench Gang, [and remember, Abbey was also a Tucson local] Coronado was a real outlaw for the wild, not a violent human in terms of hurting people, but also not afraid to utterly destroy any non-sentient instrument of oppression.

In his heyday of the late ’90s and early into the next millennium, while Coronado was a Tucsonan, he was an Earth First! Journal editor, a hunt saboteur, a vocal proponent of the Animal Liberation Front (ALF) and the Earth Liberation Front (ELF)—both considered domestic terrorist cells by the FBI—and an indigenous rights activist. These were the days of high stakes environmentally-motivated arsons across the country, from torched Hummers and SUVs to ski-resorts and animal testing labs. Even Tucson saw its share. In 2001 the ELF took credit for burning luxury homes encroaching on sensitive habitat in the Catalina Mountains and in 2003 the ELF and ALF claimed responsibility for the torching of an area McDonald’s which caused a half million bucks in damages.

And Rod Coronado was certainly a proponent of militant action. He spent much of his early activist years as a member of the Sea Shepherd Society, the organization made famous later through the television show Whale Wars. Coronado took the murder of whales, and their defense, very seriously. In 1986 he and another activist traveled to Iceland where they sank two whaling vessels, the Havalur 6 and Havalur 7, dismantling one half of the country’s entire fleet only after inflicting two-million bucks worth of damage to the whaling station itself. He got away with that one and has even written fondly of it in an article he published in the magazine No Compromise.

In 1995 Coronado was convicted on felony charges for an arson attack on a Michigan State University animal research facility, part of a string of facilities targeted by the ALF in their campaign duly titled “Operation Bite-Back.” He was sentenced with 56 months but the damages to the fur industry were substantial. Aside from the direct impacts of the action he was imprisoned for, he has been credited for research and inspiration which lead to many more actions, freeing thousands of animals—mink, fox, coyotes—who actually have a fighting chance to re-wild themselves and survive upon release. Not to mention millions of dollars lost to economic sabotage, dealing a crippling blow to the whole industry.

In 2001, Coronado visited the site of the Little Bighorn battle in Montana and stole a cavalryman’s journal during his visit, a defiant act in retaliation for the theft of hundreds of indigenous histories throughout the West and as, in his own word, “a reminder of indigenous discontentment with the treatment of our heritage and culture by the u.s. [lowercase his] government.”

In 2004, he was indicted on felony charges for an Earth First! hunt-sab in Sabino Canyon just outside of Tucson where he dismantled a lion trap, spread lion urine to confuse the hunting dogs, and was found guilty of felony conspiracy to disrupt a forest officer. He got 8 months for that.

Following felony charges for a speech he gave in 2003 in which he answered an audience question about how he had once used a plastic jug, gasoline and an incense stick to make an incendiary device , Coronado took a plea deal in 2007 and was sentenced to one year in prison but received an early parole. Subsequently, in 2010 he was sentenced to another four months in federal prison for violating the terms of probation because of a “friend” request by Earth First! co-founder and former EF! Journal editor Mike Roselle on Facebook.

Coronado is now out of prison. As early as 2006 he had begun an important transition many warriors take, from the front-lines to family. In A Statement from Prison which he wrote while still incarcerated in 2006, Rod had this to say:

“As a warrior I used to think that having children was an impediment to any struggle for peace and justice. Never could I have been more wrong. I believe our creator chose me to be a parent of my son because I was a warrior…. Raising a child requires a parent to practice the very principles you seek to teach your children…. If we live in peace and teach our children well, they might inherit a world better than ours. Maybe I’m just getting old, or finally thinking about the legacy I will leave behind, but I still have much to give….  Don’t ask me how to burn down a building. Ask me how to grow watermelons or how to explain nature to a child. That is what I want to grow old doing.”

Coronado now lives in Michigan, and any return to Tucson would be difficult because his probation forbids him from communicating with others who have been involved in environmental or animal rights actions. His role as both underground militant and public figure have taken their toll, both on his enemies and himself. Many of his militant actions, which I consider part of a historic indigenous resistance movement long buried by white colonial histories and corporate media, and scorned by white liberal activists, are still highly controversial in environmental and social justice movements.

Much of Rod’s early actions took place just before the eruption of intense FBI hunts for “domestic eco-terrorists,” a fear mongering term elevated by State and corporate media following the rise of the ELF. But in a West rapidly laid bleak with concrete, undergoing an extinction crisis and climate convulsion, overcrowded with bland, consumerist culture and the boredom of timid human engagement, Coronado stands as a figure, all the more heroic, and absolutely quintessential to the promise of a re-Wilded West.