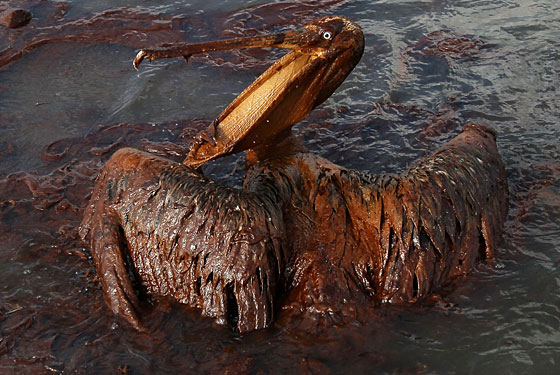 SAN FRANCISCO— The Obama administration announced plans on Thursday to dramatically expand offshore oil drilling, including in the Arctic and the heart of critical habitat for polar bears. The plan will also expand high-risk, ultra-deepwater drilling in the Gulf of Mexico, which is still suffering the effects of the Deepwater Horizon disaster that spilled more than 200 million gallons of oil.

The five-year plan schedules 15 lease sales in six offshore areas, including the Arctic’s Beaufort and Chukchi seas, where an oil spill in remote areas would be nearly impossible to clean up, and portions of the Gulf of Mexico near areas where development has so far been off-limits. The plan encourages further reliance on oil and threatens species already stressed by the impacts of climate change.

“President Obama is doubling down on risky offshore oil development when he should be investing in clean energy,” said Miyoko Sakashita, oceans program director at the Center for Biological Diversity. “This plan is a one-two punch to vulnerable wildlife like polar bears. They’re already being killed off by climate change, and now they’re facing dangerous, dirty drilling right where they live.”

The Obama plan represents a long-term commitment to offshore oil drilling at a time when Arctic monitoring stations have reported carbon dioxide levels in the region have reached 400 parts per million — a milestone that underscores the risks of greenhouse gas pollution. Leading climate scientists say CO2 concentrations should be reduced to 350 ppm to avoid catastrophic, irreversible impacts.

The Chukchi and Beaufort lease sales take place in critical habitat for polar bears, which were protected under the Endangered Species Act in 2008. Scientific studies show that, because of the rapid melting of their Arctic habitat, two-thirds of the world’s polar bears, including all those in Alaska, are likely to be extinct within the next 40 years unless greenhouse gas pollution is significantly reduced.

“Polar bears are already teetering on the brink of extinction. Policies that worsen climate change and raise the risk of disastrous oil spills in their habitat will push them over the edge,” said Sakashita.