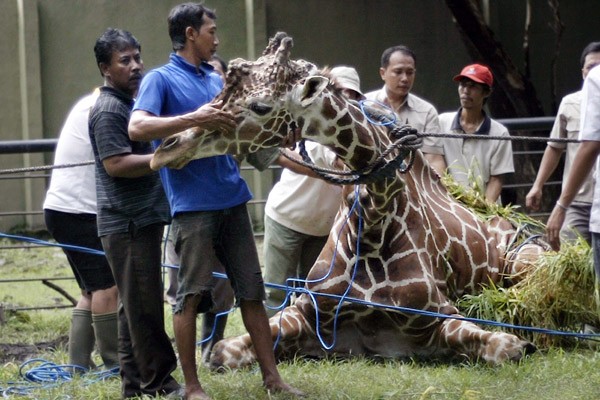 Neglected, cramped, and now fatally ill-kept – the animals in these zoos are dying.

From The Independent (UK)

In a remote corner of Jakarta’s Ragunan Zoo, a Malayan sun bear is pacing back and forth, shaking its head in an agitated manner. There is no shade or shelter in the tiny, dilapidated enclosure – just a stagnant pond full of rubbish. The bear, which is riddled with mange, rears up against a concrete wall and howls.

It’s a scene that is not uncommon in Indonesia, where zoos have come under scrutiny following the death of a giraffe in Surabaya, East Java – later found to have a 40-pound wad of plastic in its stomach. In a country known for its rich biodiversity, many rare and threatened native creatures – such as the honey-eating sun bear – are kept in squalid and cramped conditions that appal animal welfare experts.

Across the country – particularly in zoos owned and run by municipal governments – listless and unhealthy animals are kept in ageing pens, looked after by keepers with no training and little interest in the job. Diet and veterinary care are poor. “The people managing our zoos only think about profit,” says Made Wedana, an internationally respected biologist who ran the primate centre at Ragunan Zoo for five years. “They don’t really care about animal welfare, or understand zoos.” 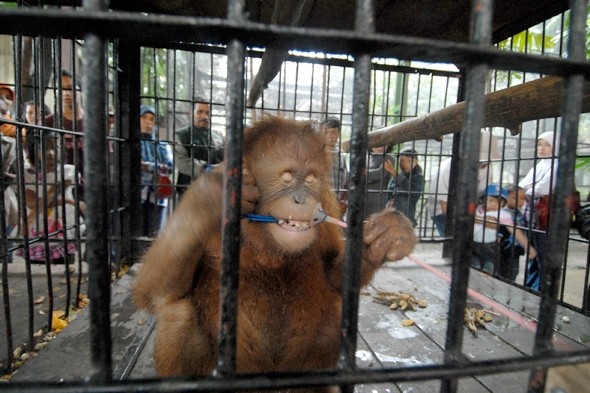