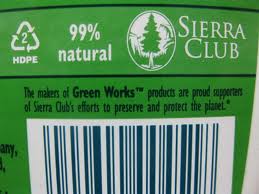 No, the story is not about Sierra's sketchy Clorox deal, but the image seemed appropriate. 99% natural?!?

From the article:  “John Muir must be rolling over in his grave… The organization he founded in 1892, the Sierra Club, America’s oldest and largest environmental group, have been in cahoots with the worst of the worst corporations in recent years. They’ve been paid tens of millions of dollars by the fossil fuel industry, tyrannical billionaire mayors and Wall Street in exchange for cleaning (and greening) up their public images.  Not only have they acted as a green public relations firm for the bastions of wealth and power, but have also sold out frontline communities most impacted by extractive industry…”    Read the full article here