by Rob Evans and Paul Lewis / The Guardian

Two undercover police officers secretly fathered children with political campaigners they had been sent to spy on and later disappeared completely from the lives of their offspring, the Guardian can reveal.

In both cases, the children have grown up not knowing that their biological fathers – whom they have not seen in decades – were police officers who had adopted fake identities to infiltrate activist groups. Both men have concealed their true identities from the children’s mothers for many years. 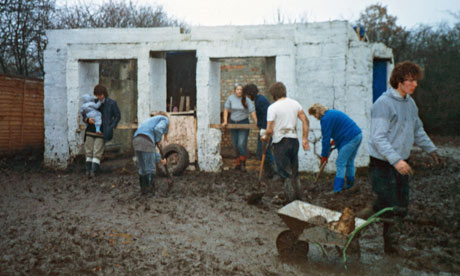 One of the spies was Bob Lambert, who has already admitted that he tricked a second woman into having a long-term relationship with him, as part of an intricate attempt to bolster his credibility as a committed campaigner.

The second police spy followed the progress of his child and the child’s mother by reading confidential police reports which tracked the mother’s political activities and life.

The disclosures are likely to intensify the controversy over the long-running police operation to infiltrate and sabotage protest groups.

Police chiefs claim that undercover officers are strictly forbidden from having sexual relationships with the activists they are spying on, describing the situations as “grossly unprofessional” and “morally wrong”.

But that claim has been undermined as many of the officers who have been unmasked have admitted to, or have been accused of, having sex with the targets of their surveillance.

Last month eight women who say they were duped into forming long-term intimate relationships of up to nine years with five undercover policemen started unprecedented legal action. They say they have suffered immense emotional trauma and pain over the relationships, which spanned the period from 1987 to 2010.

Until now it was not known that police had secretly fathered children while living undercover. One of them is Lambert, who adopted a fake persona to infiltrate animal rights and environmental groups in the 1980s.