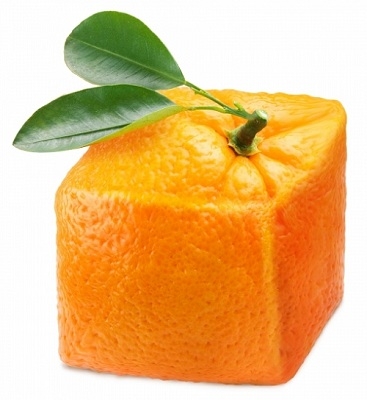 If you knew that your nigiri sushi was from farm-raised Atlantic salmon, genetically engineered (GE) to grow twice as fast using combined DNA from Pacific salmon and a large eel-like fish, would you be a bit slower with your chopsticks? Regardless of whether you would make a mad dash for that last piece or offer it to your unassuming dinner date, the question is: wouldn’t you want to know? GE salmon needs FDA approval before it can enter the marketplace, but 94% of the soy and 70% of the corn grown in the US is GE and already on our tables. Chances are, you are consuming GE foods and you don’t even know it.

GE foods (also known as genetically modified organisms, or GMOs) have had their DNA transposed with the DNA of other organisms in order to get the desired traits of one organism exhibited in the other. Products made from GE ingredients do not need labeling in the US. In contrast, the European Union, Japan, Australia and many other developed countries require labeling. Advocates for GMOs cite the potential to increase crop yields in developing countries, which could alleviate hunger by making more food available to the poor. Some supporters also believe that genetic engineering is beneficial for the greater good beyond high yields, such as in the context of “bio-pharming.” Bio-pharming is the engineering of crops to produce pharmaceutical agents, like vaccines, hormones, and proteins. Crops like corn and rice are already being used to produce elements of drugs for use on humans and animals.

Those against GMOs see diversified farming and sustainable ecosystems as the solution to feeding an undernourished world without the health and safety unknowns of GMOs. Critics also worry about the effects of these crops on non-GMO species, despite buffer zones in growing areas. Cross-pollination is a major concern for farmers who are growing non-GMO crops, because seeds and pollen can travel with the wind or insects to neighboring fields. Mexican farmers have already suffered contamination of their native corn populations from GE crops, and precisely due to this contamination concern, the Japanese Rice Retailers Association told the California Rice Commission in early 2002 that they would not support importing any California rice to Japan if GE rice was ever commercialized in the US.

Within the landscape of the GE debate is the issue of whether the public has a right to know if their food is GE. The JUST LABEL IT campaign has organized a petition calling on the FDA to label GE foods so that consumers can make knowledgeable purchasing decisions. Countries who are key importers of US products undoubtedly have a stake in the future of GE — especially if they require GE labeling domestically. Since labeling may increase demand for non-GMO products, the issue also affects our foreign trade policy. No matter which side of the issue you support, labeling puts pressure on the unanswered questions of GE’s impact on health and environment.