By Bluehawk | Sourced from DailyKos 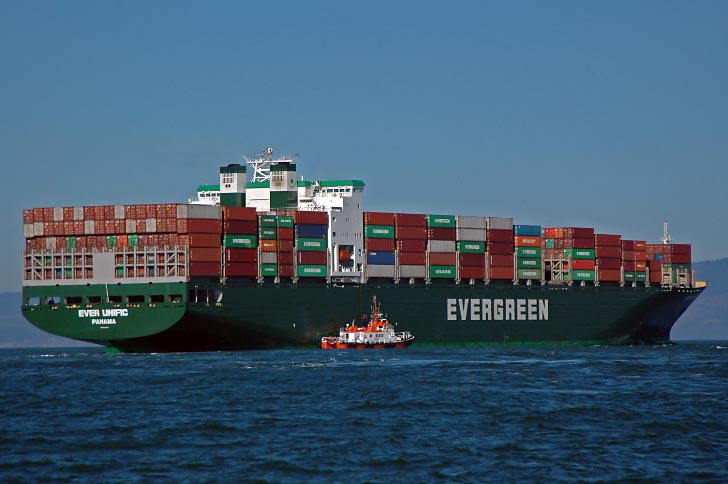 I was over looking longingly at an electric three wheeler kit when this artical popped up in the side bar. Sulphur Pollution of 15 Massive Container Ships Equal to That of 730 Million Cars

Coral reefs are the fish nurseries of the planet, and they are in trouble due to ocean acidification among other things.   I had read that ocean acidification was due to the increase in CO2 levels, but it seems that CO2 may not be the primary actor in the acidification of the sea lanes, carbonic acid H2CO3 is a weak acid and H2SO4 is a strong one, and it seems that the Super Container Ships are dosing the ocean with SO4 as they go.

There are no air pollution regulations in International Waters, so the super ships have been set up to burn the leftover fraction from the refining process, asphalt so thick that when it is a room temperature it can be walked upon.

The ships have massive diesel engines, burning tons of fuel an hour (that would be happier with a fuel with less sulphur content and can be fitted with filters to remove the micro-particulates, but they just let them spew.)

The particulates from shipping sources are estimated to cause 60,000 additional deaths in the US per year from exacerbation of asthma and heart disease.
http://www.newscientist.com/…

The EPA is supposed to have regulated shipping sourced pollution in a band around the US starting in 2010. Does not look like the EPA ever was able to publish those regulations. When I look them up, a cursory search does not turn anything from 2010 or 2011 up.

If not for the people, think of the coral the marine animals and the fish that depend on them. Ocean acidification another hidden cost of the China Trade.