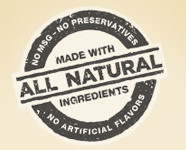 A lawsuit was filed against Frito-Lay a few weeks ago in federal court for marketing snacks as natural that contain genetically modified, or GMO ingredients. The lawsuit, filed by the law firm Milberg LLP, has one plaintiff, Julie Gengo of Richmond, California. The New York City based Milberg has offices in Los Angeles, Tampa and Detroit.

Frito Lay’s website still states: “We’re proud to make so many of the Frito-Lay snacks you love with all natural ingredients.” Last April, Frito-Lay announced that about 50 percent of its product portfolio will be made with “all natural” ingredients by the end of this year. A press release called it the “largest product transformation in the company’s history,” and went on to state that the products will not contain “any artificial or synthetic ingredients.”

Apparently GMO ingredients are considered to be “all natural” to Frito-Lay.Perhaps the powers that be at the company need to read the World Health Organization’s definition of GMO:

“Genetically modified organisms (GMOs) can be defined as organisms in which the genetic material (DNA) has been altered in a way that does not occur naturally. The technology is often called ‘modern biotechnology’ or ‘gene technology,’ sometimes also ‘recombinant DNA technology’ or ‘genetic engineering.’ It allows selected individual genes to be transferred from one organism into another, also between non-related species.”