By Mark Ames, The Exiled

With violence and government crackdowns making headlines from so many familiar parts of the world, there’s hardly been a peep in the media about the biggest and ugliest massacre of all: Last Friday in Kazakhstan, riot police slaughtered up 70 striking oil workers, wounding somewhere between 500 and 800, and arresting scores. Almost as soon as the massacre went down in the western regional city of Zhanaozen, the Kazakh authorities cut off access to twitter and cell phone coverage – effectively cutting the region off from the rest of the world, relegating the massacre into the small news wire print.

Keep in mind, the oil company whose workers are striking for better pay and union recognition, KazMunaiGaz, is “owned” by the billionaire son-in-law of Kazakhstan’s Western-backed president-for-life. Among Kazakhstan’s leading American partners are Chevron, whose website boasts, “Chevron is Kazakhstan’s largest private oil producer” – adding this bit of unintentional black humor:

“In Kazakhstan, as in any country where Chevron does business, we are a strong supporter of programs that help the community.” 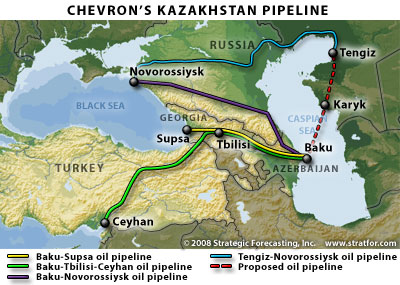 Click here to go to the article on Reader Supported News