…Some roots and shoots of the #Occupy phenomenon…

As pointed out in a recent Crimethinc. text circulating among the new occupiers, “occupation” is not a new concept. Manifest Destiny-minded lunatics have been using the strategy of “occupying” land and refusing to leave for couple centuries in the US, for example. Obviously, the current use of the term has a very different meaning.

As evidenced by all the Guy Fawkes masks, the tendency is clearly more along the lines of guerilla subversives than it is an empire’s colony.

But there’s still noteworthy history worth reflecting on. And, as the EF! Newswire has been bombarded with updates from #occupy-related* action, we’ve found that there’s certainly some history-in-the-making that is also worth a comment.  Here’s a small collection of things we found most interesting to contribute to the dialogue.

ROOTS: The Coalition Against Nukes (CAN) dug up some original footage from the 1979 Wall Street occupation by anti-nuke activists. Its worth a watch.

SHOOTS: The proposed Belo Monte Dam site in Brazilian Amazon was occupied last week by 400 representatives of local communities last week, also blocking the Trans-Amazon highway in the process. In the midst of the heated battle against the project, indigenous people of Xingu River basin issued a local statement using #occupy references and closing with this: “If the Brazilian government continues to insist on violating our rights, other resistance actions shall come.”

ROOTS: As the plot of our global economy thickens, the Greek Prime Minister claims he will send the crisis/austerity issue to a vote of the people (voting is compulsory in Greece.) But, nobody voted to get into this shit, and it seems people are waking up to the fact that we can’t vote to get out… Let’s hope they re-occupy Syntagma Square instead. On a side note, the political trial of Epanastatikos Agonas [EA, or Revolutionary Struggle] continued yesterday in Greece, still without conclusive outcome. Updates and court transcripts can be seen here—but they are in Greek, so you may have to brave through Google Translate to get the gist of it.

SHOOTS: Forty-eight hours after the police eviction of Occupy Oakland last week, using crowd control weapons, which injured people, the fences were torn down and park was retaken. Now they have called for a general strike of workers and students for, today, Nov 2. The Longshoremen agreed to shut down the area’s ports in solidarity with the call. Keep up with the events here as they unfold today.

ROOTS: Sounds like there maybe an “Occupy the World” action plan shaping for Nov 11; perhaps a renewed message of global solidarity reminiscent of the massive worldwide strikes that followed the Haymarket Affair of 1886?

SHOOTS: Meanwhile, autonomous, #occupy-themed actions continue to arise in unexpected places. Anyone ever heard of Lyons, Nebraska? Apparently they’re occupying the pasture out there. Or it could be a joke. I guess that’s the mystery of ‘revolution’ via Facebook.

ROOTS: While we’ve yet to hear any specific plans for commemorating the bicentennial anniversary of the Luddite rebellion against industrial society on Nov 4, things are in the works, and we’re keeping our fingers crossed! 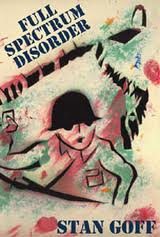 SHOOTS: And finally, a longtime EF!er sent us the following reflection on a seemingly scattered strategy of the 400+ occupations around the world (which was borrowed from Stan Goff, Retired U.S. Army Special Forces, in his book Full Spectrum Disorder: The Military in the New American Century, Soft Skull Press, 2004):

“In most cases, 10 actions against 1 adversary in 10 weeks—each designed to disorient one’s adversary, even if they are not perfect actions—will be more effective than 1 action in 10 weeks that is part of a highly formal strategic scheme. This puts us inside the “decision cycle” of the human beings against whom we are taking action & strips them of the most important intangible of any conflict: initiative…

Sometimes the best thing to do is to just stir things up and see what happens. Then take advantage. As long as you are doing the stirring, you have the initiative.”

*For all you technophobes (like myself) who are curious about what the “#” means before the word “occupy”.. It’s called a hashtag—some internet language thing for using twitter.  Although I don’t really know what that means, it’s the most I could figure out before losing interest.