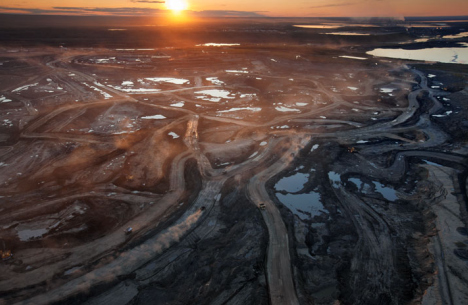 The State Department has admitted their environmental review of the proposed Keystone XL tar sands pipeline was conducted by a contractor paid for by the pipeline company itself, a potentially illegal conflict of interest first reportedby ThinkProgress Green. The Canadian tar sands company TransCanada has applied to construct a major pipeline through the United States to pump tar sands crude to Texas refineries for the international oil market, and is awaiting approval by Secretary of State Hillary Clinton and President Barack Obama. The State Department’s approval hinges upon a positive Environmental Impact Statement (EIS), required by the National Environmental Policy Act to assess whether the pipeline is in the national interest.

A State Department official has admitted to the New York Times that the EIS was conducted by a company chosen and paid by TransCanada itself, flouting NEPA’s conflict-of-interest rules:

[Kerri-Ann Jones, the assistant secretary of state for oceans and international environmental and scientific affairs] said that TransCanada had managed the bidding process and recommended three candidates with Cardno Entrix topping the list. The department vetted Cardno Entrix by consulting with other agencies like the Bureau of Land Management. TransCanada pays the consultant directly, but would not reveal the amount.

That Entrix was contracted by TransCanada to conduct the EIS first reported by ThinkProgress Green, now confirmed by the New York Times.

“Cardno Entrix did submit a disclosure statement acknowledging that it was paid $2.9 million to handle the environmental review of an earlier pipeline in the Keystone network,” the Times reports. “It did not mention another project it had done for TransCanada, consulting on a natural gas pipeline that runs through Wyoming, Montana and North Dakota.”

A spokesman for TransCanada, Terry Cunha, told the New York Times that his company had recommended contractors to the State Department based on “technical ability, experience, and appropriate personnel.” But he said the final contract for the environmental assessment “provides that Department of State directs Entrix. As a result, we don’t have a direct relationship with Entrix.”