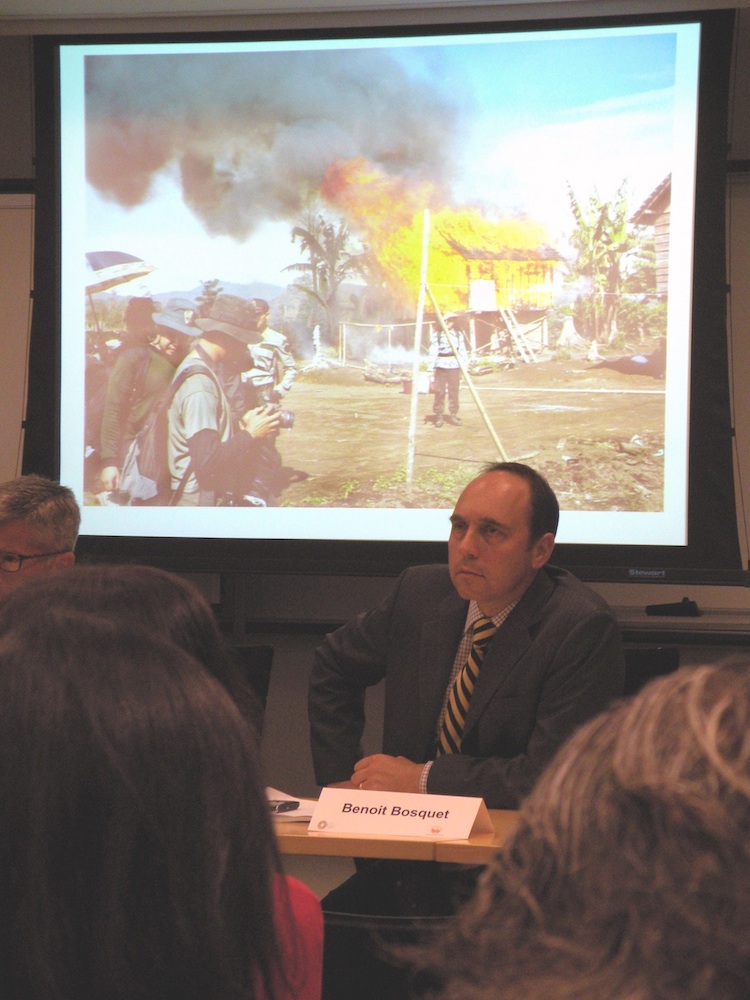 Benoit Bosquet, Coordinator of the World Bank’s Forest Carbon Partnership Facility, defends the bank’s role in “forest conservation” in Indonesia, where forest-based communities have been forcibly evicted at gunpoint, and their homes burned to the ground. Behind him is a photo of one such eviction. Photo: Petermann/Global Justice Ecology Project To read the full article about REDD in Indonesia in our blog Climate Connections, click here ———————————————————————————– GJEP’s photos of the month usually feature the work of Orin Langelle, GJEP’s Co-director/Strategist, who is also a professional photographer. This month, with the World Bank annual meetings just passed and the UN Climate Conference in Durban, South Africa coming up soon, we decided to post this photo by GJEP Executive Director Anne Petermann. Orin Langelle is currently working on a book of four decades of his concerned photography. From mid-June to mid-July Langelle worked on the book as an artist in residence at the Blue Mountain Center in New York’s Adirondack Mountains. Also check out the GJEP Photo Gallery, past Photos of the Month posted on GJEP’s website, or Langelle’s photo essays posted on GJEP’s Climate Connections blog.