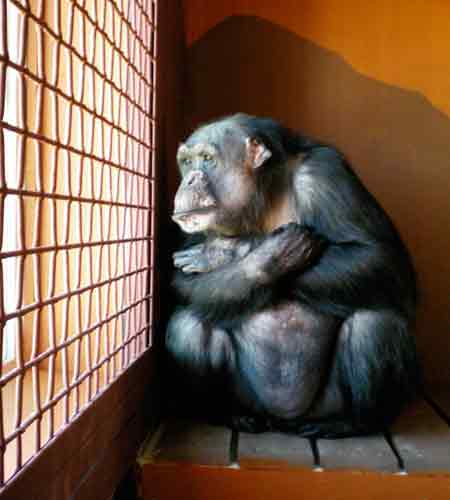 Resurrecting a heated debate that began in 1987, a petition has led the U.S. Fish and Wildlife Service (FWS) to announce that it has initiated a review of whether it should “uplist” the status of captive chimpanzees from “threatened” to “endangered.” The 144-page petition, spearheaded by the Humane Society of the United States (HSUS) and endorsed by seven other groups, contends that endangered status will grant protections under the Endangered Species Act that do not currently exist for the estimated 2150 captive chimpanzees that now live in the United States. “The current status does not help conservation,” says Kathleen Conlee of HSUS.

Much of the petition focuses on the “sanctioned exploitation” of captive chimpanzees by the entertainment industry, as well as on the existing U.S. laws and regulations that allow people to keep the primates as pets. But these categories only account for about 260 animals; nearly half the captive chimp population consists of animals in biomedical research laboratories, which the petition claims are “often inhumanely treated.” The petition does not address current U.S. Department of Agriculture regulations that monitor these laboratories, but insists that an uplisting by FWS will improve their lot. “It is clear that exploitation of this species for biomedical purposes has not positively benefitted chimpanzees in captivity or in the wild; in addition to resulting in mistreatment of individual chimpanzees, such use actively undermines chimpanzee conservation,” the petition states.

read the rest of the article here